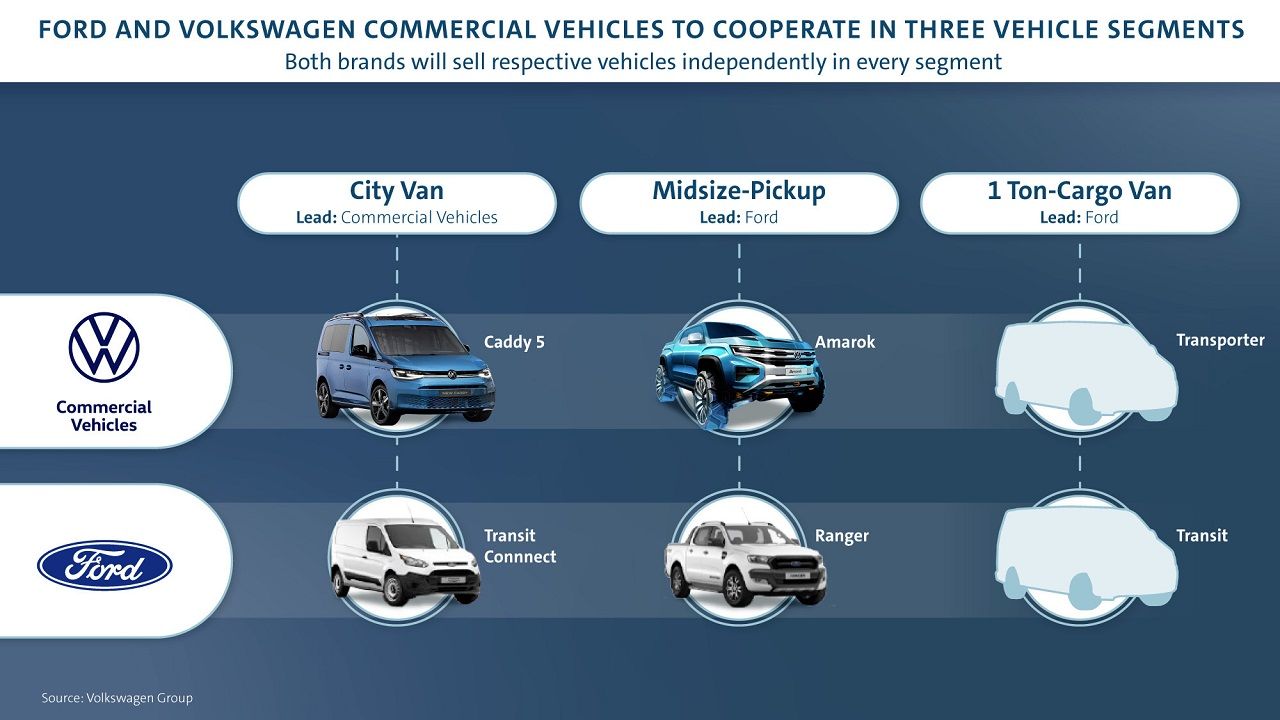 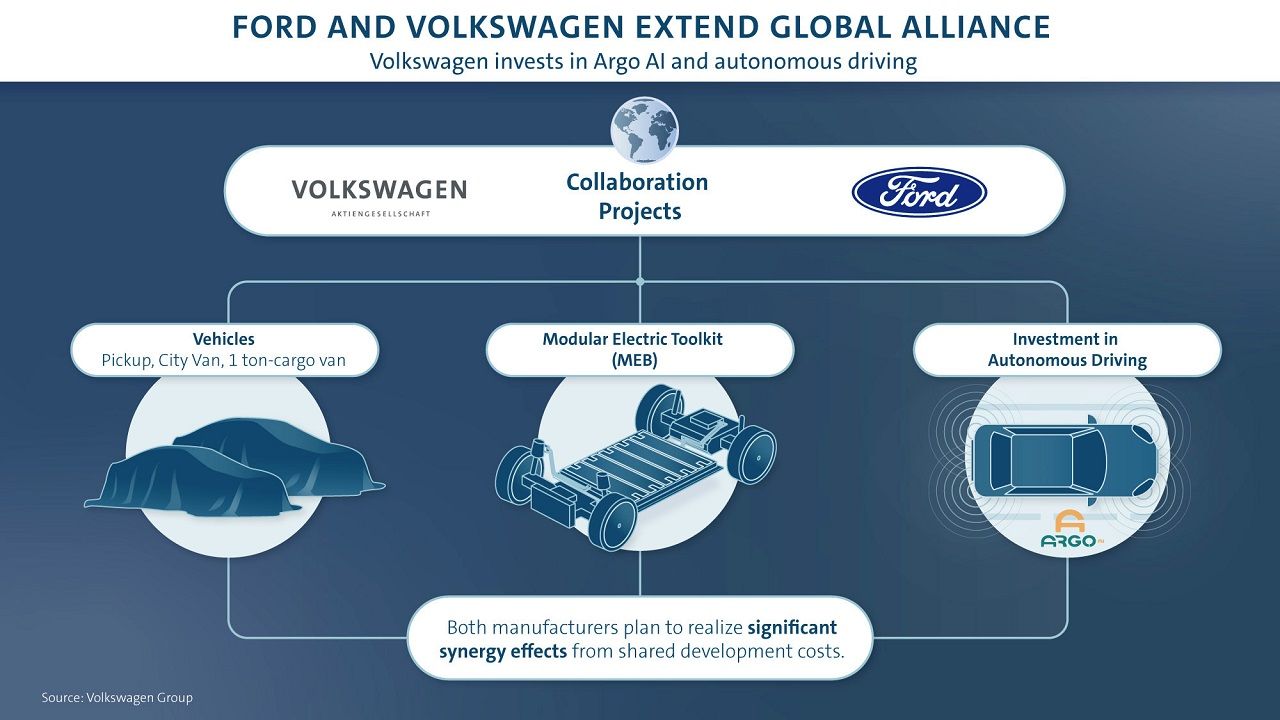 Ford and Volkswagen have outlined the details of their partnership. The global alliance between the two will result in a number of platform-sharing commercial vehicles and EVs.

Two years after joining hands for a ‘strategic alliance’, Ford and Volkswagen have now announced the future plans of their partnership in a detailed statement.

As part of their joint efforts, Ford will develop and produce a mid-size pickup (next-gen Ranger) and a one-ton commercial van (Transit), and these platforms will be shared with Volkswagen for the next-gen Amarok and Transporter, respectively. Volkswagen, on the other hand, will develop a small city van (Caddy) for the two brands. These new commercial vehicles are expected to go on sale from 2021, starting with the new Caddy. The next-gen Ford Ranger / VW Amarok is expected to be launched in 2022.

Ford and VW will also be working together to develop electric vehicles and autonomous technology. Thanks to this alliance, Ford will be able to use Volkswagen’s electric MEB (Modular Electric Toolkit) platform to design and build its own fully electric vehicle for the European market. Ford hasn’t divulged any details on that, but the company says it’ll be a high-volume product. Ford expects to sell over 600,000 vehicles using the MEB architecture over six years, with a second all-new Ford model for European customers under discussion. Ford’s first MEB-based product will go on sale in 2023.

In addition to that, Volkswagen will be joining Ford in investing in Argo AI – an autonomous vehicle platform company. VW will invest $2.6 billion in Argo AI – $1 billion in funding and $1.6 billion by contributing its Autonomous Intelligent Driving (AID) company with a workforce of over 200 employees. The tie-up will allow both Ford and VW to ‘integrate Argo AI’s self-driving system into their own vehicles.’

Last but not least, the Volkswagen-Ford global alliance is not a cross-ownership between the companies, meaning they will continue to be competitors in markets across the world.