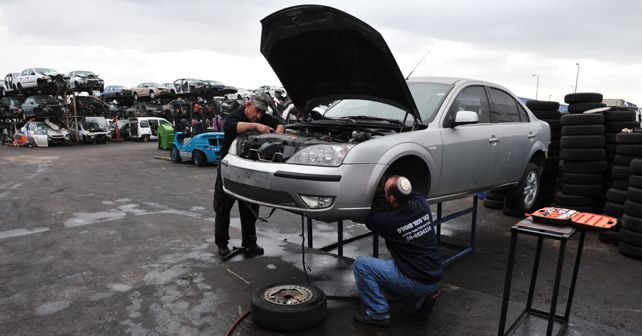 *Image for representation purpose only.

Maruti Suzuki has taken the first step in formalising the End-of-Life Vehicle (ELV) recycling process in the country by announcing a Joint Venture (JV) with the Toyota Tsusho Group. The new JV, Maruti Suzuki Toyotsu India Private Limited (MSTI), is headquartered in Delhi and will set up its first ELV dismantling & recycling unit in Noida, Uttar Pradesh. The unit, with an expected capacity of processing around 2,000 units per month, is expected to start operations from Q3 FY2020-21.

MSTI will be responsible for procuring ELVs from authorised Maruti Suzuki dealers and from individual owners as well. From there, the vehicles will be dismantled as per international practices (removal/disposal of all fluids, followed by the final dismantling and segregation of plastic/glass/metal parts) at the Noida unit. At the end of the process, the respective vehicle owners will be issued a formal vehicle destruction certificate that can be used at an RTO for the vehicle de-registration process. 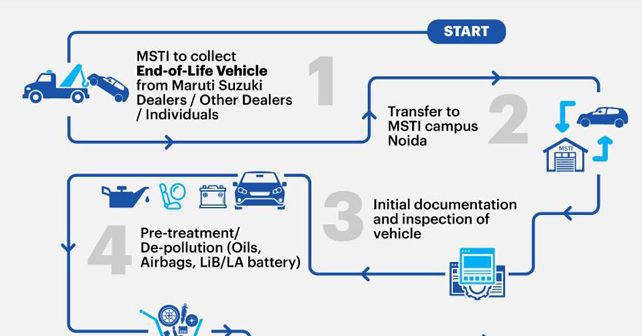 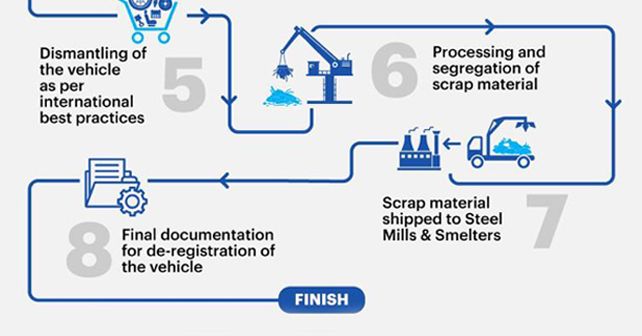 Announcing the initiative, Mr Kenichi Ayukawa, MD & CEO, Maruti Suzuki India Limited, said, 'Maruti Suzuki strongly believes in responsible recycling of vehicles after the end of its useful life. Through this Joint Venture, MSTI, we aim to promote recycling and support in resource optimization and conservation while using environment-friendly systems and processes. The scrapping of older vehicles in a scientific and environment-friendly manner will help to reduce pollution and also make the roads safer. A team of experts at MSTI will dismantle the vehicles using international technology and global standards.'

At the occasion, Mr Naoji Saito, CEO (Metal Division), Toyota Tsusho Corporation said, 'Toyota Tsusho has started ELV recycling since the 1970s in Japan. We believe that we will be able to contribute to Indian society through our knowledge and experience for ELV business. The first vehicle dismantling and recycling unit of MSTI is just the initial step and we are eager to expand to a pan-India base with Maruti Suzuki.'

While MSTI's recycling & scrapping processes comply with all the government laws & regulations, it is worth noting that the scrapping done by MSTI will not entitle the vehicle owners to any kind of subsidy/rebate on their next vehicle purchase. The subsidy, however, is suggested in the government's soon-to-arrive ELV scrappage policy. As MSTI will operate as a private venture, do not expect any such benefits.