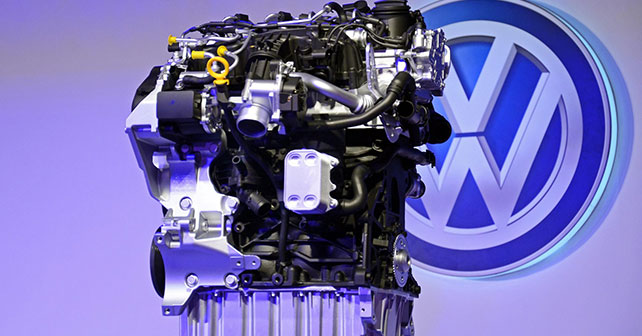 In an effort to increase the level of localisation in their vehicles, Volkswagen India has taken the step to start local assembly of its new 1.5-litre TDI engine at its plant located in Chakan, Pune by the end of this year.

A press release issued by Volkswagen stated that the company has invested Rs. 240 crore 'in this first step of engine assembly and production of parts and components at suppliers.'

“Our investment in this state-of-the-art engine assembly line which incorporates a sophisticated and full-fledged engine testing facility at our Pune Plant in Chakan is the next important step in strengthening our commitment towards India. With this, we take a significant leap towards enhancing our localisation in India," said Volkswagen India Private Limited director Mahesh Kodumudi.

The new engine assembly line will be integrated into the existing structure of the Volkswagen Pune Plant in Chakan. The line will function over a total floor space of 3,450 square meter. Over 260 additional direct jobs will be created in the Pune Plant alone, not counting the additional jobs created at the Indian suppliers who will be producing and supplying certain parts and components for this engine in India. The new line can assemble over 98,000 engines in a three-shift-system at full capacity. The locally assembled engine will be used in the recently launched new Polo and the Polo GT TDI.

The news of Volkswagen India further increasing the localisation of its cars comes on the heels of the launch of its facelifted Polo.