Home » Opinion » Jens Meiners » A battle of the heavyweights

A battle of the heavyweights 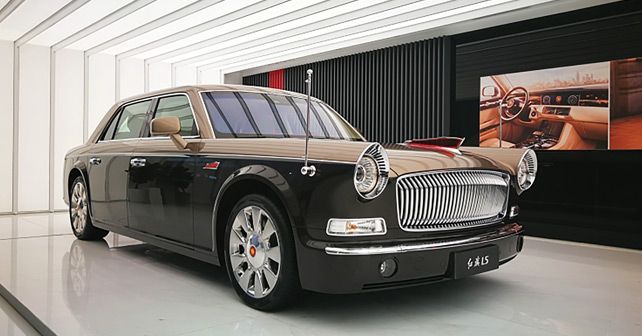 The US and China face off again – but this time it’s the battle of the auto shows!

It happened again. The auto shows in New York and Shanghai were unable to coordinate their schedules. The ensuing overlap made it almost impossible to visit both events. Or was it another power game? Both events are worth attending. I chose New York and had an associate cover the Shanghai auto show.

In China, there’s still a remarkable (and growing) diversity in the landscape of manufacturers. Now the largest car market in the world, it features a strong footprint by all major international corporations. But, beyond that, new car brands keep appearing – virtually out of nowhere. Some of them offer basic mobility, and there are still some copycats as well. Plus, e-mobility sometimes comes in inexpensive and basic forms.

On the other hand, China features start-ups with high-tech cars that meet the most advanced international standards. Just take a look at the Model U by Hozon, which features integrated screens in the A-pillar. Or the concepts by Quiantu, with their ultra-futuristic interiors. And Qoros has shown another fascinating concept, with a strong design team building on the heritage created by Gert Volker Hildebrand. I could go on, with a long list of promising local carmakers.

Among the established carmakers, Volkswagen wowed us with a number of conventionally powered and fully electric concepts and production cars. Clearly, VW is ready for any kind of scenario, and the company still knows how to make cars that resonate with enthusiasts.

But our favourite car of the Shanghai auto show was the Hongqi L5 ‘Red Flag,’ a luxury sedan with a 408-horsepower V12 modelled after the CA770 sedan launched in the mid-1960s. It’s very specific Chinese interpretation of an ultra-luxurious sedan for corporate and government use. And it shows that China has a proud automotive heritage.

At the same time, across the Pacific, in North America, the New York auto show kicked off with the announcement that the Jaguar I-Pace has become World Car of the Year. It’s the crowning achievement after the I-Pace has raked in a large number of industry awards, including the German Car of the Year and European Car of the Year awards. Now, these accolades need to be translated into sales.

A few brands were missing in New York – Volvo failed to show up, as did BMW, and some luxury and performance brands were represented by rather mediocre dealer displays. But the others made up for it, with elaborate displays and fascinating concept and production cars.

In my opinion, Hyundai’s luxury brand Genesis took the cake with a beautifully sculpted, compact coupe called the Mint. Like every other concept car these days, the Mint is fully electric, but it also hints at the evolving styling language of the brand. 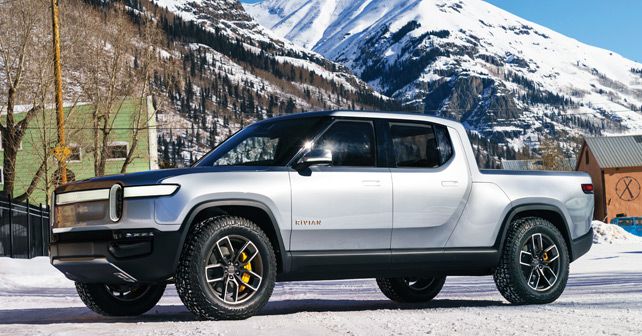 I was less impressed with the other attention-grabbing electric at the New York auto show, the vaunted Rivian SUV and the pick-up truck. With a massive financial tailwind provided by Amazon and government subsidies for reviving a defunct Chrysler-Mitsubishi plant, Rivian wants to capture the hopeful EV market with a line-up of pickup trucks and SUVs. Yet the prototypes shown in New York seemed unfinished, and the cargo space of their pickup truck barely qualifies as ‘mid-size.’ Post-show, we hear that Ford is teaming up with Rivian to build EVs. I call that outsourcing and controlling risk, and it makes me remember Ford’s failed investment in the Norwegian Think brand of EVs.

The counterpoint to these electric trucks are the ‘heavy-duty’ pick-up trucks by Ford, GM and Chrysler, which are offered with increasingly powerful V8 petrol and turbo-diesel engines. The heavy-duty trucks have distanced themselves from regular full-size pickup trucks, and their attitude resonates especially well with present-day America.

Here’s another trend – manual transmissions, at least in the top performance segment. Porsche is launching the limited-edition 911 Speedster with a high-revving naturally aspirated engine and a perfect six-speed manual transmission. And I hear that Audi may bring back a manual R8 as well. Many US customers will rejoice.

In the North American luxury segment, Lincoln seems to be overtaking Cadillac. Following the dismissal of CEO Johan De Nysschen, Cadillac has been in reverse gear – the headquarters have moved from New York City to a dusty Michigan suburb of Detroit, the high-performance V models are phased out, and GM CEO Mary Barra has alluded to an end to the production of the just-facelifted CT6. The new CT5 looks promising, but we’ll withhold judgment until we drive it.

While Cadillac’s interpretation of American luxury in the mould of European performance cars has been aborted, Lincoln continues to turn out luxury cars with an emphasis on comfort, softness, and plenty of ‘surprise and delight’ details. Maximum performance is not part of the equation, and that is somewhat refreshing. The new compact SUV called Corsair is yet another impressive example of Lincoln’s somewhat unique approach.

Both the New York and the Shanghai auto shows provided a promising look ahead. Indeed, I suspect that going forward, progress will mainly happen in North America and Asia. Meanwhile, Europe’s automotive sector is undergoing a politically fuelled self-immolation that may finish it off for good.

"Yet the (Rivian) prototypes shown in New York seemed unfinished" This is an awfully nebulous comment. It provides very little insight on why you're "not impressed." Everyone is entitled to an opinion, but I would expect more details from a seasoned auto journalist to back their "impression." Curious to know what in particular you felt was unfinished.