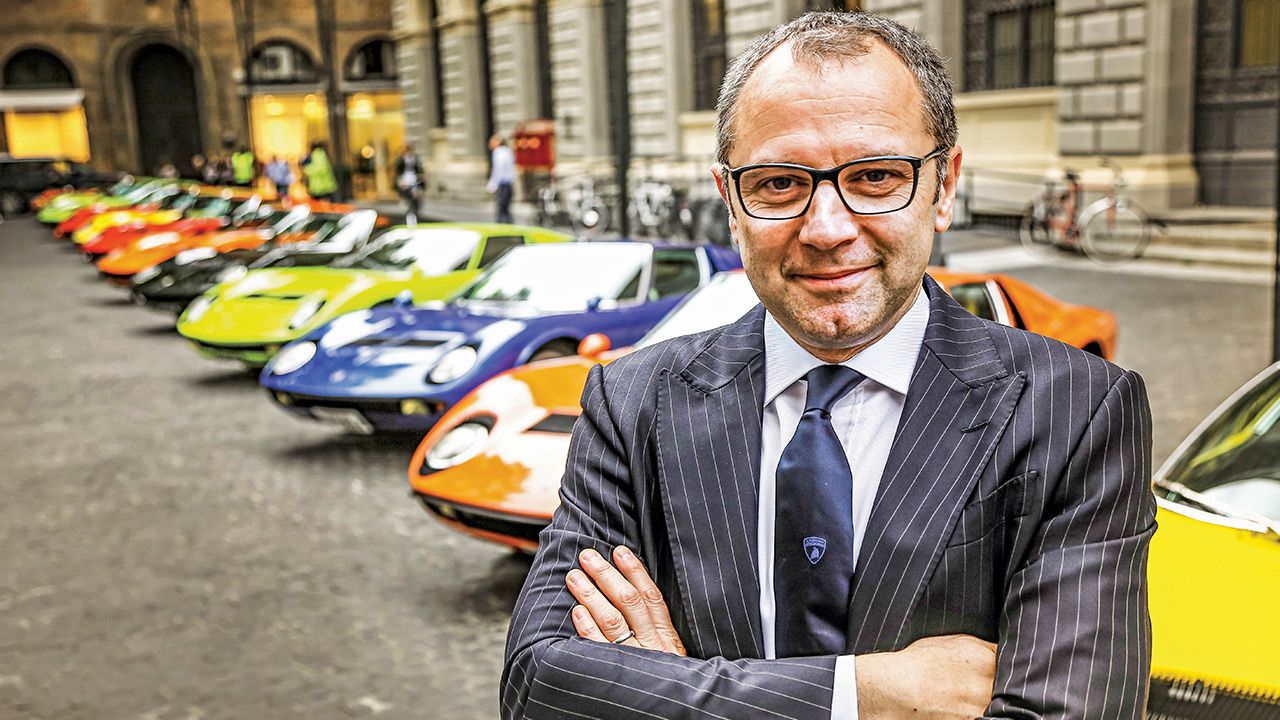 A good man at the helm.

It’s been on the cards for some time that Formula 1 Chairman and CEO Chase Carey would stand down as soon as the commercial agreements for the future were signed. And so the recent months have seen Liberty Media boss Greg Maffei quietly trying to find a suitable replacement.

Maffei was originally keen to get Mercedes F1 boss Toto Wolff, and last year the Austrian even made a couple of visits to Liberty’s headquarters in Englewood, a suburb of Denver in Colorado, but there was a hitch. You see, since at least 2009, there’s been a clause in the F1 commercial agreements stating that Ferrari (or rather ‘The Longest Standing Team’) must give written consent for the appointment of a new CEO for F1 if the person in question has held a senior executive role or been a shareholder (with more than a five percent share) in any team in the three years prior to the appointment.

Ferrari, thus, had the right to refuse Wolff and duly did so. Ferrari CEO Louis Camillieri justified this by saying that such an appointment would ‘automatically create conflicts of interest, perceived or otherwise. If Mattia (Binotto) was the candidate to replace Chase Carey, I think the rest of the paddock would not be too happy with it. It’s just logical.’

With Wolff blocked from the position, Maffei is believed to have tried to recruit a television industry executive for the role and turned to South African-born Stephen van Rooyen, who had been running Sky’s UK operations. It seems that Sky’s owner Comcast was keen to keep Van Rooyen, and, in January, added Sky Italia and Sky Deutschland to his role, which convinced him to stay where he was. 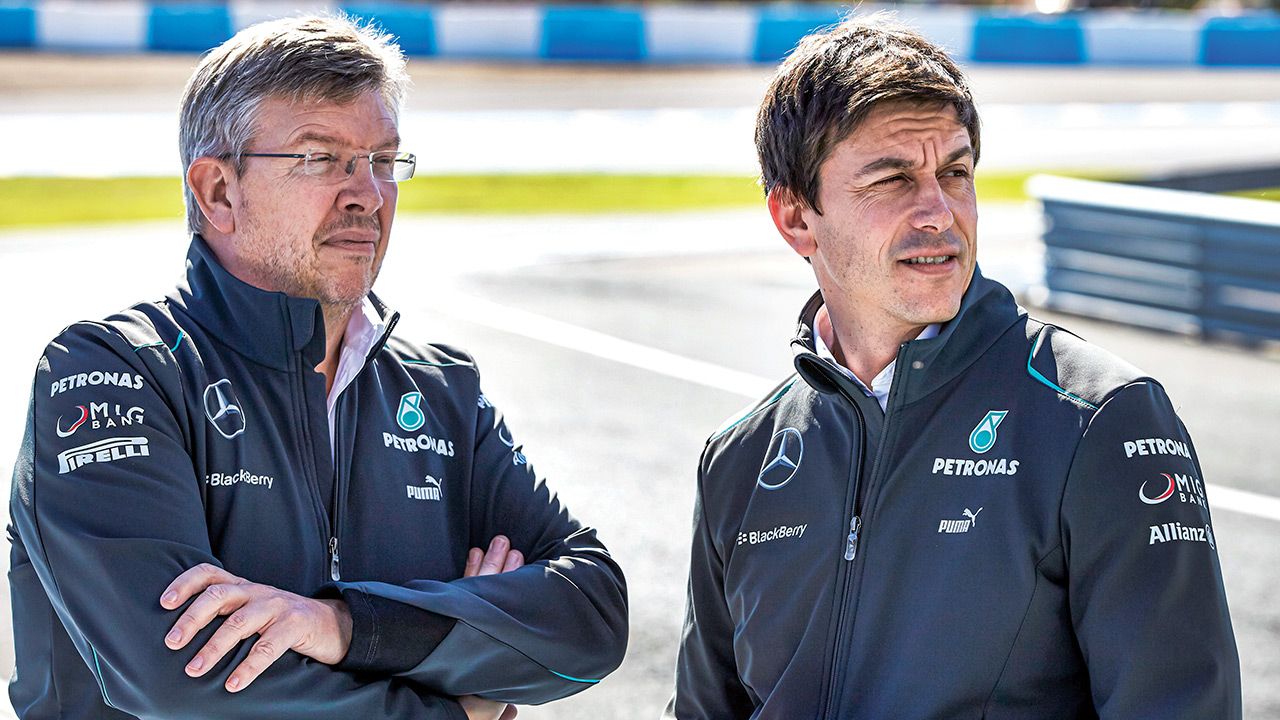 And so he decided to approach Lamborghini CEO Stefano Domenicali, a man with an impressive pedigree in F1 before he departed to join VW in 2014. Initially, he was taken on by VW to look into a possible Audi F1 programme, but his proposals – which seem to have centred around Red Bull Racing – were rejected. But then, in 2015, Volkswagen CEO Martin Winterkorn changed his mind and decided to go ahead, only to fall victim to the diesel emissions scandal almost immediately afterwards. This meant that Domenicali was appointed CEO of Lamborghini early in 2016. The approach from F1 has come at a good time for Domenicali, as rumours in Germany suggest that Volkswagen AG boss Herbert Diess is beginning to restructure the Group, with this plan focussing on the firm’s big brands – i.e. VW, Audi, and Porsche – with plans to get rid of the smaller and more exotic car brands, such as Bugatti, Ducati, Bentley and Lamborghini.

Lamborghini has done very well under Domenicali, and looked like a possible IPO opportunity, but then the Covid-19 pandemic arrived. Stefano has, nonetheless, overseen an impressive period in the supercar company’s history, with sales climbing by 43% in 2019 from 5,750 cars to 8,205, thanks to the Urus SUV. Lamborghini has also developed its sporting operations under Domenicali – but there were never the finances to go into Formula 1 – as Domenicali would like to have done.

The offer to join Formula 1 came at the right time for all concerned.

If it was anyone other than Domenicali, with a background at Ferrari, questions might have been asked, as, at the moment, we have an ex-Ferrari man as the FIA President (Jean Todt), and another as the MD of racing at Formula 1 (Ross Brawn). But Domenicali’s well-established reputation for integrity means that this has barely been mentioned.

Stefano joined Ferrari in 1991, and says that growing up in the town of Imola meant it was almost inevitable that he would end up in motor racing. He was a fan from very early on and worked at the circuit when he was a teenager, before studying business administration and economics at the University of Bologna. He sent his CV to Ferrari and was hired to work in the accounting department. He then went through a series of different roles, including running the Mugello circuit. It is a little known fact that Stefano was licensed to be the clerk of the course and was race director of Mugello, organising MotoGP and DTM at the track. After that, he was posted to Maranello to work in human resources first, then sponsorship liaison, and then was appointed team manager. He later did a stint overseeing Ferrari’s F1 logistics before being named sporting director and team principal. He was then 42.

His background makes him well-qualified for the role of CEO of Formula 1, as he has an understanding of most aspects of the F1 business. He has sat on the World Motorsport Council for some years, has been president of the FIA Single Seater Commission. There really is nobody with such a relevant CV. Not even Wolff.

‘Stefano is just the real deal,’ says Toto Wolff. ‘We’ve had a very good relationship, simply because of his personality – you just have to get on with him. I think Stefano is foremost a man with a great personality, integrity, and knowledge of the sport. He’s been a sporting director, a team principal, he has gone through difficult times and successful times. I think he’s a very, very good choice for the role.’

Domenicali will start work at F1 on January 1, and it’ll be interesting to see where he leads F1 in the future. Chase Carey will still be in the background, as non-executive chairman, which will probably be helpful. There is particular interest about the future of Ross Brawn. He worked with Domenicali at Ferrari, but he is now 66 (the same age as Carey) and he may have decided that it’s a good moment to retire – particularly if he ever harboured ambitions for the top job.

When Liberty took over there was a lot of hiring, to create a proper structure but many of Ecclestone’s old guard remain, including the chief legal officer Sacha Woodward Hill, who has been with F1 since 1996; Ian Holmes, the global director of media rights, who joined in 2001; the chief financial officer, Duncan Llowarch, who joined F1 in 2002; and Chloe Targett-Adams, the director of promoters and business relations (who creates the F1 calendar), who was hired in 2009.

Among the post-Liberty takeover hiring’s are F1’s sporting director Steve Nielsen; Ellie Norman, the director of marketing & communications; Frank Arthofer, the global head of digital media and licensing; and recent recruit Ben Pincus, the director of commercial partnerships. It’s a strong group, by all accounts, and so while Domenicali will bring new ideas, there is likely to be some stability as well – all of which is good news for the sport.

Also read - Could Bernie Ecclestone be the mystery buyer of Williams Racing? 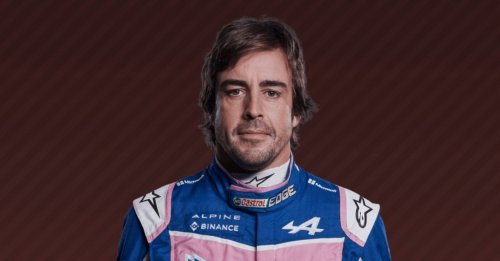 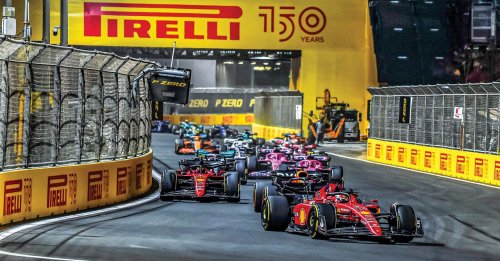 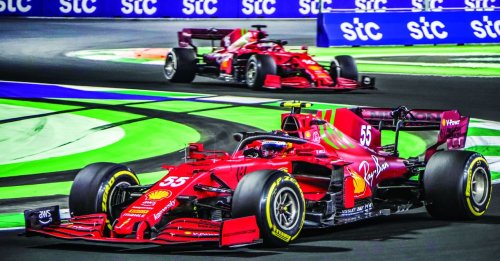