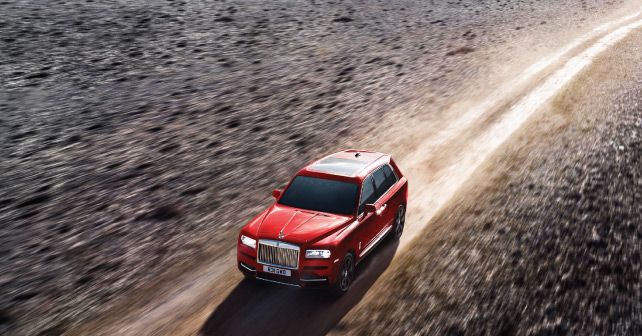 Karl takes a Rolls-Royce Cullinan where very few of its well-heeled owners ever will – off-road!

There’s no substitute for driving. Reading about something is one thing, but until you experience it, words don’t really mean a thing.

There was a famous case a few years ago when Chrysler was preparing to launch its Sebring convertible. It waxed lyrical about torsional rigidity and how confident it was that despite lopping off the car’s roof, there was enough stiffness in the chassis to mitigate any scuttle shake – a common issue in convertibles.

Even on the day of the launch, the PR managers – who had clearly only read the marketing guff – encouraged the motoring scribes to drive over potholes to experience how stiff the Sebring droptop was. Bad move. The first bump came and the windscreen wobbled so badly you could hardly recognise objects in the rear-view mirror.

Reading the press release, you would have sworn this was impossible. But there it was, as plain as daylight.
It was similar with the launch of the Rolls-Royce Cullinan recently. The tagline is ‘Effortless, Everywhere,’ and while the notion rolls of the tongue (or off the keyboard) quite easily, in practice you find out the real story.

We were meant to head up to a narrow track leading up a hill and onto a grass paddock where we could explore the suspension’s suppleness, as it traversed over the bumpy surroundings. Hardly off-roading, despite being encouraged to press the “off-road” button.

Sure, the car lifts up ready for action and the press release says the stability control gets itself ready, looking for slippage and ready to counteract at a moment’s notice. So, when I said to the slightly nervous driving instructor next to me that I was going to try a different route, the beads of sweat started to build on his brow.

The grass surrounding the track was very wet thanks to light showers that soaked the ground throughout the early morning. And, as anyone who understands wet grass understands, it’s a rather slippery surface. A good challenge, then.

There was a steeper section that veered away slightly and then led back to the path. Sure, it was a little close to a fence, but you don’t get many chances to try these things, as there aren’t a lot of press vehicles around at the moment. So, let’s give this a shot.

We climbed up slowly, a couple of inches at a time, not with a lot of speed so that we don’t bounce off the undulations – after all, you’re talking about an air-sprung vehicle that weighs nearly 2.7-tonnes. The first slip was caught by the traction control, and without touching the brake (it’s doing that for us), we press on. The photographer was loving it, but the instructor was doing mental maths, adding up the cost of any panel damage as we get closer to the fence.

Suddenly, the whole car loses grip and slides to the left, giving us less than a foot of clearance before we hit barbed wire. Sinking into the dip, the engine is working fine but the tyres and stability control aren’t happy and it continues to spin, sliding even further.

And that’s as far as we got with anything approaching some genuine off-roading. To be fair, it was running on road pressures, road tyres and 22-inch rims – the worst combination you could get. But the tagline of ‘Effortless, Everywhere’ is a big call, and one that couldn’t be upheld in this situation.

I have no doubt that with less pressure in the tyres, with 21-inch wheels and with a bit more momentum, it would have been possible. But as someone who has done a fair bit of off-roading, I’m fairly aware of what is achievable and what isn’t. Will someone who has just bought a Cullinan be as experienced or as circumspect?

Again, doing some reading won’t help you. It’s time spent in the mud and making a few mistakes here and there that gives you the foresight for other situations.

Ignore the press releases. There’s no substitute for driving.