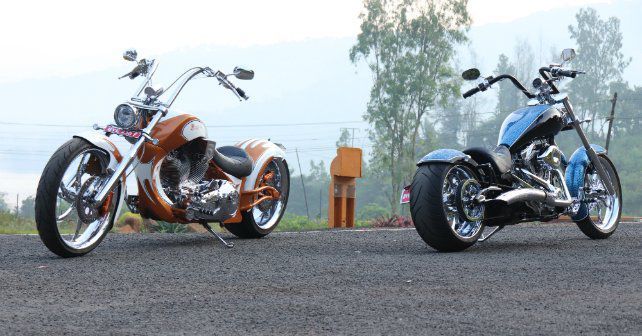 With the launch of the Rudra and Pravega, Avantura heralds a new dawn for motorcycling in India

From supersport motorcycles, street fighters to cruisers and adventure tourers, over the past few years India has got almost every kind of motorcycle there is. And I say ‘almost’ because, until now, you couldn’t quite get your hands on a chopper – unless you took your motorcycle to a specialist who could modify it that is.

Spotting this gap in the market, three blokes got together to establish Avantura Choppers – India’s first and only chopper motorcycle brand. This Mumbai-based bike-maker sources some key parts from abroad and builds its swanky choppers right here in India. They’re starting with two models – the Rudra and Pravega – and we got our first taste of these genuine choppers in India when we took both for a spin on the hilly roads of Mulshi recently. 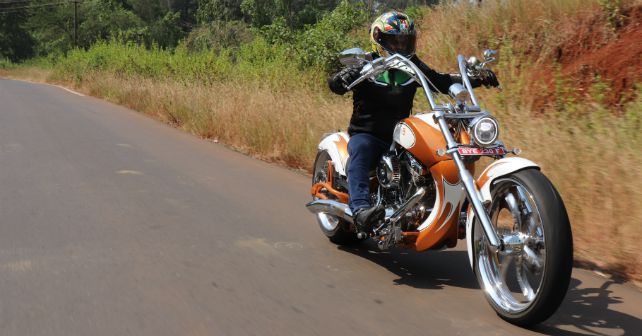 Two words that describe the Rudra and Pravega perfectly – long and shiny. Like you’d expect from a chopper, both offerings have generous doses of chrome. The tall handle bar, long rake and wheelbase, low seating posture, wide tyres and the funky paint all come together to give these two the street presence of an authentic chopper. To achieve that, Avantura Choppers has had a lot of valuable inputs from Kevin Alsop, founder of Big Bear Choppers – who they’ve managed to rope in as their Chief Design Engineer. Further, to give customers the chopper experience without compromising on comfort, they have lots of customisation options to choose from. You can select the handlebar and position the footpegs of the motorcycle according to your height and comfort. The customer works closely with the production team to not only select the fender options, wheel choices and the colour combination of their bike but also to ensure that it’s built to his or her size. Avantura Choppers had two versions of the Rudra for us to experience just how much of a difference these customisation options can make to the overall riding experience.

Coming to the motorcycles in question, at 2,908mm, the Rudra is the longer of the two bikes. The Pravega, on the other hand, is 2,627mm in length. Well aware of the condition of the roads in our country, Avantura Choppers has ensured that both these motorcycles have a respectable ground clearance of 150mm, despite their over 2,000mm wheelbase. The seats have been sourced from the US, and they’re very comfortable. Build and paint quality is impressive, but the exposed cables rob the bikes of some of their charm.

All about the V-twin

Apart from the seat, Avantura Choppers sources a lot of its parts from specialist companies abroad – the engine is from S&S, the brakes from Beringer, and the tyres from Avon. First, let’s get to the heart of the matter. Both these motorcycles are powered by an air-cooled 2,000cc V-twin motor. Since they’re currently in the process of being homologated by ARAI, Avantura Choppers haven’t given us the peak power and torque ratings as yet.

Thumb the starter, and the engine comes with life with a loud, likeable roar. The engine has a very mechanical feel to it, much like some Harleys. Riding at low speeds, or going fast, there are vibrations – thankfully they aren’t very disturbing. Being a torquey motor, both the motorcycles pull with a sense of urgency that actually takes you by surprise the first time around. From riding at around 70km/h in sixth, to pushing beyond a ton in third, these choppers feel right at home performing both functions. The Rudra tips the scale at 344kgs, while the Pravega is 347kgs, but, even then, the engine doesn’t struggle at the slightest to propel either forward. But, being a high-displacement air-cooled unit, the engine heats up pretty quickly. However, the bikes we rode weren’t fitted with heat shields near the foot pegs and on the pipes. Avantura says these will be fitted on customer motorcycles.

Both motorcycles come with a Promo 6-speed transmission by Rivera. The transmission shifts precisely, but lacks feel – especially when upshifting. On our short ride on the Rudra, it kept showing false neutrals on the instrumentation. Fortunately, this wasn’t an issue with the Pravega – even though it’s been fitted with the same transmission. That being said, on both motorcycles we did struggle to get N to illuminate on the dash when at a standstill. The clutch action is heavy too, which can make driving in traffic quite painful. 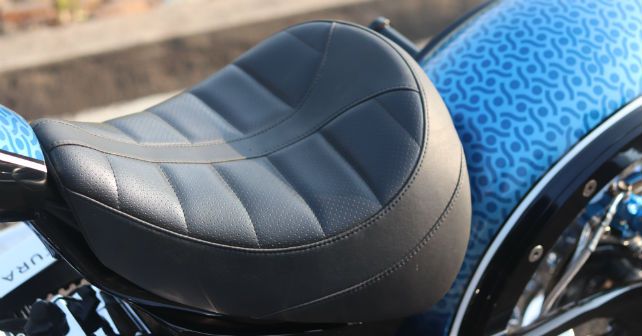 Let’s face it, both these motorcycles appear quite intimidating – especially with their large wheels. But once the motorcycle is in motion, it isn’t particularly difficult to manage. Of course, you can’t expect it to handle like a cruiser – but, for what it is, the Rudra and the Pravega are quite happy to take on a set of flowing corners. Show these motorcycles some tight switchbacks, though, and the weight and long wheelbase becomes quite evident.

Unlike other chopper builders in India, Avantura will work with the customer before the motorcycle is produced. This will help them get the riding posture absolutely right for every customer. The ergonomics, on the whole, are comfortable – with everything from the handlebar, pegs to switches well within reach. Riding for long hours will be quite easy, as long as you find long stretches of open road. The Rudra and Pravega aren’t motorcycles you’d want to ride on rough roads or in traffic however. The limited suspension travel and the stiff springs mean that your lower back is well aware of the depth of every pothole in the road.

Both bikes come fitted with Beringer’s six-piston brake callipers. They perform the task of stopping these near-350kg motorcycles with fair bit of composure, but we wish they had a bit more feel. 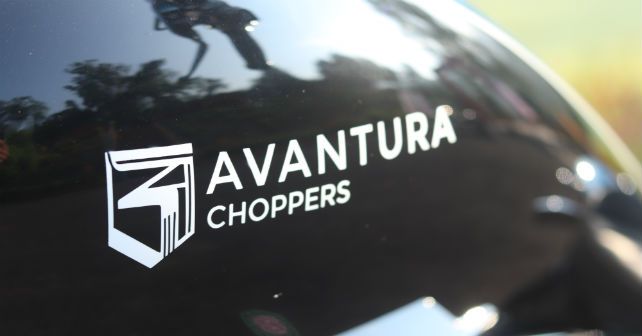 Avantura Choppers has launched the Rudra and Pravega at Rs 23.90 and Rs 21.40 lakhs respectively. The company commenced bookings for both at the India Bike Week in November. The motorcycles will be delivered three-and-a-half months from the booking date.

The Rudra and Pravega both feel a bit rough around the edges, but this isn’t something that can’t be fixed. From making a chopper that’s fitted to size, and customised to preference, Avantura has clearly put a lot of thought into building motorcycles to suit our conditions. Both motorcycles are impressive first attempts at developing the chopper market in India. And the fact that it offers an authentic American chopper experience, despite having a dash of Indian-ness is what makes it enticing – almost like a burger at your nearest McDonalds outlet. 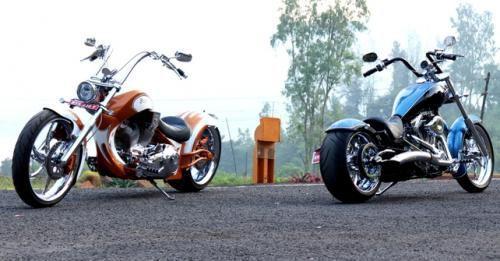 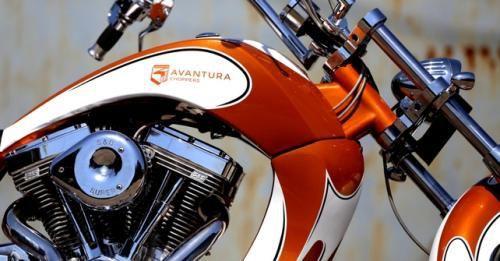