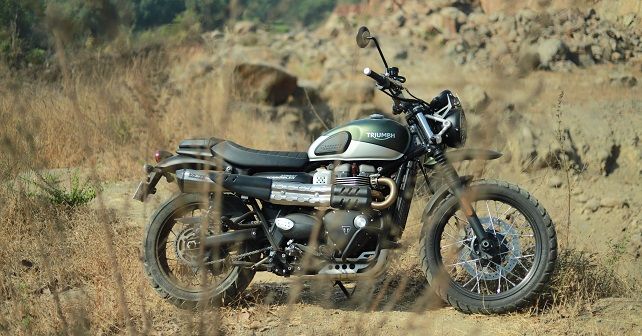 The Street Twin & Street Scrambler have been updated with more power and improved refinement. But the question is – have they become better bikes?

It’s been a while since I rode the Street Twin and Street Scrambler – nearly two years to be precise. But I remember them being brilliant bikes. Small, compact, light, powerful and handsome, the Twins from Triumph are remarkable machines. And the fact that the Street Twin line-up has become the best-selling models for the British bike maker, not just in India but also globally, further proves this point.

Fitted with a beautifully crafted 900cc twin engine, the Street Twin and Scrambler performed very well for what they were. While experienced riders could have asked for more character, they were great motorcycles to introduce new riders to the world of affordable and fun premium bikes. The Scrambler has always been my favourite of the two because of its rugged modern-classic scrambler look. The bash-plate, raised front mud-guard, mid-mounted exhaust and a pair of nice knobby tires really give the bike a distinctive personality.

The 2019 versions of the bikes have now been launched in India, and I was given a choice to pick one of the two to ride first, and, obviously, I chose the Street Scrambler.

Why the update?
It’s simple, really! Triumph received a lot of feedback from current customers, and more power seemed to be the most popular demand. As a result, the new version of the bike has an added 10 horsepower with 500 more revs before the rev limiter kicks in at 7,500rpm. Triumph engineers managed to do this simply by shedding some weight from the engine. They reduced the size of the camshaft, counter balancers and dead shafts.

I know what you’re thinking. Adding 10 more horses isn’t an easy task, and they would’ve at least added high-compression pistons and larger throttle bodies. That’s what I would’ve thought. However, it seems that the boys from Hinkley have a flexible approach to problem-solving, which they seem to have picked up in India – you guessed it, I am talking about jugaad.

Gone is the old engine that left riders wanting more on the open highway. Now, with 65bhp you get that extra kick, which will allow you to reach higher speeds. The torque output of 80Nm is still the same, and it’s also more than enough to offer exciting acceleration. The torque curve, though, has been flattened so that the peak delivery is spread out and remains available through a wider range. A pretty nice adjustment, I think.

But launching a new version of the bike with only jacked up power output would’ve been too boring. So, to make things more interesting, Triumph has also put in some new cartridge KYB front forks and Brembo brakes with dual-channel ABS. And, as a cherry on top, they’ve also added new graphics and a few tweaks to the design. The Scrambler we drove had an accessory package. The stock Scrambler gets higher and wider handlebars, a higher seat and grippy Metzeler tyres. It also gets knee sliders on the fuel tank, a new seat and instrument cluster. The Vance and Hines exhaust and the headlight protection mesh come as accessories. 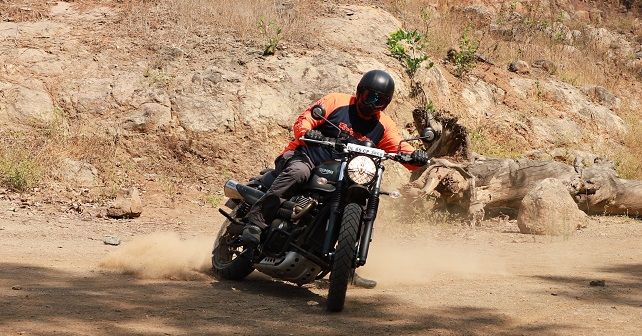 Is it a new motorcycle?
Well, in terms of the overall design and specifications, it’s not a new motorcycle. But it certainly rides a lot better now. The new suspension is nice and soft for Indian road conditions, and the bike is super easy to handle. The Scrambler obviously doesn’t carve corners as well as the Street Twin, but it’s still undemanding. You feel very confident on the road, knowing that you have complete control. The ergonomics are great for all riders, making the bike comfortable for long weekend rides in the country.

There are now two new modes – Rain and Road – but the Scrambler also has Off-road mode. This disengages the ABS and the traction control (for ‘slides,’ of course). The Scrambler gets the same suspension and travel as the Twin, but it’s much better suited for off-roading. However, that doesn’t mean that this bike has an aversion to the tarmac. On the contrary, it really performs best in urban areas and backcountry roads.

And even though the Scrambler is great on easy dirt trails, it’s not a proper off-roader. In fact, the Scrambler is more of a faux off-road bike. It wants to be a standard motorcycle, and it offers a much better riding position than the Street Twin. It’s a bike you can have fun with on any road surface. Just don’t get too excited when off-roading, as the ground clearance is really more suited for tarmac, despite the presence of a bash-plate. 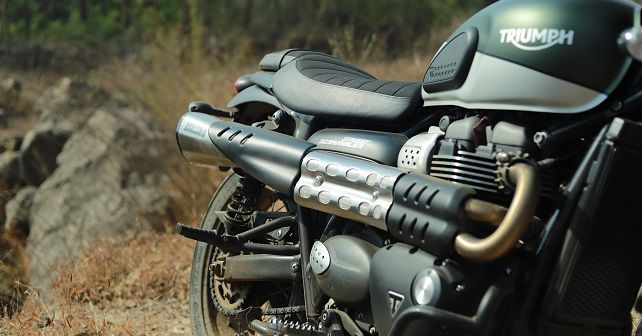 Here is a really interesting option though – you could save `5 lakh and just go for the new Interceptor 650 from Royal Enfield. It offers the same riding dynamics as the Street Twin, but it just gets a little less power and is not as fancy. But, if it’s a Scrambler that you want, and you don’t want to hit the rough stuff too often, then the Street Scrambler is the perfect bike for you. However, if you’re interested in more intense off-roading, then the best scrambler in my book is the Scrambler Ducati Desert Sled. No other bike offers you greater riding pleasure.

X-Factor: A high quality and good-looking motorcycle that is very versatile.

The 2019 scrambler does not provide a vance and Hines exhaust which the concerned mentioned as accessories.