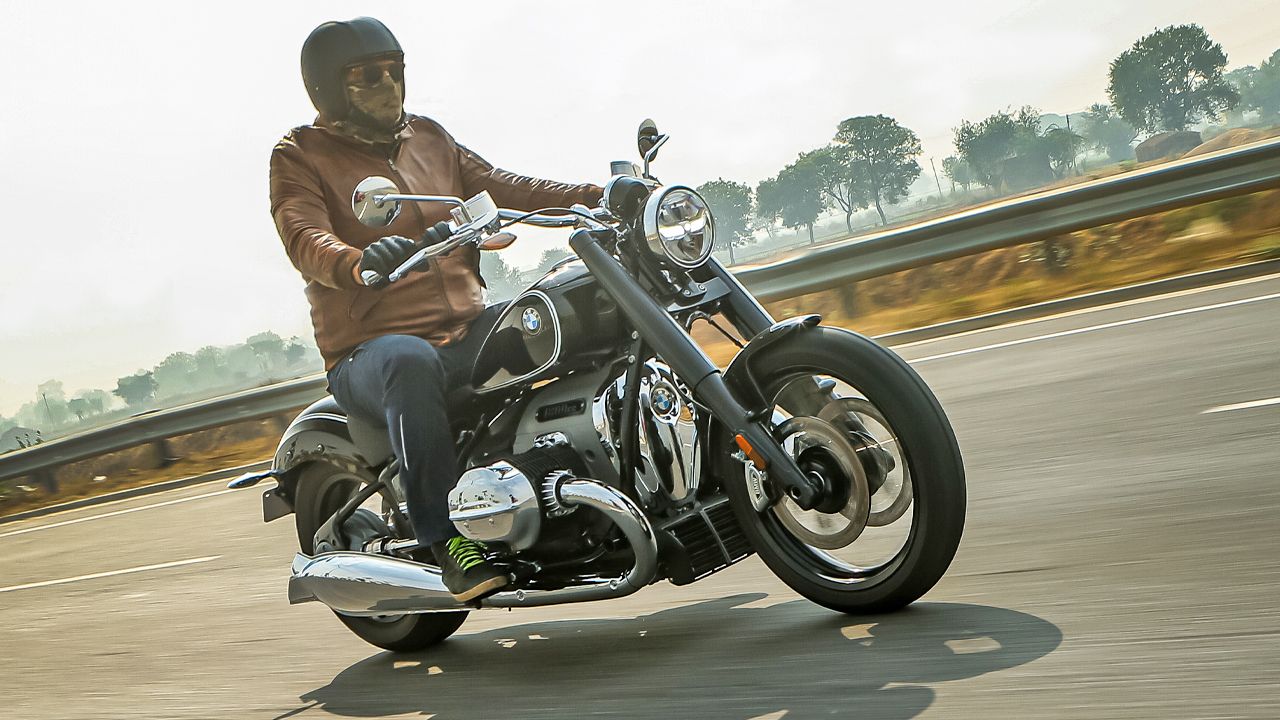 The BMW R 18 features the largest and most powerful boxer-twin engine ever developed by BMW, and it's al set to take a big swing at the power cruiser segment.

It might seem strange that BMW is entering the big and powerful cruiser segment, as demand for cruisers is shrinking across the world. Harley-Davidson, the king of retro power cruisers, is going through a very hard time, and it's increasingly becoming difficult for it to sell bikes. Indian Motorcycle attracts just a few customers who want a high-premium and niche product, and every other big-cruiser manufacturer rarely updates or launches new models. It’s not a secret that the customer base of cruisers is diminishing, as younger riders are looking for more practical and performance-oriented machines. 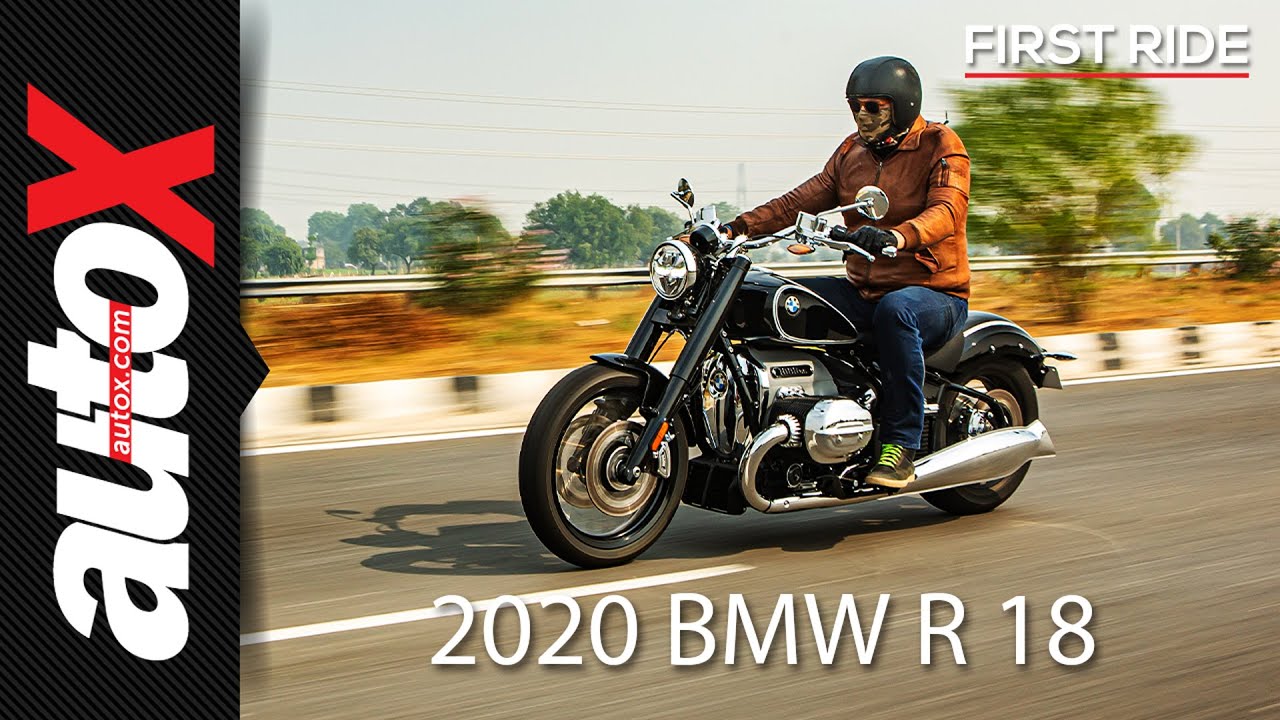 And yet BMW has decided to launch its very first big cruiser, and it’s one hell of a looker. BMW has said that it is very serious about entering into the cruiser space and that this is not just some marketing stunt. Whatever be the case, the bike looks very interesting, and I couldn’t wait to get my hands on this beautiful machine.

The R 18 pays homage to the BMW bikes of yesteryear, especially the R 5, which can be seen heavily in the way the R 18 has been designed. The classic body shape has been designed around a double-loop steel tube frame. The massive 49mm front forks are encased in fork sleeves to make them look larger. BMW opted for a purist design, which is why the teardrop fuel tank is long and slender, the wheels get spokes, and the headlight sports a classic round design. The R 18 also follows a hardtail look, which includes a massive rear tyre fender. The seat sits incredibly low, and the bike is very long. The R 18 doesn’t feature a standard chain drive, instead, it gets an exposed drive-shaft based on the classic role model. The centrepiece of this beautiful machine is one of the most beautiful engines I have ever laid my eyes on. The massive twin-boxer sits snug into the frame, and the cylinders stick out horizontally on each side. It's not a new design, but it looks jaw-droppingly gorgeous here. We tested the ‘First Edition’ variant, with added chrome elements, a blacked-out finish, and white pinstriped paintwork. 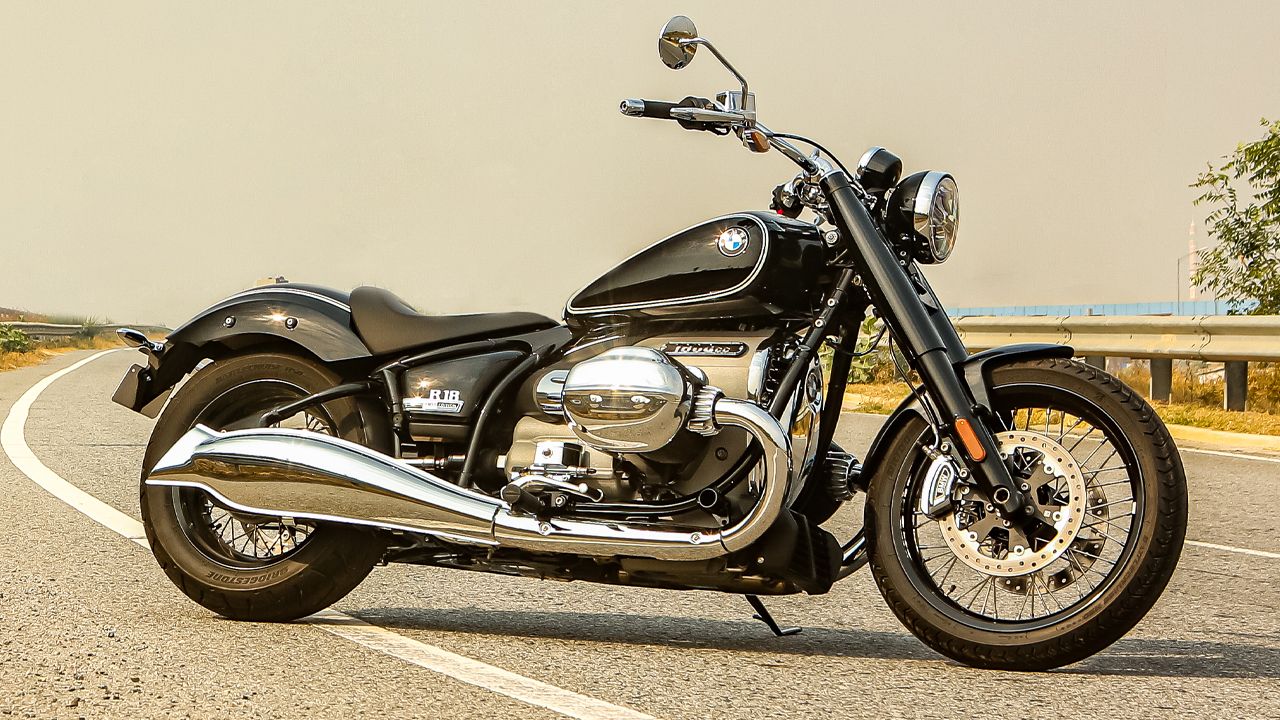 While BMW has put in great efforts to make the bike look as close to a proper retro as possible, it has also made sure that the bike is stacked with new-age goodies, which include LED lighting with adaptive turning light, twin-disc brakes at the front, circular integrated display, keyless ride, three standard riding modes, automatic stability control, hill-start control, reverse gear, anti-hopping clutch, and engine drag torque control. For some reason, BMW also decided to add switchable traction control. All of this tech is impressive, but it’s definitely not a game changer in terms of technology. All modern-day cruisers in this segment have similar features. Surprisingly, BMW forgot to add cruise control, and if BMW is marketing this bike as a cruiser, then, it seems, that it certainly made a big mistake by not including this absolutely-necessary feature. If I am paying Rs 22 lakh for a cruiser, then it better come with some effortless cruising features.

It’s got the look, tech, and a beautiful 1,800cc boxer engine, which is the biggest and most powerful engine from BMW Motorrad. It pumps out 91bhp @ 4,750 and 158Nm of torque, which is available from 2,000 to 4,000rpm. The engine is an absolute masterpiece in terms of refinement and performance. As soon as you switch on the bike, you can feel the boxer engine punch its way to life. You can feel the bike full to the right because the pistons move horizontally. It’s actually a very good feeling. Depending on the chosen riding mode, the throttle response reacts in different manners, allowing you to ride with ease or enjoy that instantaneous power delivery. It’s not a very high revving engine, but the torque spread is phenomenal. The only downside to the engine is that the exhaust doesn’t do it justice. It sounds flat and boring, and you would never believe how exciting an engine it can be just by hearing it. 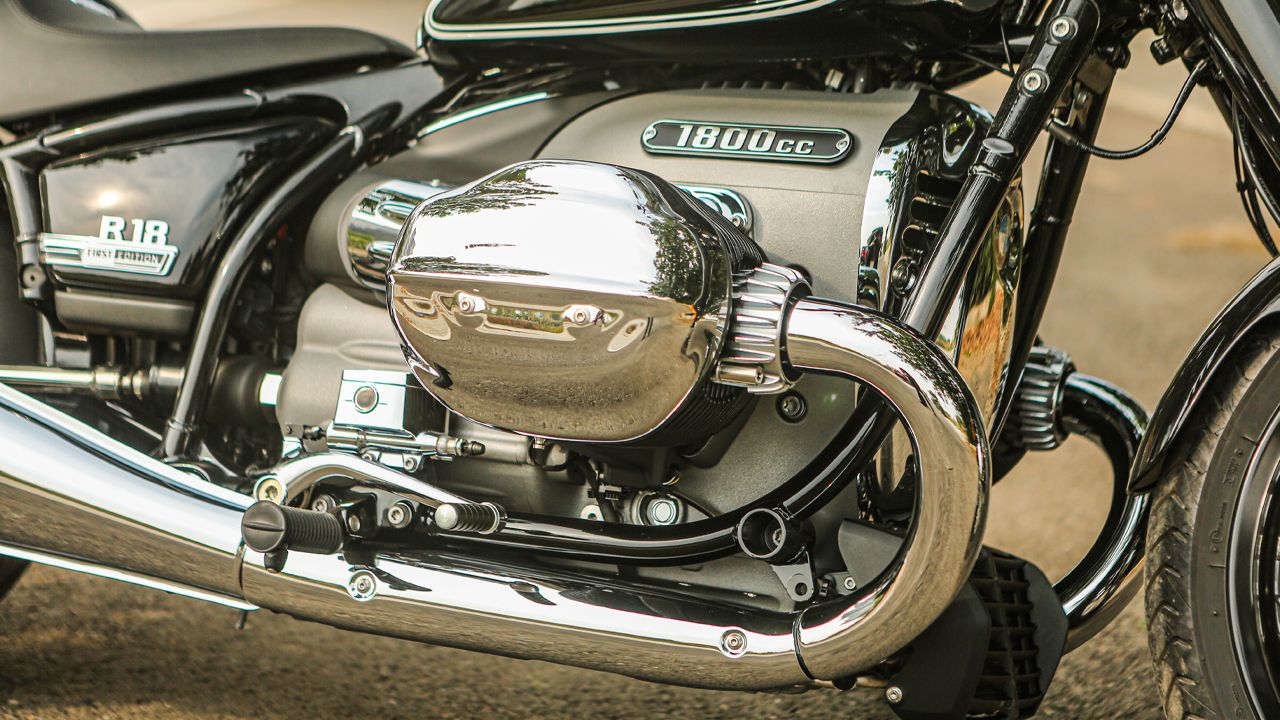 This is a German power cruiser, and there aren’t many of them around. The R 18 rides very well on flat straight roads, and it seems like this bike was made purely for the American market. For me, the R 18 seems to have a lot of problems. First, the seating position isn’t the best. Because the large horizontal cylinders stick out of the frame. The foot-pegs could not be mounted forward, and so the bike gets mid-mounted controls, which do feel a bit cramped. The seat also is very hard. It's definitely not a seat for cruising. You could easily ride around town or go on a short ride, but riding for hours will not be comfortable. The most disappointing thing for me is the suspension setup. With just 120mm of travel at the front and only 90mm at the rear, the bike does not do well on bad roads. I rode the bike for over two days and found that the suspension setup is just too stiff. The cramped seating, bad seat, and horrendous suspension made me really upset. I was very excited to ride this bike initially, but after riding it on Indian roads in the city and the highway, I was really not happy. 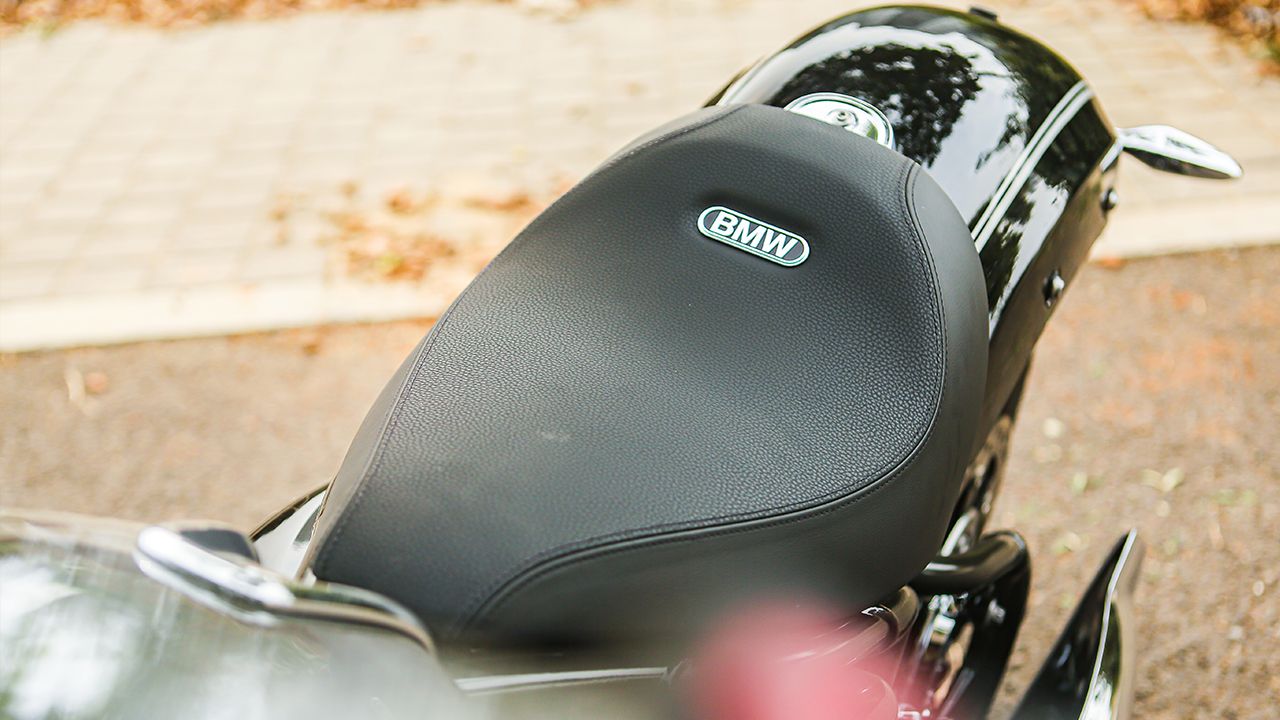 Apart from the unpleasant seating and suspension, the real star is still the engine. BMW has named the three riding modes Rain, Roll, and Rock. Rain is, well obviously, for riding on wet roads. Roll offers a more responsive throttle, which feels controlled, easy to handle, and great. Rock mode offers you a more aggressive response for pushing the bike harder. This is perhaps the best way to ride the R 18. It’s definitely not a laid-back cruiser. With a stiff suspension and a powerful engine, you need a throttle that excites you and encourages you to push it hard. In this regard, the R 18 is really wonderful and fun. It handles well, and even though it tips the scales at 340kgs, all that weight is mainly from the engine, which sits very low, and so you do not feel that heaviness. The overall engineering and build-quality are on a par with what you would expect from BMW. The drivetrain and the transmission setup are just amazing. 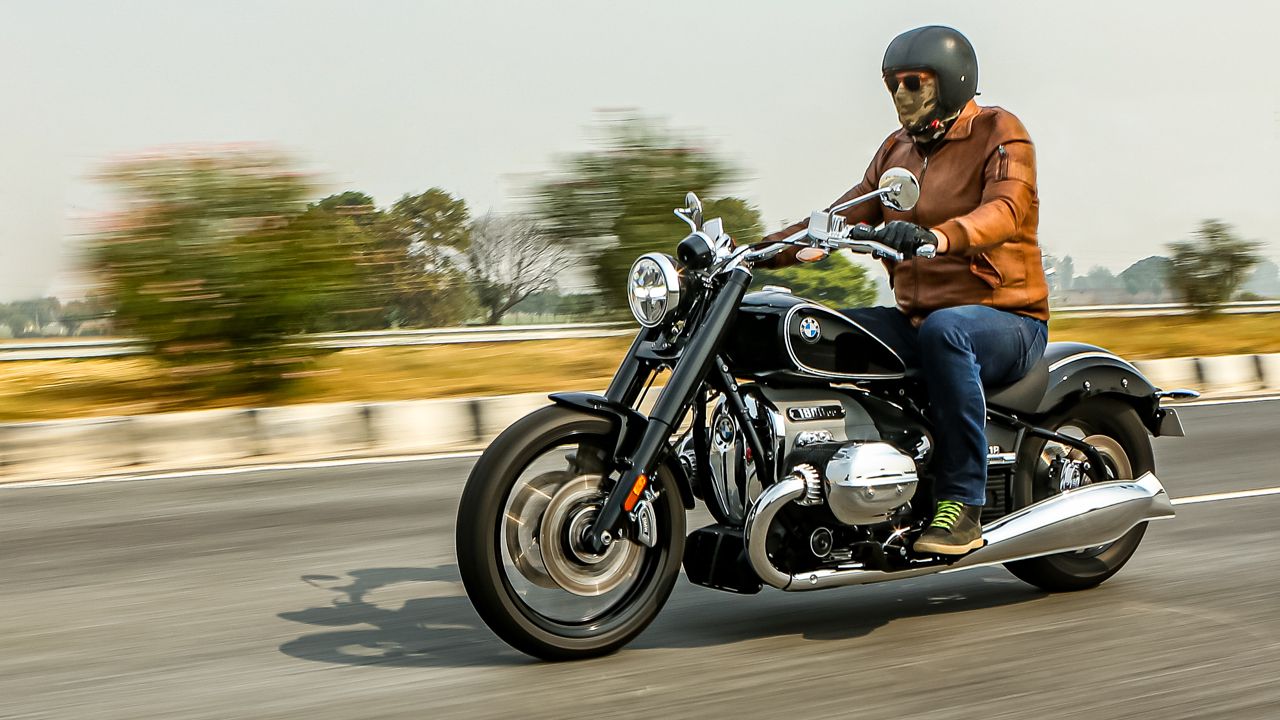 The main competition is obviously Harley-Davidson. However, I do feel that the R18 just does not have that much in it to compete Harley directly. Many Harleys feature the same technology and are much more comfortable and also equally fun to ride. The R 18 is just a really good-looking niche product. In terms of quality and refinement, the R 18 surely beats HD, but then Indian Motorcycles offers quality that's on a par with BMW. The level of detailing is just as good, if not better, on the Chieftain.

So, the R 18, even though there was a lot of hype surrounding its launch, just doesn’t stand out much for me. I guess this is a segment that BMW has just decided to enter, and it still needs to learn a bit. Nonetheless, the R 18 is a unique and beautiful machine, which will be a welcome addition to a rich person’s garage.

X-factor: One of the most unique and powerful modern-retro cruisers.