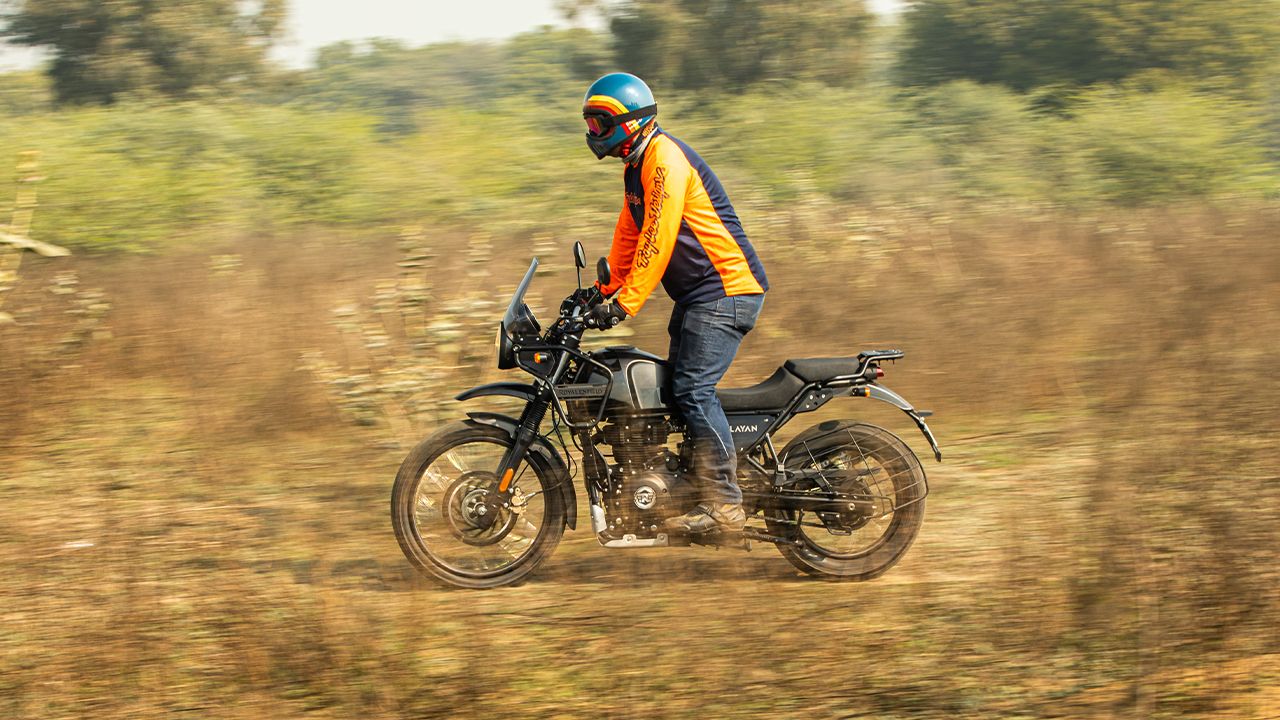 The 2021 Royal Enfield Himalayan now comes with a more comfortable seat and Tripper Navigation to make it more appealing and modern.

The 2021 Himalayan is Royal Enfield's first launch of 2021. The Himalayan already won our hearts over in the past, and we know that it's one of the most affordable, fun entry-level ADVs available across the world today. What really stands out about the Himlayan is its tough design and strong build quality. A lot of enthusiasts also like the Himalayan's simplicity – basically, it's just an engine with two wheels, with little high-end tech features.

Now, connected tech seems to be the most trending feature in today's market, and that's why RE has now decided to include its Tripper Navigation system in all their motorcycles. After the Meteor 350, the Himlayan has now received this feature, but there are some additional changes as well. We got the bike for a few days, and here is what we found out about the new 2021 Himalayan. 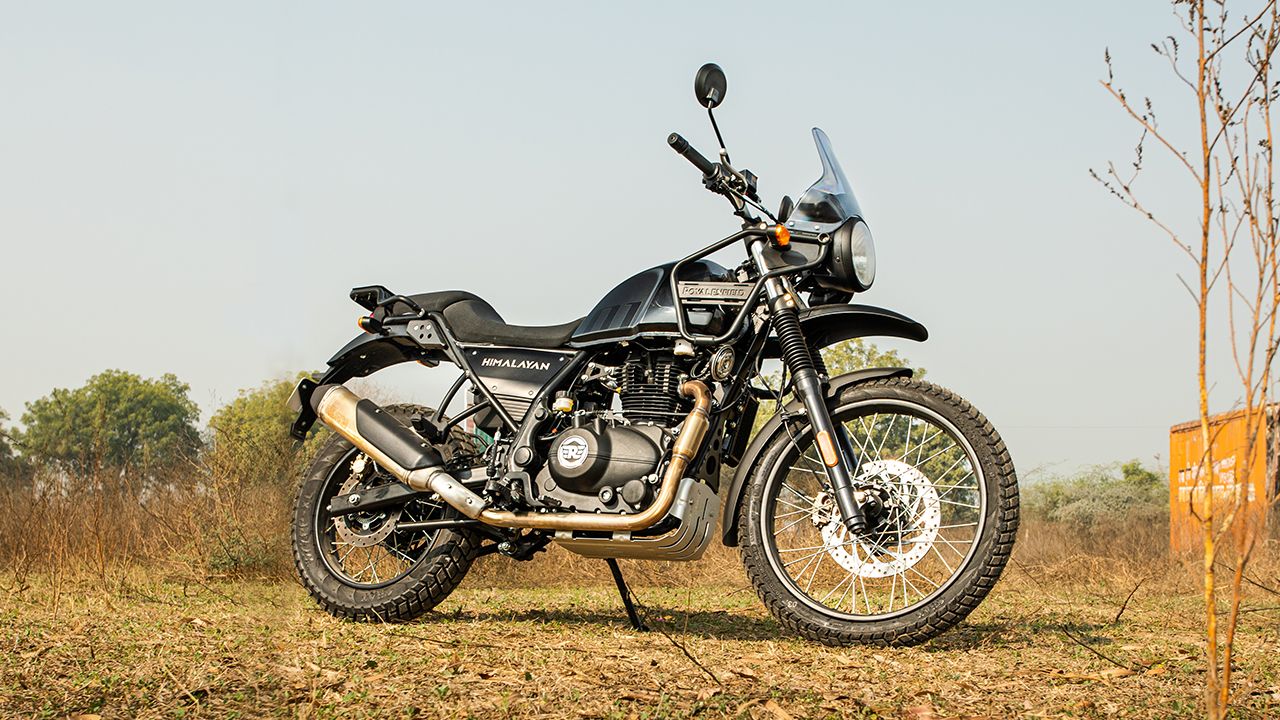 The 2021 RE Himalayan's design has been tweaked a bit to improve its ergonomics. The first change is the front rack. The bars on the fuel tank have been shortened significantly because a lot of tall customers complained in the past of their knee hitting the rack. I never once faced this problem on the old Himalayan, but I guess everyone has a different style of riding. 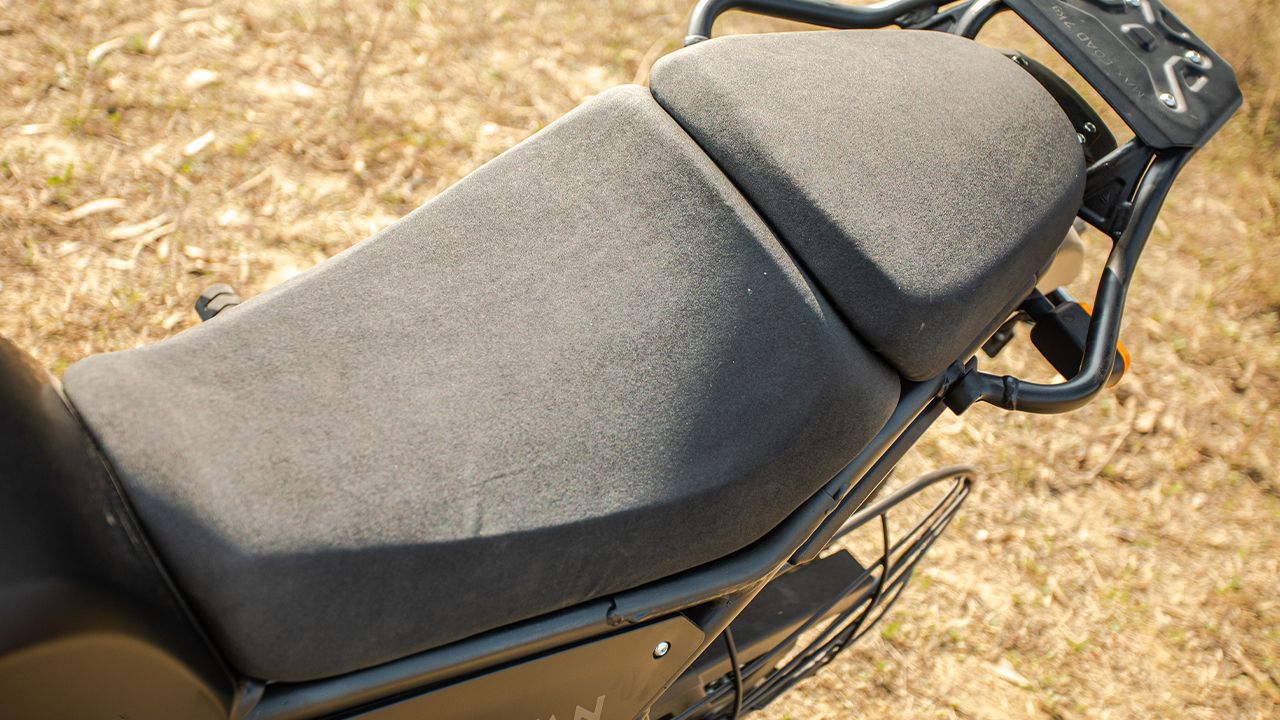 The Himalayan also has received a new seat, with better padding. Lots of riders, including me, were dissatisfied with the seat and thought that it should be improved for long-distance touring. The Meteor 350 perhaps has the most comfortable amongst all RE bikes, at least to me. And I think that the new Himalayan's seat now comes with similar padding. I do think the seat is still a bit narrow, but that's because of the bike's shape. The new seat definitely feels a bit more comfortable and will surely help during highway cruising. 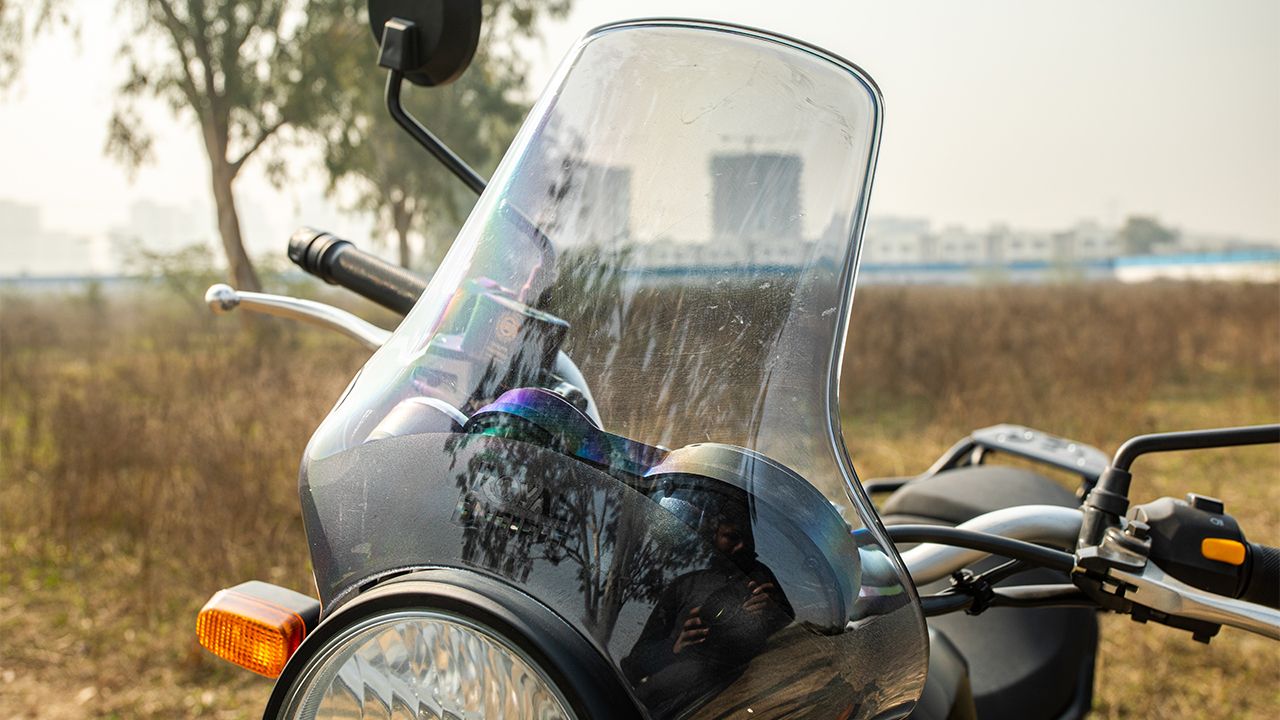 To accommodate the Tripper Navigation Dial, the instrumentation is now wider and that has led to a new design for the windscreen. The base is now wider, and the windscreen is a bit taller. A smoke finish has also been added, but don't worry, it isn't dark enough to affect your sight. Even at night, you can see through the screen without any problem. 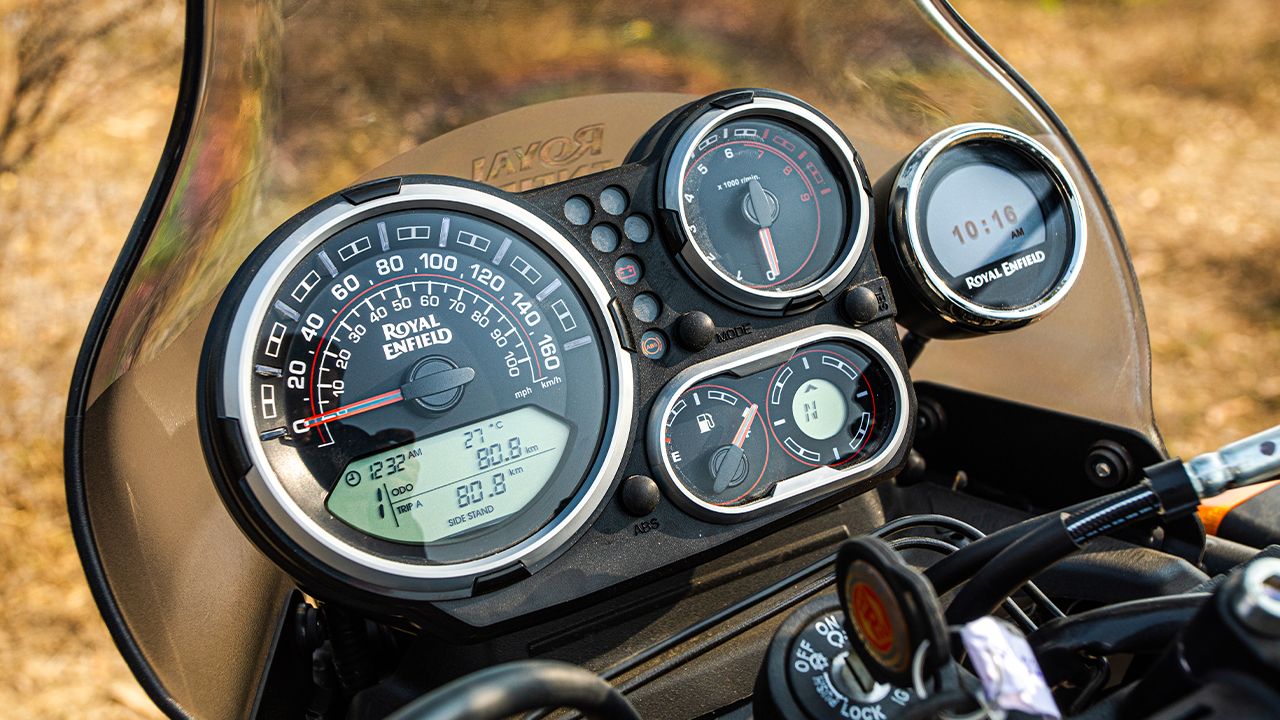 The most significant update to the Himalayan comes is that it now gets the connected tech. The Tripper Navigation dial is exactly the same as that of the Meteor 350. It's a small dial on the instrumentation, which offers turn-by-turn navigation. All you have to do is use the RE app on your smartphone to connect to the dial via Bluetooth. Once connected, you can use the app to select a destination. Now, the system on the Himalayan works just fine. When I tested the Meteor 350, I faced a lot of problems with the navigation, especially with rerouting. The Himalayan's system, on the other hand, worked just fine, without any problems. I do, however, think that the dial is a bit small, and I still prefer to mount my phone on the handlebar, which offers a better and larger view. That said, Tripper Navigation is a pretty interesting feature, and it will surely help riders who are always on the road for new adventures.

The 2021 Royal Enfield Himalayan also gets three new colour options – grey, black, and marine green. The one I tested was black, which I think is the best-looking option. There is also a nice decal on the fuel tank, which reads '01'. It adds a bit of sportiness to the design. Other than that, the Himalayan is exactly the same as the outgoing model. It still comes with the same 411cc single-cylinder engine, pumping out 24bhp and 32Nm of torque, which is good enough for all kinds of riding. The weight of the bike also remains unchanged and so do the overall ride quality and fun factor of the bike. 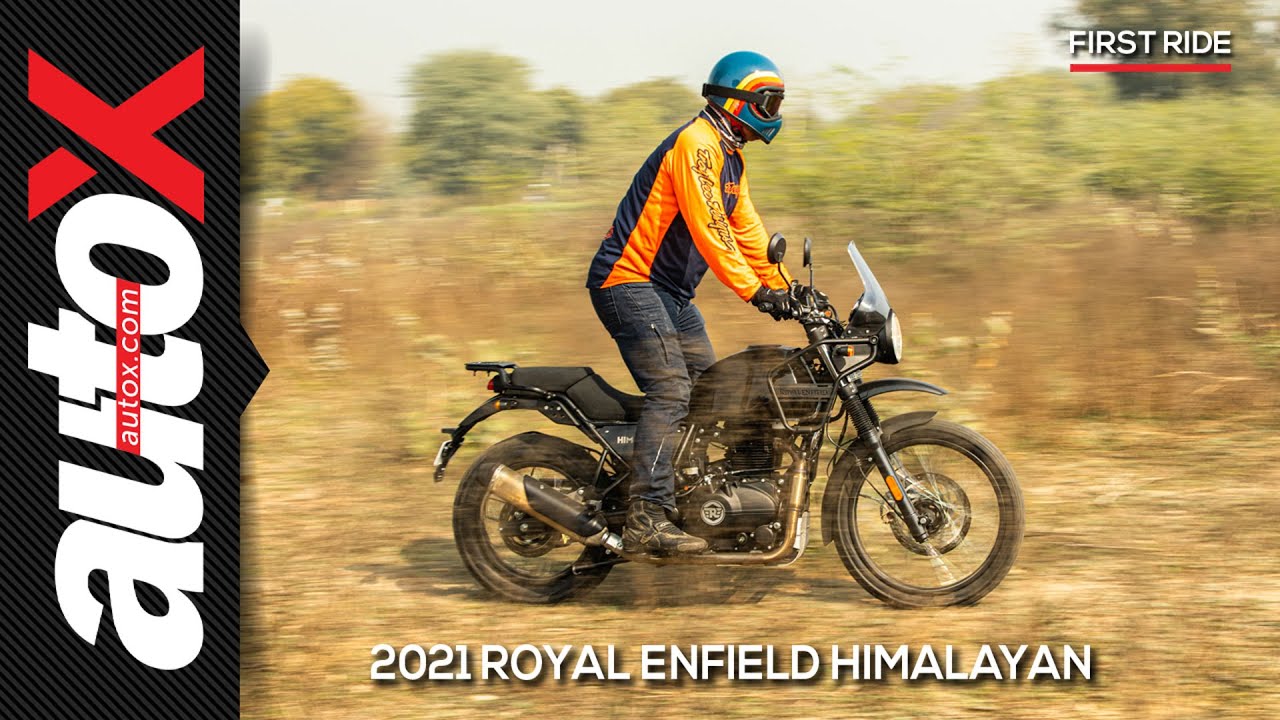 X-Factor: A near-perfect machine for a mix of urban, highway, and off-road riding.