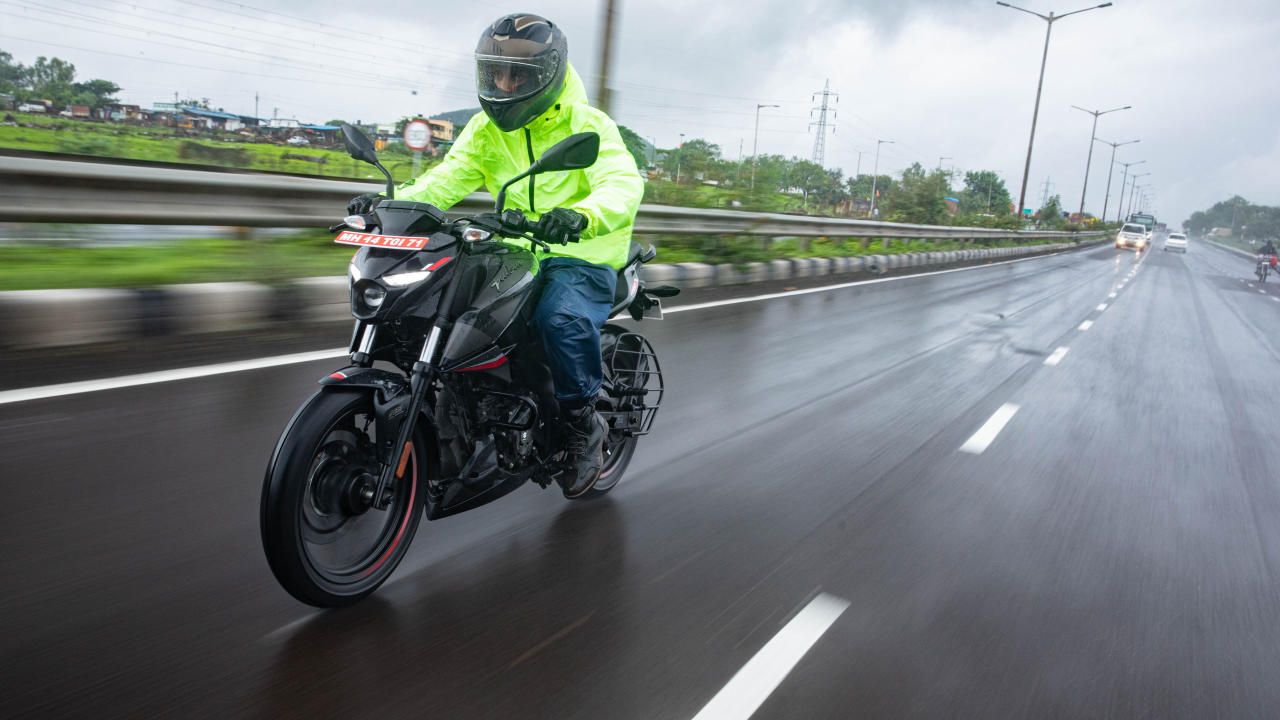 The Bajaj Pulsar N160 poses a healthy challenge to the dominant players in the 160cc segment in India. Here's what we think about the motorcycle.

Since its debut over two decades ago, the Pulsar has evolved into a badge that buyers have trusted and adored. The NS series, the 220F, and the first 180s and 150s, to name a few, have been poster boys for affordable performance in India. Then after a long, and I mean a long gap with no new products, Bajaj debuted the quarter-litre Pulsar twins last year. The aim was the same, good performance without cutting a hole in your pocket. But apart from that, the quarter-litre twins served as another milestone for the company, being the first product based on its third-gen platform. But history lessons are no fun because, recently we made another trip to Pune to test out the second product in the line, the N160. So, keeping aside the torrential rainfall and flooded roads, here’s what we thought about the bike. 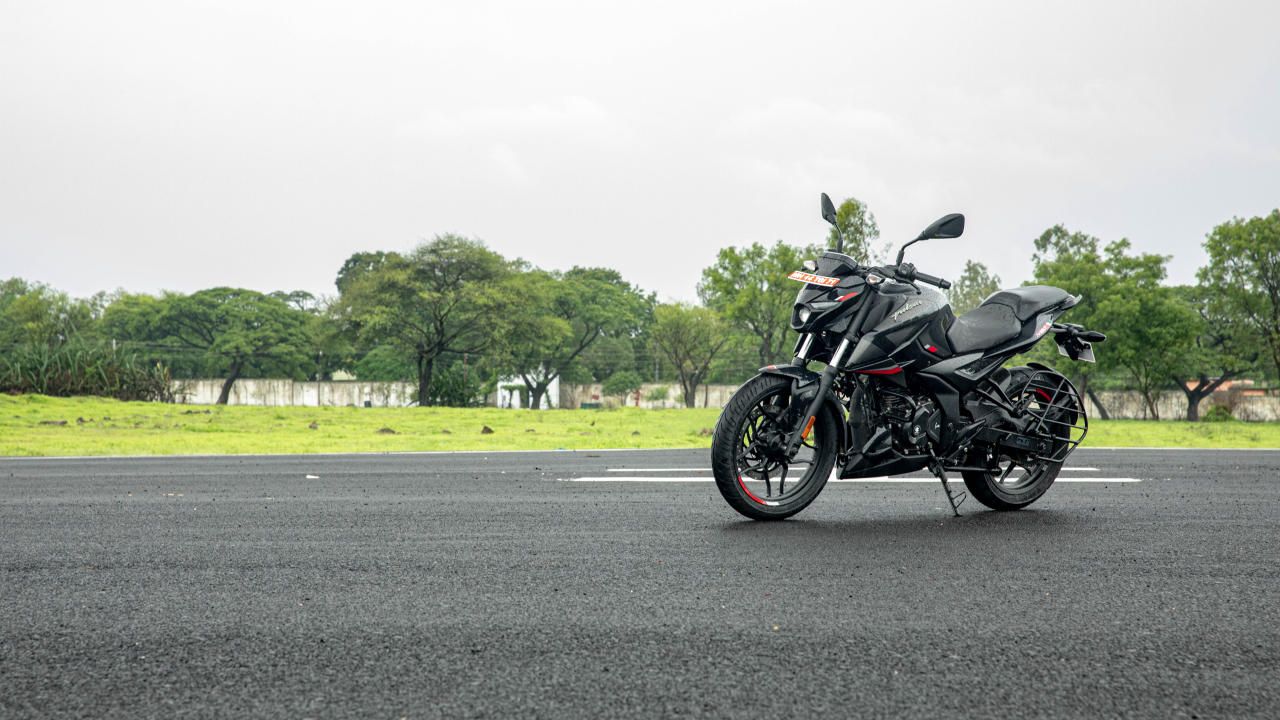 Bajaj Pulsar N160 Design: Looking up to its elder brother

Now, when Bajaj debuted the N250, apart from the fact that its front fascia, seemed quite inspired by a certain Japanese motorcycle, we liked it. The ethos was a compact and tight package that packs in a lot of oomph. But Bajaj’s decision to replicate that design for the N160 did seem a bit odd. So essentially all the elements from the N250 have been borrowed for its new younger sibling.

At the front, you get a tri-LED headlight set up with two eyebrow-DRLs. Now, we tested the headlight of the N250 and it proved to have a good spread but a little less throw. Since the component is shared, we expect the same case to be here as well. Sitting behind the headlamp unit is the same bezel-less instrument panel that comes with an analogue tachometer and digital speedometer. 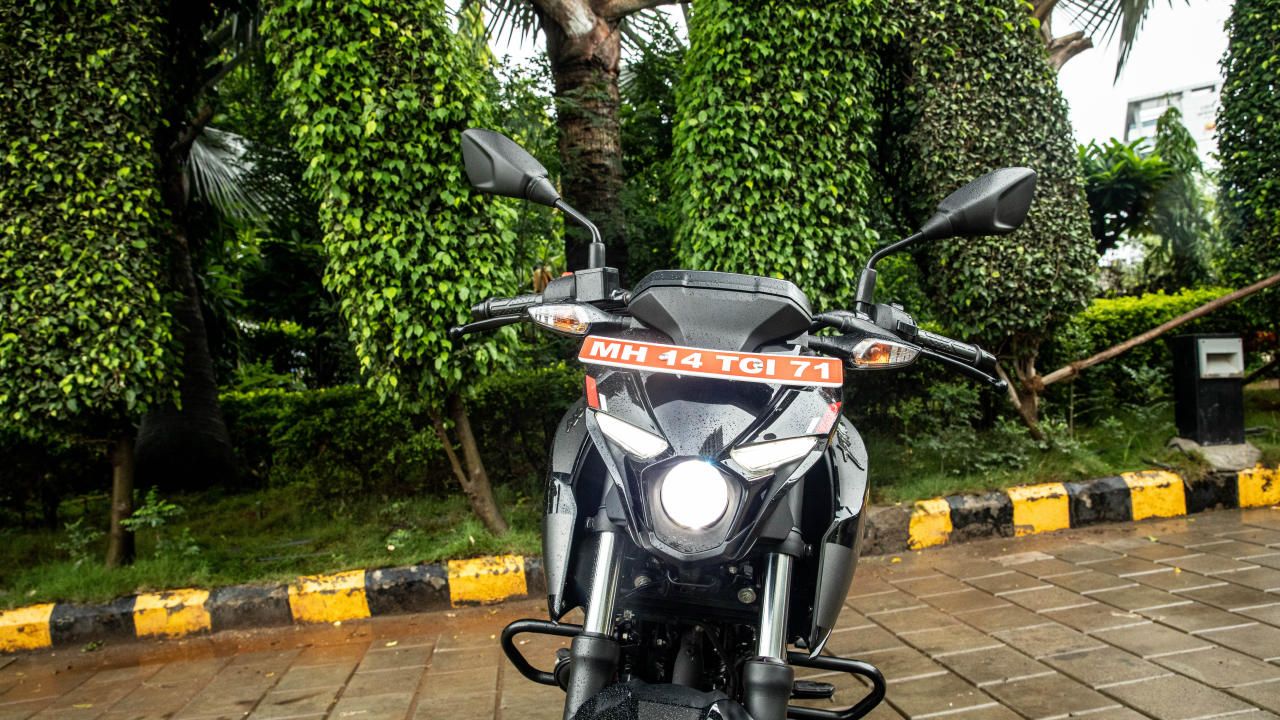 The N160 gets a sculpted tank with heavy shrouds that give it a rather aggressive look. Behind the tank, there is a split seat. It is to be noted that the N160 is the first motorcycle in its segment to get it. Finally, at the back, the motorcycle gets a LED taillight on a short tail. 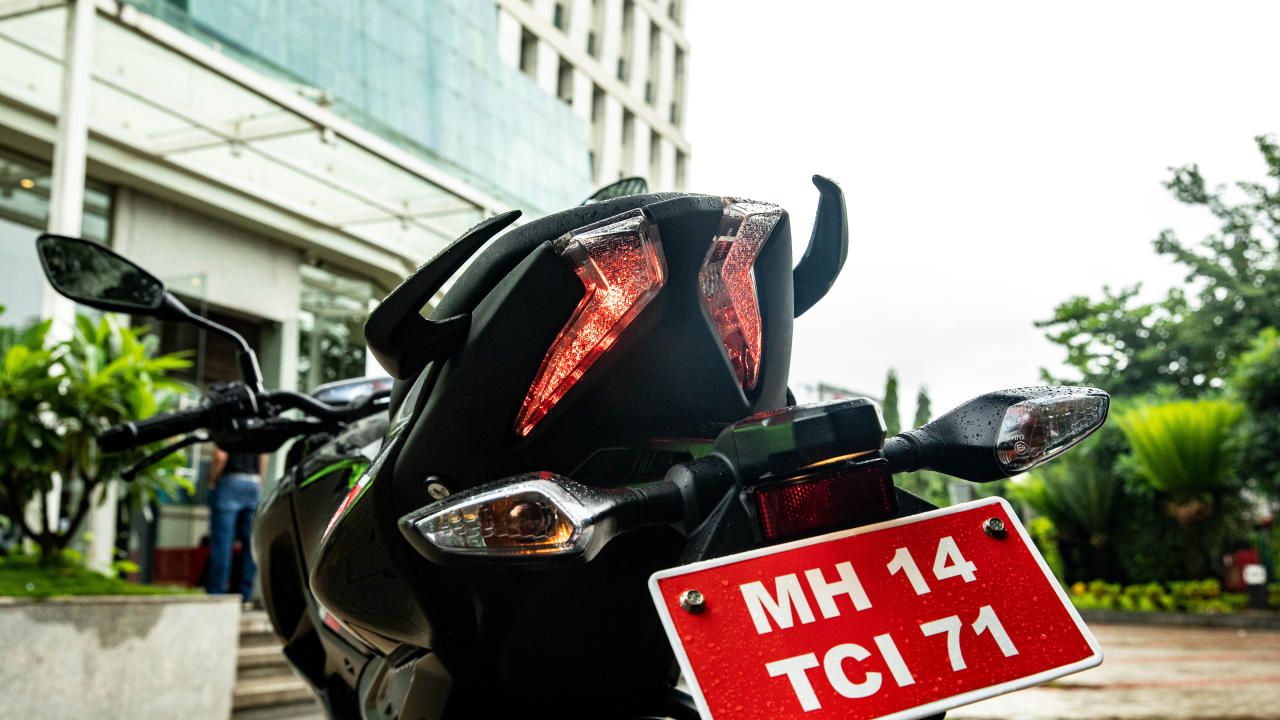 The fit and finish of materials are good along with superior paint finish. But a few complaints that we had with the N250 have made their way onto this one as well. This means that the grips on the handlebar could have been of better quality considering that my palm kept slipping during wet conditions.

Bajaj Pulsar N160 Engine and Performance: What a delight!

Numbers first, so the N160 is powered by a 165cc oil-cooled 2-valve engine that outputs 15.4bhp and 15.7Nm of torque. Now, this is not the lowest in its segment, but it does fall a little short of the Apache 1604V. The difference, however, is barely noticeable. The torque is meaty at the low end and the motorcycle doesn’t fail to keep things fun and engaging in the city. This also means that the motorcycle can just keep lugging at 35 to 40kmph on the top gear. From there a twist of the throttle doesn’t come with any resistance and the bike pulls off cleanly but a bit slower. 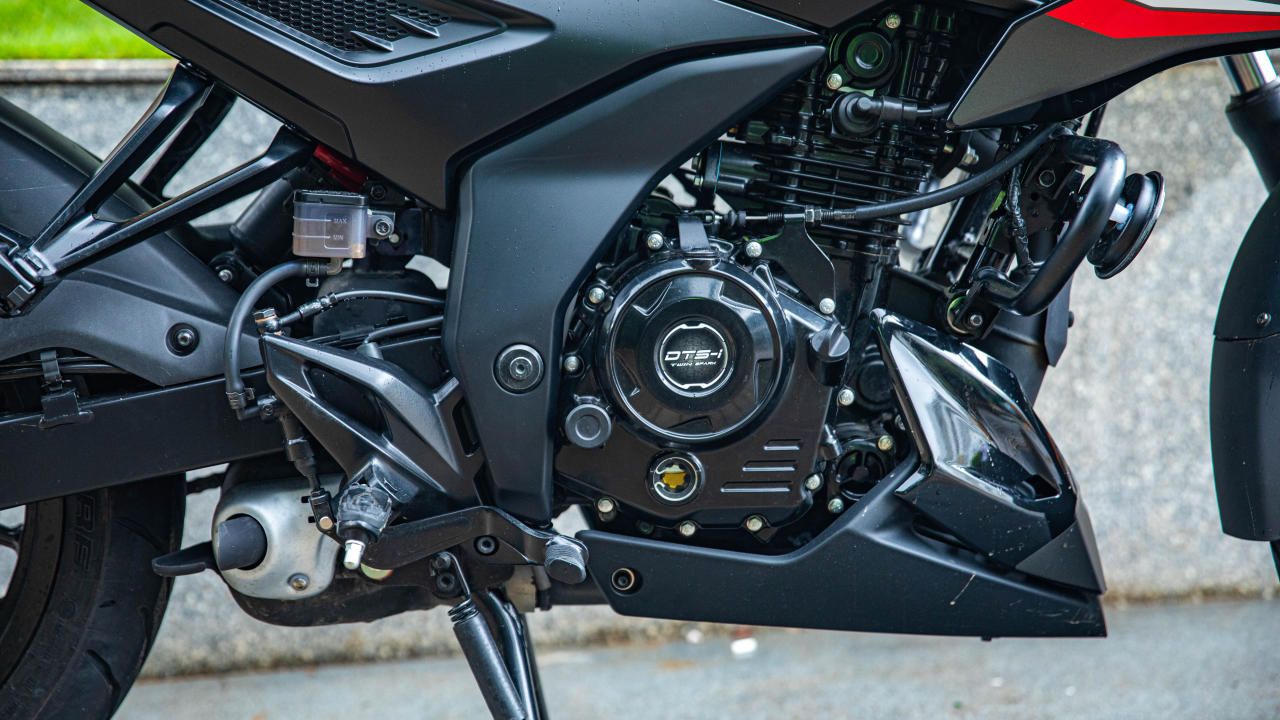 The engine is delightfully refined and vibrations are mostly kept at bay. However, post 6,000 rpm, things did get a little shaky. While the bike does not shine at the top-end, it doesn’t run out of breath at least till a 100kmph. Post that you can feel the engine gasping and clawing its way to a top speed of 123kmph. Here, the bike his the redline at the performance roof becomes quite evident.

Coming to the transmission, the engine is mated to a 5-speed unit that offers slick shifts. While the light-clutch action does add to the experience, we did face noticeable amounts of false neutral and mis-slotting of the higher cogs. 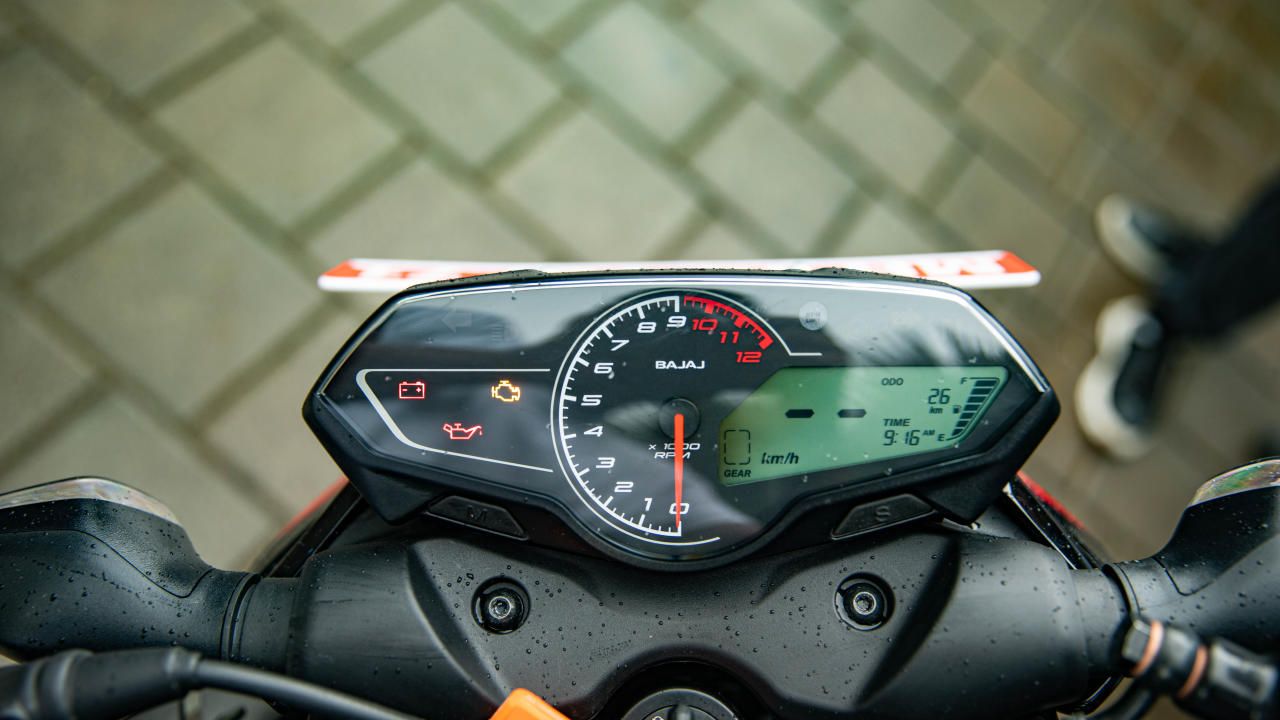 Bajaj Pulsar N160 Ride and Handling: As obedient as it can be!

The N160 truly impressed us on this front. The elements are essentially borrowed from the N250 which means in terms of suspension, you get telescopic forks at the front, which gets chunkier in the dual channel ABS version, while the rear gets a monoshock. Down to the spring rates, the N160s are tuned the same as the N250. Now, the front forks did a good job in swallowing most undulations, even the worst of which Pune had to offer, but the rear felt stiffer. But the bit that is lost in comfort is made up during cornering. The bike attacks corners like it’s on rails and the tyres (130 section rear, 100 section front) just add to the equation to make the ride that much more joyful. 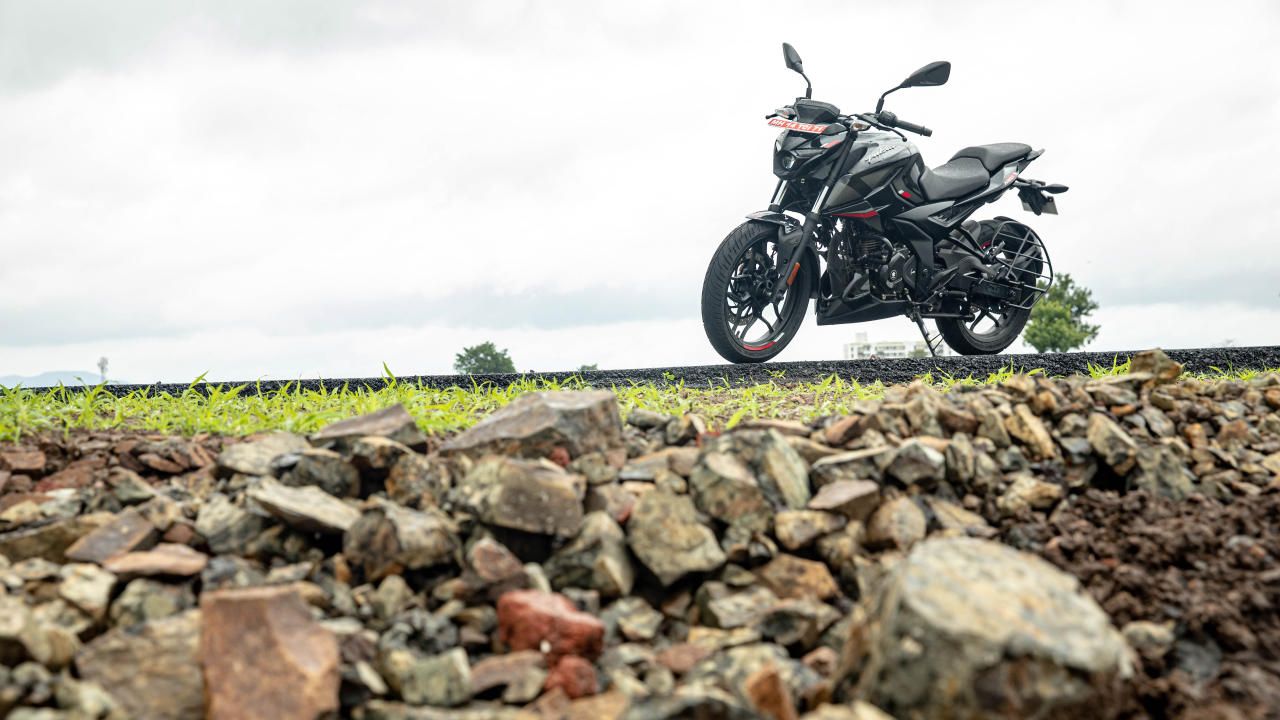 Simply put, the battle for the throne just got more intense and meaner. Considering what the N160 brings to the table and the cost at which it does, the overall product seems like the final jab before a slow knockout. At Rs 1.22 lakh (ex-showroom) this one is priced in the same ballpark as the Apache 160 4V. What the bike lacks in tech trickeries and electronics, it makes up with its good old fun personality that comes with no ‘wires’ attached. Additionally, it’s the first one to get dual-channel ABS which we think is a vital aspect and the variant that we would recommend despite the premium of Rs 5,000.

X-Factor: Got the ammunition to shift focus from the segment leader.