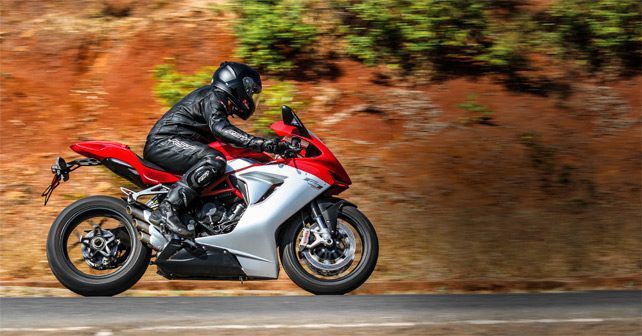 Well, it’s Italian – so it’s a looker! But what’s it like being on the saddle of the incredibly beautiful MV Agusta F3 800?

Everyone loves superbikes – that’s just a fact! The raw power and the character they exude is intoxicating. But try translating that into real world conditions, and they quickly become the most unforgiving and impractical machines on the planet. And the reason for that is that they’re completely track focused.

So what if there was a way to combine that performance with an element of liveability? Nope, we haven’t been out in the sun too long. And, yes, one has to make some sacrifices – but not too many as it turns out. To start with, what you ought to consider is – instead of opting for a litre bike – try an 800cc one that boasts of 148bhp and weighs merely 173kgs (dry). Nope this isn’t the sunstroke talking, I’m talking about the MV Agusta’s F3 800. 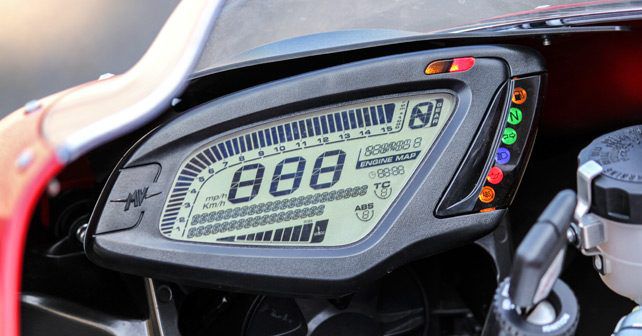 The first words that came to my mind were ‘Mamma Mia’ when I twisted the F3’s throttle. It was raring to go and made no qualms about wanting to hit the three-figure mark almost instantly. This liquid-cooled three-cylinder 798cc engine is quite rev happy, despite having slightly taller gear ratios, and it builds power very easily indeed. The engine’s mid-range performance is impressive, and it’s here that you can actually feel the ponies gathering some real pace. And this blistering turn of speed really does make you wonder – does one really need a litre motorcycle? But, at low speeds, the engine starts to feel restless and begins to grumble. The 800cc motor retains a 79.0mm bore diameter from the F3 675, but the stroke has been increased to accommodate the bigger displacement. Accordingly, the redline has been reduced to 13,500rpm (from 15,000).

Based on the steel trellis frame of the F3 675, the 800 is designed to take corners like no one’s business. As it’s so light that the F3 puts you at ease immediately, and lets you determine whatever line through a corner that you desire. As a result, you can take a tight line in and power out with a clear view of the road ahead. The F3 provides such unprecedented stability that it actually surprises you with its cornering speeds. And, as you get hard on the power, you expect the front wheel to lift – but the F3’s counter-rotating crank ensures that it always stays firmly rooted to the road. How is this possible? Well, it’s quite simple really. The crank basically rotates in the reverse direction to the wheels, which reduces the chance of an accidental wheelie. The torque produced by the crank actually pushes the front wheel down. This technology is also used in Moto GP. 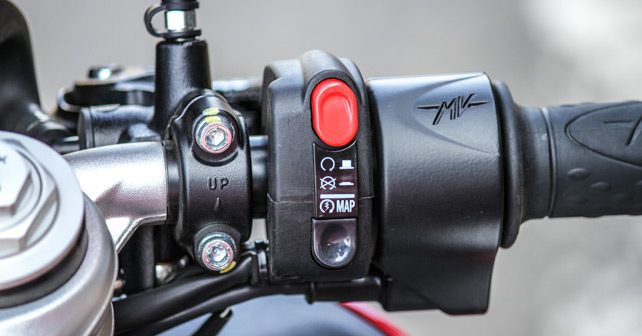 The F3 is as manoeuvrable as it is due to the superb set up of the chassis and suspension – not to mention the fact that the three-cylinder engine weighs just 52kgs. But, even though the Marzoochi forks are fully adjustable, the set up is a little on the stiff side. Our advice would be to know the roads before you open the throttle, and go easy on the bumps as it may even throw you off the saddle if you’re not careful. After all, let’s not forget that this is a serious sports bike.

The F3 800 is, of course, packed with electronics. It comes with four riding modes – Sport, Normal, Rain and Custom. In Custom mode, the rider can set parameters such as ‘Gas Sensitivity, Engine Brake, Maximum Torque, Engine Response, and RPM Limiter.’ The F3 also gets an eight-stage traction control system and uses higher spec Brembo Monoblocs compared to the 675, which provide far superior stopping power.

Being an Italian motorcycle, with design influenced by the legendary Massimo Tamburini – also known as the ‘Michelangelo of motorbike design’ – we thought it better to just let the photos do the talking, rather than attempting to describe what sheer beauty looks like.

All told, the F3 800 is quite an easy natured sports bike – which can also be a firecracker. Its track mannerisms don’t hamper its performance in real world conditions too much – apart from the stiff suspension setup that is. The riding stance initially can be a bit challenging, as the seat is high while the handlebars remain quite low. As you get used to the bike though, you realise how this riding posture makes it easy for you to lean into corners while taking on the twisties. Let’s not forget, though, that this is a sports bike – so do expect some weight on the wrists. The 800cc motor, meanwhile, not only has smooth acceleration – but it also has a soundtrack that is sheer music to the ears. And so the F3 800 definitely makes you feel special, but with a Rs. 16.78 lakh (Ex showroom) price tag, it will remain the preserve of very few! 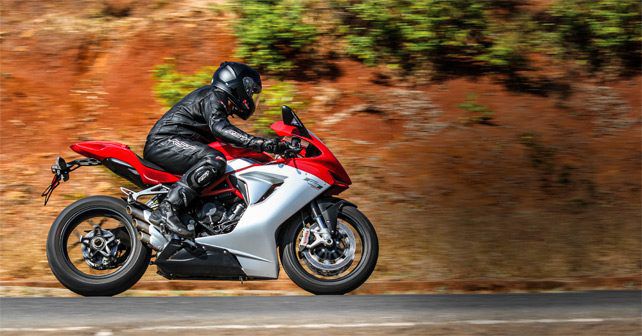