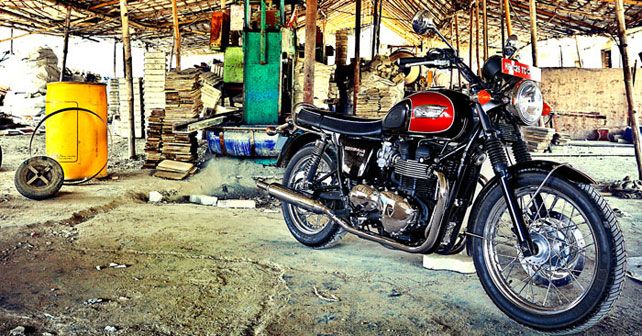 Triumph is finally in India, and we decide to take their most legendary motorcycle to do our Triumph Bonneville and see if its no-nonsense attitude can handle the local terrain.

When we first heard the news of Triumph’s decision to set up shop in India, there was obviously an eruption of joy in our hearts. Now nearly 2 years after they first made the announcement, the legendary British bike maker has brought their entire model lineup with them, and we couldn’t be happier to give them a warm welcome. Starting off this year we had the opportunity to test ride one of the world’s most iconic motorcycles, and the best selling Triumph of all time – the Bonneville.

I have never ridden a Bonneville before, so I cannot compare the previous models to the current one, but I am familiar with its heritage and legacy.  The Triumph Bonneville of the past was first popularised in the 1960s because of its superior performance compared to other bikes of that time. However, when the Japanese entered the market, the Bonneville, as did many other European motorcycles, lost the spotlight. The T120 is where it all started, and then the next production run was the T140, and now today making its debut in India is the T100 – the top spec Bonneville. The T100 is a modern classic and its design is heavily influenced from the older models. After Triumph made a huge comeback thanks to John Bloor, the engine capacity was increased and today the Bonneville features an 865cc air-cooled parallel-twin engine, however the bike still maintains its same vintage flair. 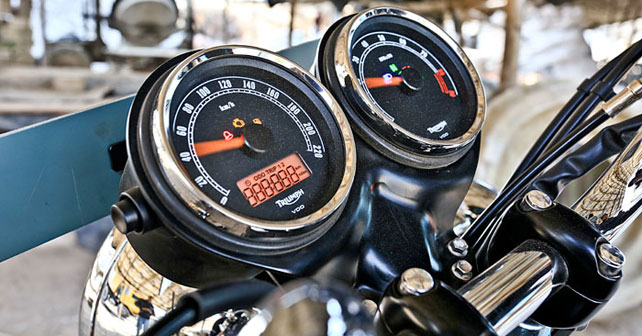 When I first saw the bike for our Triumph Bonneville I was unimpressed with its overall looks. The bike doesn’t really stand out, and its on-road presence is not the best, but I admired its no-nonsense design. The Bonneville is a compact bike, but it certainly has a retro-style and authentic British looks, mashed up with modern technology and solid reliability. The Triumph Bonneville looks just like a standard motorcycle but there is a lot to love about it as well. The double exhaust certainly makes it look more aggressive, and the classically styled tubular frame, twin-sided swingarm and the rear chrome spring twin shocks give it a nice retro look, and not to mention the classic round headlight.

After a quick look at the bike it was now time to saddle up and hit the road. The first thing I really liked about the Triumph Bonneville is the large seat. At first it might seem hard, but because it has good width, it feels very comfortable, and it’s perfect if you have a pillion because it is also very long. The riding position for tall riders like my self is not the best, as it seems a little pressed for leg room, but other than that, the ergonomics are pretty good – in fact average height riders will praise the riding position. When you first sit on the bike it does feel heavy, and it does weigh around 230kilograms with fuel, but once you set out on the road, the bike feels very light and nimble. The long wheelbase of 1500mm and the slender tyres, along with its low centre of gravity make the bike very easy to handle, and you feel confident on the bike right away. You can lean into curves comfortably and wiggle through traffic with no problem at all.

The engine is a beauty and it is extremely well refined. However, some customers in India might not enjoy the engine sound, which is too soft for a classic motorcycle. Yet even for a parallel-twin layout there is hardly any vibration at all throughout the bike. There is also a good amount of torque available to you – 68Nm at 5800rpm – and the bike picks up speed with ease, depending on how much you twist the incredibly responsive throttle. The engine has a very healthy and flat torque curve and you can feel it push you forward from as low as 2500rpm, even if you are in third or fourth gear. With 67bhp deliverable to the rear wheel, you can easily reach a top speed of 160kmph, but the upright riding position at this speed is quite unsettling. A 5-speed gearbox that seems to work well controls the power from the engine – gear changes are easy and the clutch is not too heavy. Stopping power is also very effective on the Bonneville thanks to the single 320mm front disc brake by Nissin, which was surprisingly powerful, and the 255mm rear single disc. 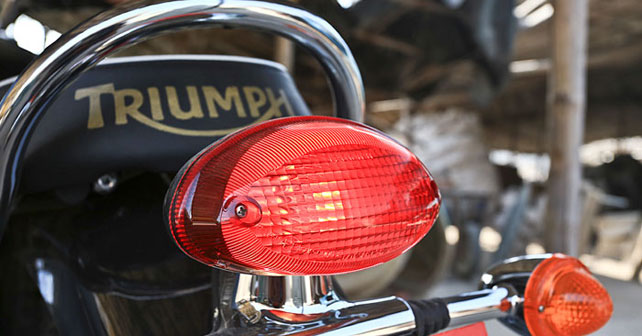 The suspension is setup to be on the stiffer side, and while the front forks can take on quite a beating without your arms feeling much from the road surface, the rear twin shocks do need to be adjusted better for Indian roads. On the highway the suspension setup is perfect for long-range touring and the bike feels really comfortable and at ease. Triumph also offers plenty of accessories and a variety of different seats to customers depending on their riding preferences. The Bonneville seems to be more of a classic yet sporty touring motorcycle, and I really wouldn’t recommend taking it on long haul expeditions that include a bit of off-roading. Although the bike is built to be extremely tough and reliable, I just don’t envision the Triumph Bonneville as a preferred choice for rural Indian roads.

The Bonneville is priced at a relatively attractive price, and it would primarily compete with Harley-Davidson’s Forty Eight or Iron 883, and it could have a nemesis from Hyosung with the ST7 and Aquila. But the Bonneville is far better than all these bikes - the engineering and refinement is much more impressive, and its heritage cannot be matched by any other in the segment. You get a lot more motorcycle for the price and if you can live with its practical no-nonsense looks, you still get a torquey motor with lightweight handling, and not to mention that this bike has been around long enough that Triumph have managed to better it over the years and make it a more reliable machine than ever before. The Triumph Bonneville is a straight shooter – it is an honest motorcycle that doesn’t need the glam looks because it knows exactly what it can do, and does it well. 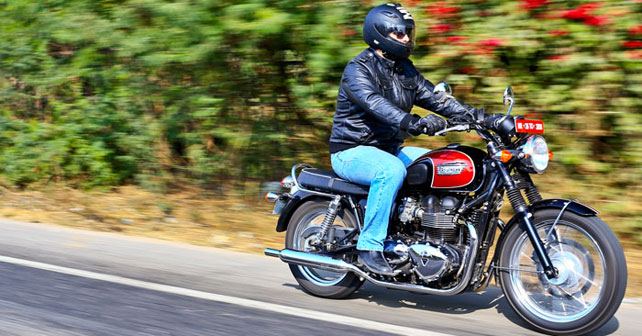