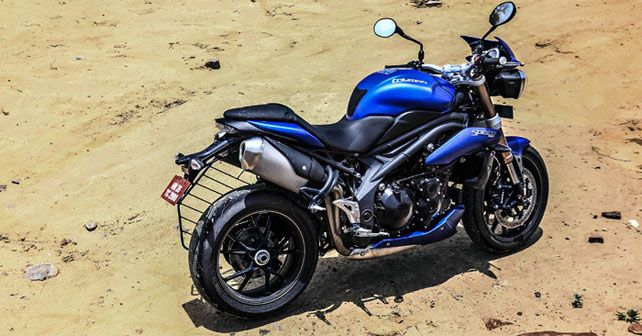 The legendary naked triple cylinder from Triumph is like a Lockheed missile just waiting to explode.

We aren’t in the business of telling half-truths, so believe me when I say that the Triumph Speed Triple is one of the most exhilarating bikes you will find in the Indian market today – and quite possibly the best on the planet. Once we were done with our exhausting and gruelling Triumph Speed Triple, it was hard for us to explain the physical beauty and mechanical flawlessness of this bike in words because you really need to take it for a spin to experience its true ‘epicness’.

Apart from its unique body design and funky bug-eyed headlight, the Triumph Speed Triple has got a new and improved dash layout with features such as a programmable shift light, and tyre pressure monitor. The massive fuel tank, extra wide tyres, and the dual exhaust under the tail give it an aggressive superbike look, and with minimal fairings you also get to see the brilliance of the craftsmanship. I have always loved ‘nakeds’, but the Triumph Speed Triple has won my heart over. In 2011, the Triumph Speed Triple got a major facelift including a new chassis with a new swing arm, and this is the current generation we see today – a true modern big bore street fighter. Just one look at the bike and you will notice the attention to detail in the design and the superior finishing. 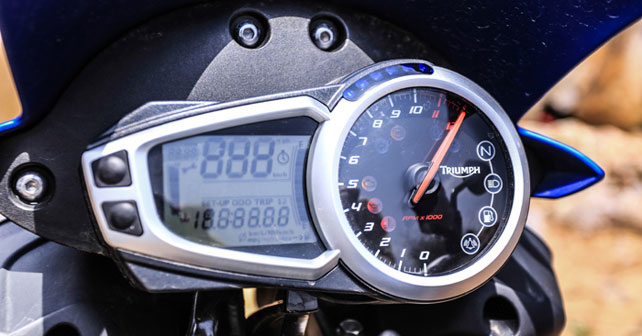 The 1,050cc 3-cylinder engine was first put on the Triumph Speed Triple in 2005, and is continued on to this day. The engine fires to life and crackles and rumbles– quite literally. The engine output is rated at 133bhp with 111Nm of torque, so when you ride the bike and twist the throttle all the way, you feel as if you are strapped to a missile as the front wheel lifts off the ground a couple inches with ease and the bike blasts forward. The power delivery is so instantaneous and explosive that you really need to hold on tighter than you normally would. The torque spread is quite wide and you could probably pull down a large house anywhere between 6,000 and 9,000 rpm. The use of the 3 cylinders also ensures that there is minimal vibration and that is why you really don’t feel even the slightest rattle.

The riding position is very good, and although you do sit high with your arms stretched a little further out in a more aggressive pose, the bike is still very comfortable to ride and handle. The large seat also adds to rider comfort, and though the suspension is setup to be stiff, you still don’t feel much on bumpy road surfaces.  The bike weighs around 214 kilograms at kerb, but once you are on your way the Triumph Speed Triple feels light as a feather and is easily tamed on twisty roads, or through traffic. The short turning radius, however, can seem to be a hindrance in some cases and we felt the same during our Triumph Speed Triple. 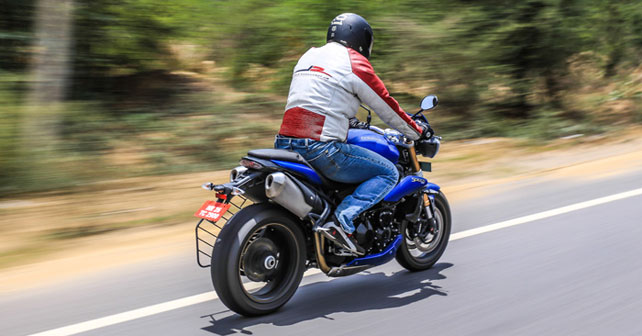 In the city, the Triumph Speed Triple is comfortable and fun, but once you get on the highway, a whole other personality awakes. On open stretches of road you get to feel the full effect of this boisterous street fighter. The engine sounds so awesome and the pitch gets louder as your rev meter goes higher. Switching through the gears is as easy as pie, and as you increase speed, you are forced to lower your head and shoulders – the 0-100km/h dash takes just 3.6 seconds so the wind hits you hard. The bike still doesn’t vibrate even a bit and the ride quality is quite stunning. Thanks to the 43mm front forks, the bike offers excellent control at all speeds. The brakes also work really well, as Brembo has done justice to this bike.

Even though this is a litre bike, and the fact that it’s a naked, I think this is possibly one of the most fun, yet practical, bikes for Indian roads. The Honda CB1000R was my favorite naked bike in India up until now, and that’s because the Triumph Speed Triple is bigger, louder, and a bit more exciting. 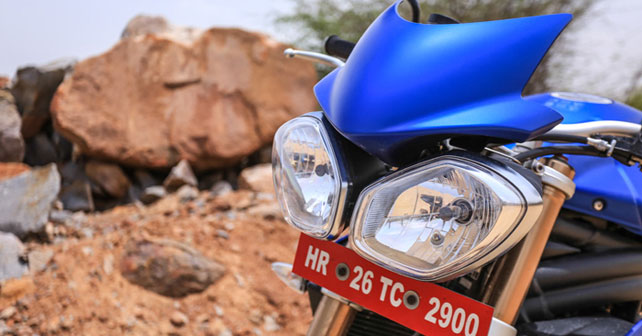