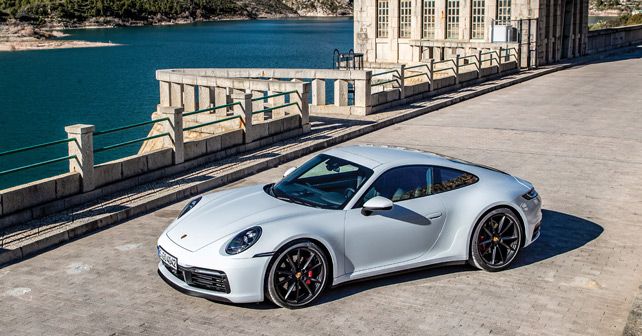 When you’re offered an opportunity to spend a weekend in Germany driving one of your favourite sportscars in the world, what do you say? OH HELL YES!

The Porsche 911, in all its forms over the past 50 years, is perhaps one of the most unique sports cars in the world. The sloping roof and the flared arches – the Coke bottle shape as some designers refer to it – is something that has constantly evolved in a typical German fashion over the decades.

And to give credit where credit’s due, the 911 – owing to Porsche’s brilliant engineering – has become, perhaps, the only rear-engine car that has been refined to a degree where it virtually defies the laws of physics. Of course, I could go on-and-on about what makes the 911 so special, but let’s focus, for once, on the most important thing here – me getting an opportunity to spend a weekend driving the latest generation of the 911 (the 992) on the amazing highways of Germany and also in the beautiful Black Forest region. 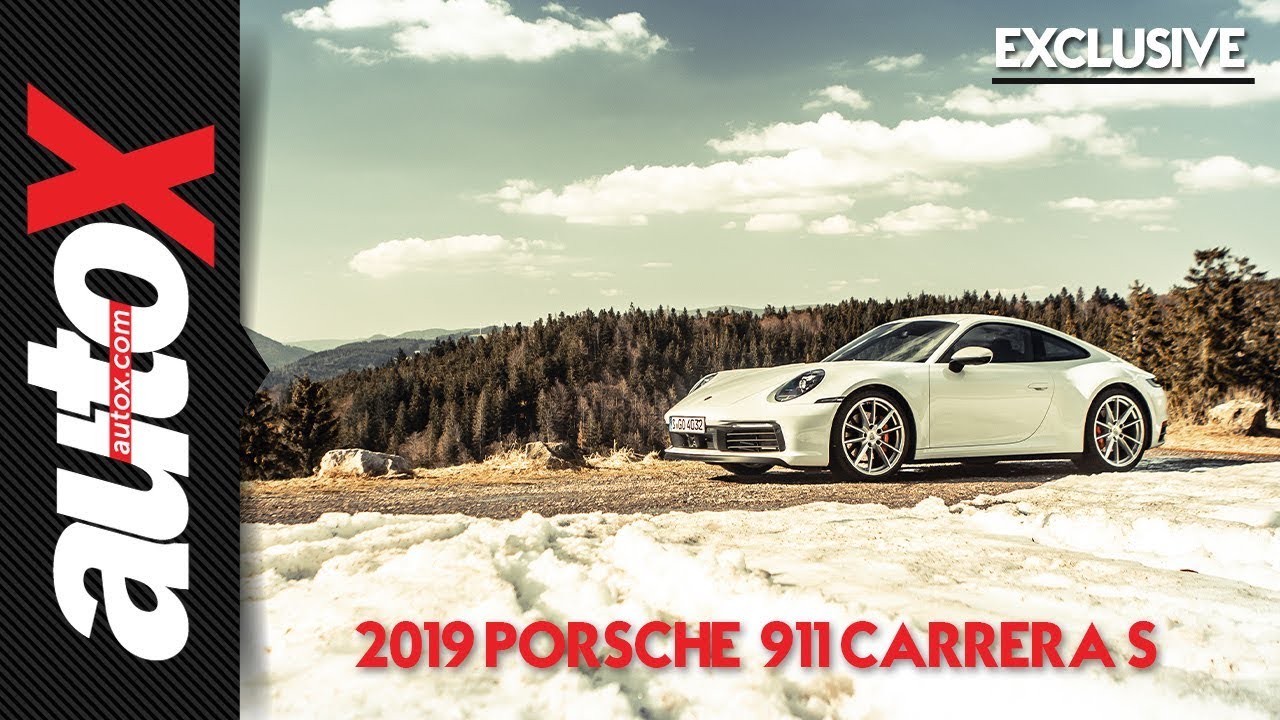 The stuff of dreams
Now that I’ve truly made you envious of me, it’s time for a confession. I’ve been a 911 fan for as long as I can remember. In the days when we didn’t have mobile phones or even the Internet, I’d read about the Porsche 911 in magazines. Those were the days when things were analogue – both magazines and cars – and if you wanted stability control, you had it readily available. It was called a long travel throttle, which you squeezed just enough to make sure your rear-engined 911 didn’t suddenly spin and spit you off the road. In fact, for this very reason, certain variants of the 911 – like the first GT2 – were originally referred to as the ‘Widow-maker.’

Decoding the 992
The original formula of the standard 911, then, hasn’t changed much over the past 7 decades. It’s a (relatively) small sports car with 2+2 seating – to be honest, though, the rear seats are pretty much unusable and can best be used for storing luggage – and the engine is still hanging off the rear axle. The design remains very true to the original, but has undoubtedly evolved in many ways. 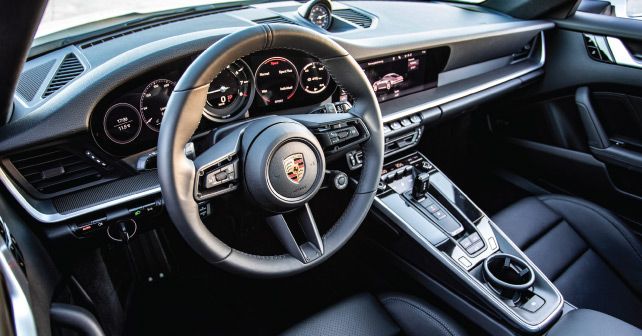 And even after seven decades, it still looks unique. It’s an achievement, really. It’s so unique that it’s impossible for anyone to confuse a 911 for another car. One of the aspects of the evolution of its design is that the 911 has grown in all dimensions – length, width and weight – to not only accommodate the wishes of an ever-evolving customer base, but also to meet more stringent safety standards over the years.

I find the design of the 992 911 quite fantastic. It’s been further refined, and I love the large, single-piece tail light – which is once again becoming a Porsche trademark, as it well should. Paired with the 3D ‘Porsche’ lettering and the quad exhausts, the rear end of the 911 looks purposefully detailed.

Similarly, the new front end, with the LED headlights and big air dams, gives it a commanding road presence. In fact, even in a country like Germany, where 911s are a dime a dozen, my Carrara White test car drew a lot of attention and many compliments, especially from an elderly gentleman who was driving his ‘whale-tail’ 930 911 Turbo.

Chequered flag
The interior of the 911, like most Porsche products, exudes fantastic quality. The fit-and-finish of the various materials, and the way the toggle switches and other controls operate provide a very tactile and satisfying feedback. The centre of the cabin is dominated by a 10.9-inch touchscreen, which – like in the Macan and Cayenne – is simply stunning and a delight to operate. 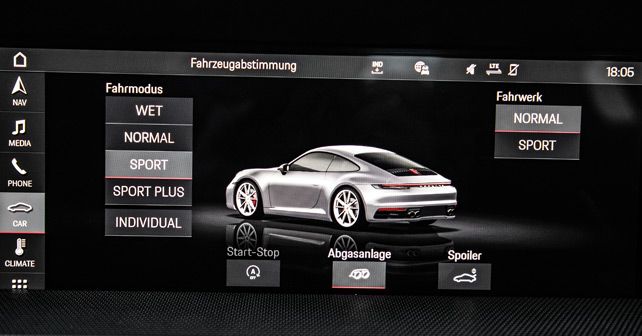 Thankfully, the 911 retains an analogue rev counter, which is finished exactly like the tachometer from older 911s – a great nostalgic touch that’s a nod to the rich history of the 911. I’m not really a fan of how the stubby gearshift lever looks though, but it does work very effectively.

The sports seats – finished in a stunning chequer-flag pattern – also deserves special praise, not only for the support they provide when driving enthusiastically but also for how comfortable they are during long drives. If there’s a bone to pick with the 911’s interior though, it has to be the rear seat space – which, as I said earlier, is rather limited for anyone except very young children.

Black Forest cake (and eating it too)
After taking the delivery of the 911 from the Porsche factory at Zuffenhausen – it’s right next to the stunning Porsche Museum, which is a must-visit – the first thing I did was hit the autobahn. I mean, with an iconic machine that produces 444bhp from its twin-turbo 3.0-litre flat-six engine, it’s hard not to try and find the fastest stretch of road around.

Thankfully, there are still many unrestricted stretches of the autobahn around Stuttgart, and before I knew it, we – me and the 911 – were doing speeds well in excess of 200km/h. And it was entirely legal! 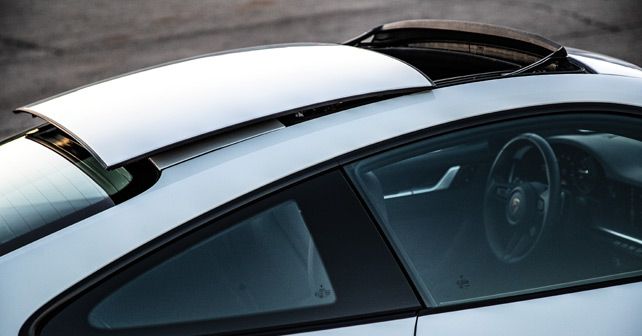 There are a couple of things that immediately strike you about the 992. First, even though the Carrera S is just above the entry-level Carrera trim, with 444bhp – which is nothing in today’s world of supercars, with 650 to 800bhp – it is quick! ‘0 – 100km/h in just 3.5 seconds’ quick. It launches off the line far faster than anything else because of added traction at the rear wheels, which have the engine is positioned right above them. Oh, and the car keeps accelerating till it reaches a top speed of 308km/h.

Secondly, despite the twin-turbos, there’s virtually no turbo lag – peak torque kicks in at 2,300rpm and stays flat till 5,000rpm – and the throttle response is fantastic. And, once again, with its big 305-section tyres at the rear and amazing engineering, it’s difficult to break traction in the 911, which means that putting the power down while coming out of tight corners is stunningly easy with minimal risk. What also helps here is the 1,515kg kerb weight, which is quite low by modern standards.

With its (optional) sports exhaust switched off, the 911 is deceptively quick and gains speed in a heartbeat. On German highways, it was a fantastic feeling to be able to drive at ridiculously high speeds legally and, more importantly, safely – you know that no driver will suddenly pull out in front of you in the fast lane while you’re driving close to the 300km/h mark.

If at all there’s an issue at high speeds, it’s the steering. Don’t get me wrong, it’s very communicative at all speeds, but, at truly high speeds, the front end does become a tad light – as there’s not much weight at the front of the car. It’s nothing alarming though! In fact, it makes you focus more on the driving experience – as even the slightest jiggle at the steering keeps you on full alert, something that, in my opinion, only adds to the driving appeal of a communicative car. 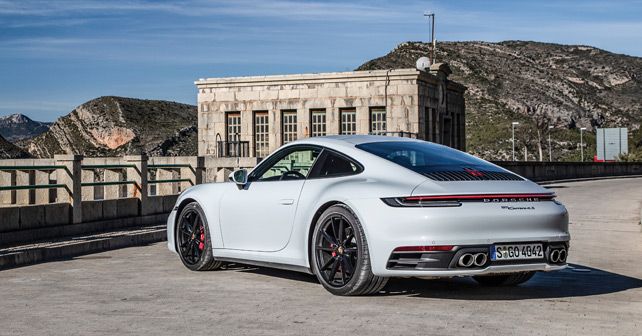 The fine print
As you may have noticed, I had a whale of a time driving the 911 on some truly fine German roads. But, as always, there are a few things to consider when you’re thinking of buying a 911 in the Indian market. First, with its 20 and 21-inch wheel setup, the 911’s ride is firm, even on German roads, which, on Indian roads, is always going to be a challenge.

Two, the 911 is not exactly cheap at `1.82 Crore (ex-showroom), but I think that given the levels of quality and engineering it offers, not to mention the history of both Porsche and the 911, it’s actually priced quite well.

After all, if you’re in the market for a reliable and fast sports car that you can drive everyday – and you can drive this everyday – the 911 has literally no equal. The reason the 911 is so popular is the fact that the car is endlessly customisable, right from the colour to the interior to the wheels, along with a million other options. All of this makes it a very attractive project for many enthusiasts, who want something really custom-made for their collection. And, at the end of the day, the 911 offers the possibility of using it every day without any issues of reliability or durability, even in our tough driving conditions.

What’s truly astounding about the latest 992 generation is just how advanced it is over the outgoing 991 911 – which felt like the best and most usable sports car in the world thus far. And that’s what’s amazing about the Porsche engineers – they find a way of upping the game with each new generation. Just when you think that the 911 can’t possibly get any better, it does.

For me, driving one of my favourite sports cars in the world on some of the finest roads was like living a dream. Driving in the Black Forest region, with the sunroof open, under the shining Sun – try doing that in India – was an experience of a lifetime. Meanwhile, I’ll keep filling larger piggybanks in the hope that someday I’ll own my own 911. Till then, I’ll keep asking Porsche to let me drive their cars as often as they can… 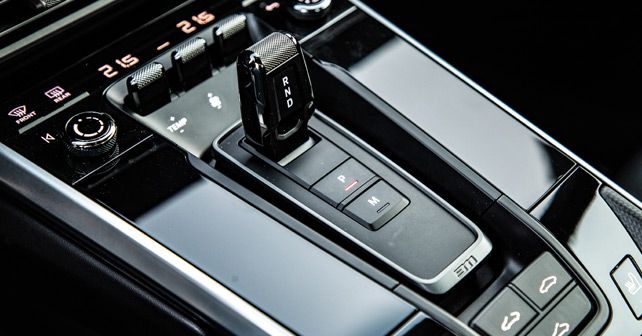 The cabin of the 911  exudes fantastic quality. The fit-and-finish of the various materials, the toggle switches and other controls provide a very tactile and satisfying feedback. The centre of the cabin is dominated by a 10.9-inch touchscreen. 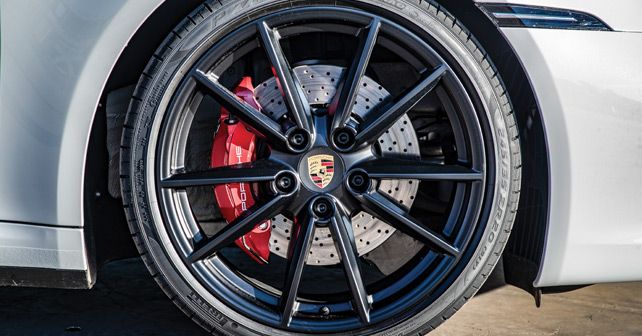 With its 20 and 21-inch wheel setup, the 911’s ride is firm, even on German roads – which, in Indian conditions, is always going to be a challenge.

X-Factor: Even in the Carrera S trim, with just 444bhp, the Porsche 911’s performance and everyday usability make it one of the most desirable and practical sports cars in the world.