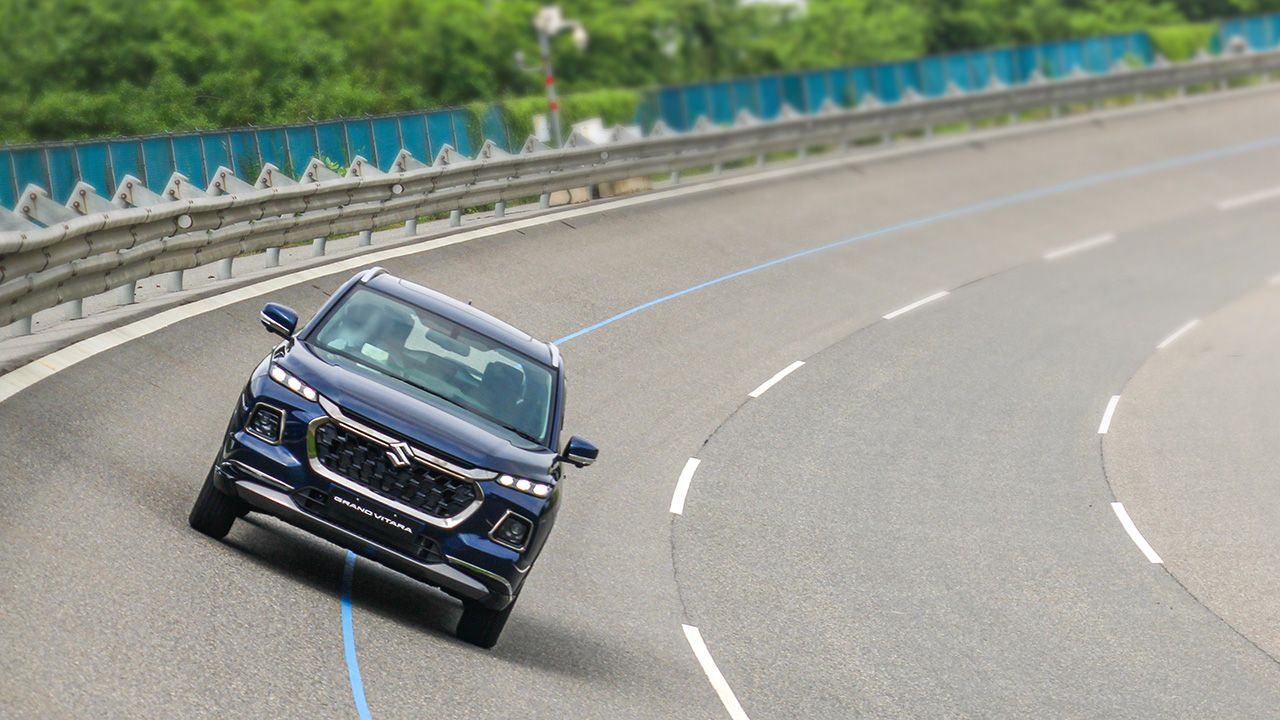 It’s no secret that currently one of the most anticipated products in the Indian market is the next SUV from Maruti Suzuki – the Grand Vitara – which will also be sold under the Toyota brand name, much like the Brezza and the Urban Cruiser are. Based on Suzuki’s global TECT-C platform, the Grand Vitara is longer and wider than the Brezza and also features a wheelbase increase of 100mm, taking the wheelbase to 2,600mm. This means that it will feature increased interior room, as well as a bigger set of standard features. More interestingly, the Grand Vitara will be offered with two hybrid powertrains, first up is the powertrain from the Brezza which is equipped with a mild hybrid system to boost efficiency and drivability.

The other hybrid option will be a strong hybrid system from the Toyota fleet which will offer increased power and the promise of even better fuel efficiency. Now, this quick drive of the Vitara was by no means a definitive test, as we were only allowed to drive at a few test tracks of Maruti Suzuki’s very impressive R&D facility near Rohtak, and we weren’t able to test the car fully. But it did give us an opportunity to see the car in a real-world setting, as well as briefly experience the NVH and interiors, as well as get an early impression of how the Grand Vitara drives.

If there was one aspect of the Grand Vitara that I was surprised by, is how it looks in the real world – off the launch stage, I mean – and how imposing its design is. While at first impressions at launch, I wasn’t particularly impressed with its design, this changed when I saw the Grand Vitara at the track. The imposing front and rear design, the wide stance with the 17-inch wheels, and particularly the wide fender and bumper design meant the Grand Vitara looks imposing and impressive. Also helping here were the colour shades, with the Vitara looking quite good in its blue and white colour options particularly. 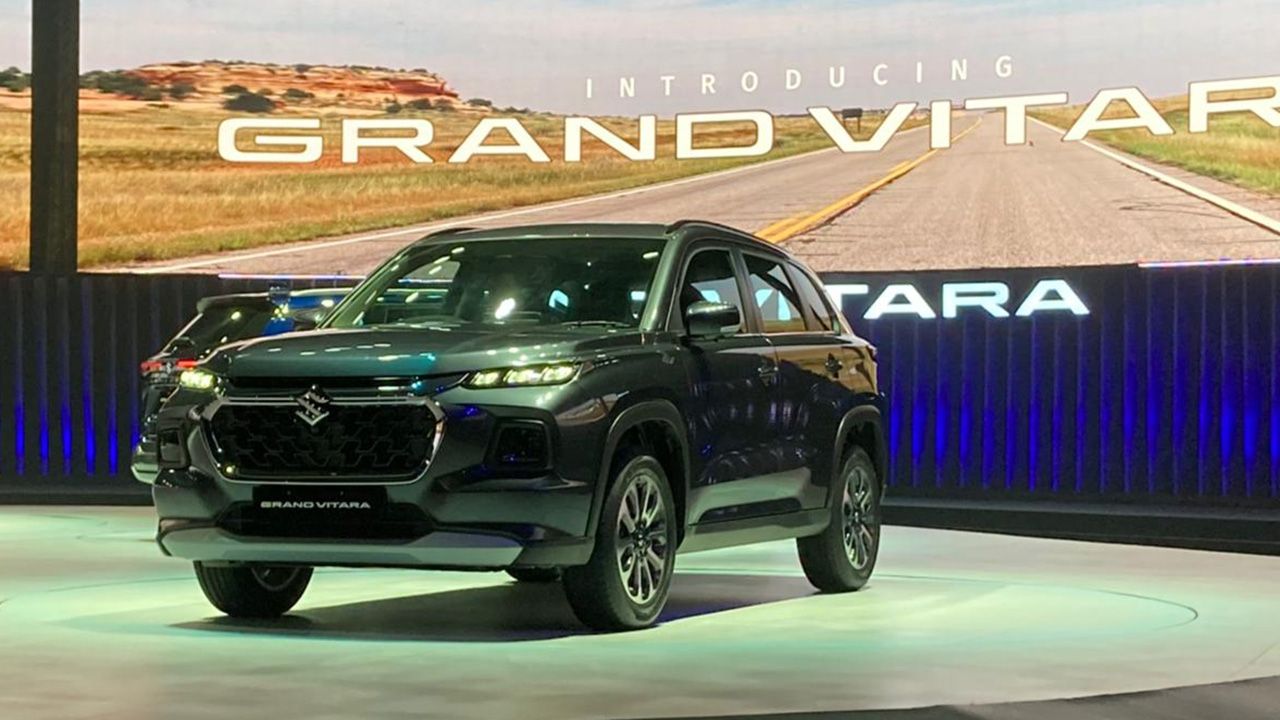 While we got to experience both the engine variants, I thought that the interiors of the mild hybrid variant, with its two-tone interior, looked better. The interior of the strong hybrid variant has been tarted up further, but its dashboard also features a fake wood finish which I am not a fan of. Equipment-wise, depending on the variant, I was able to experience the HUD system, as well as ventilated seats and the different driving modes offered, all of which worked as expected.

First up, we drove the 1.5-litre strong hybrid – Maruti Suzuki refers to this as the Intelligent Electric Hybrid – mated to the e-CVT automatic gearbox producing 114bhp and 122Nm. This variant also offers selectable driving modes, and while we only drove this on the high-speed test track, the engine is refined and quite eager to rev. On the closed circuit, it was easy to maintain speeds well in excess of 120km/h, with plenty of power to spare, and when switching driving modes, there was a distinct difference in acceleration between normal and sport modes. The rubber band effect of the CVT gearbox, though, remained as expected. 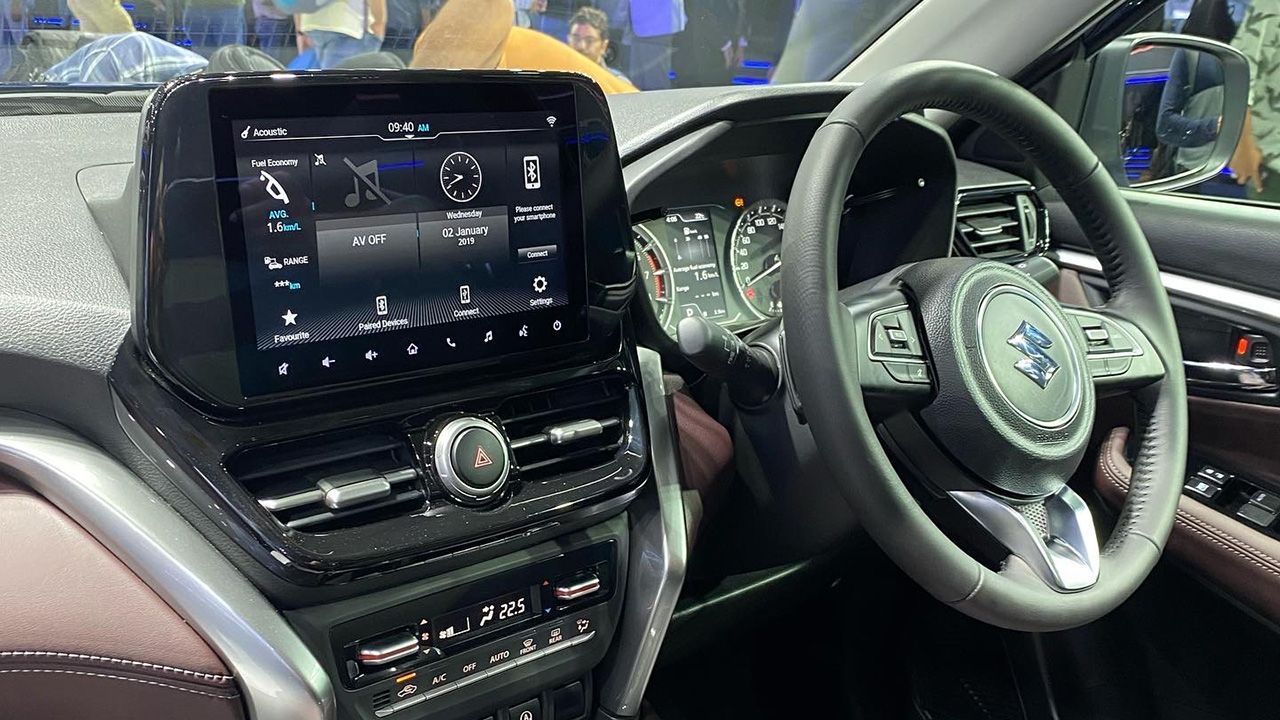 From the gearbox perspective, the mild hybrid deals better with its option of a 5-speed manual and a 6-speed automatic. However, with its lower output of 102bhp, you can definitely feel a difference in performance, particularly at high speeds. However, the manual gearbox is particularly sweet-shifting and remains a pleasure to drive.

While our experience with the Grand Vitara was brief, a few aspects of the new SUV were evident. One, in the real world, the Vitara is a striking-looking SUV and has an imposing presence. The standard feature set also looks quite competitive and offers a lot of options, and at the same time, if you believe the claimed fuel efficiency figures, the Vitara could have really affordable running costs. But lots of questions about the Vitara remain unanswered, such as the practicality, ride quality, real-world efficiency and, of course, most importantly, the price. This means that while early signs are promising, we will have to wait till the launch of the Grand Vitara – expected in early September – before we draw a definitive opinion. 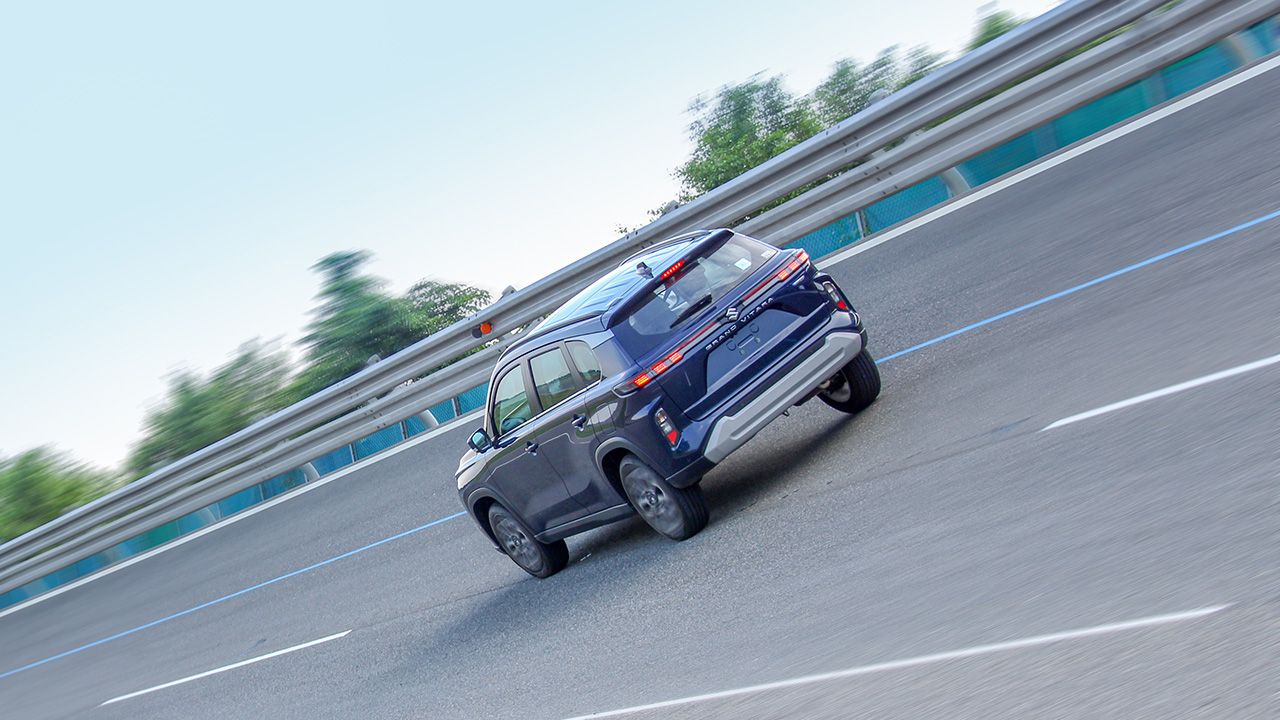