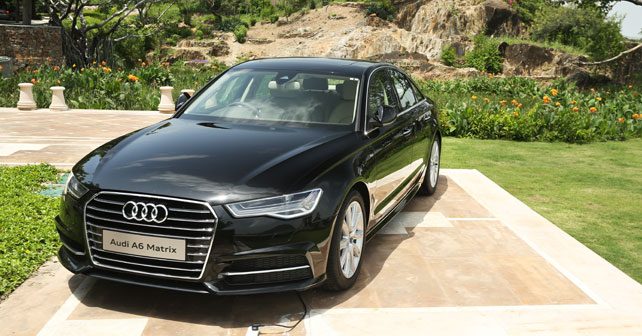 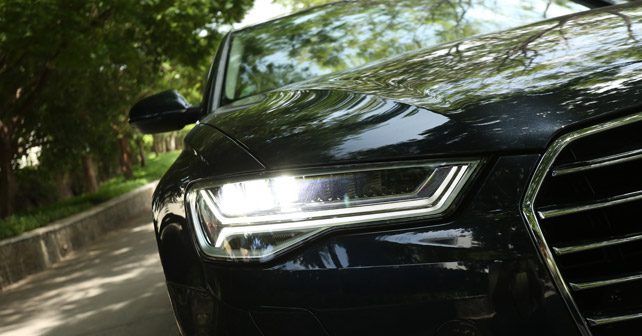 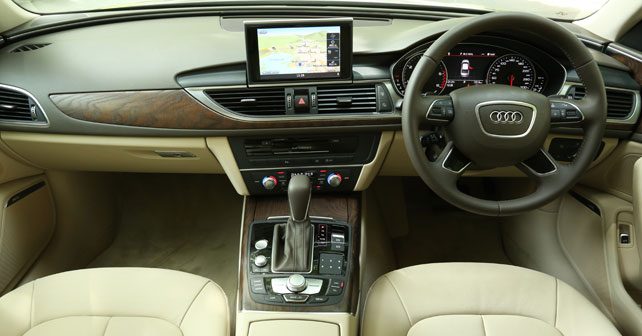 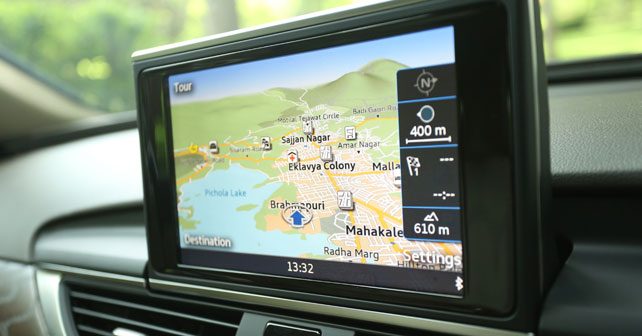 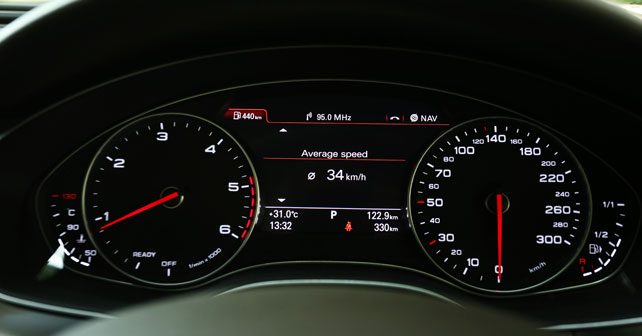 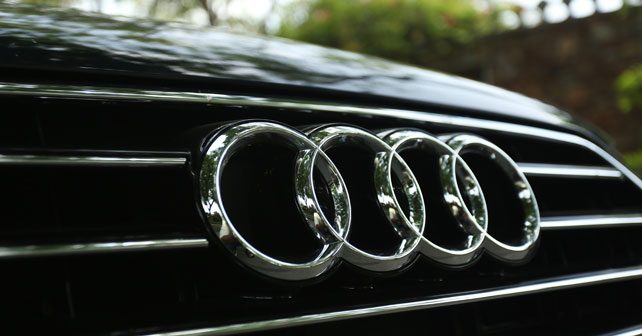 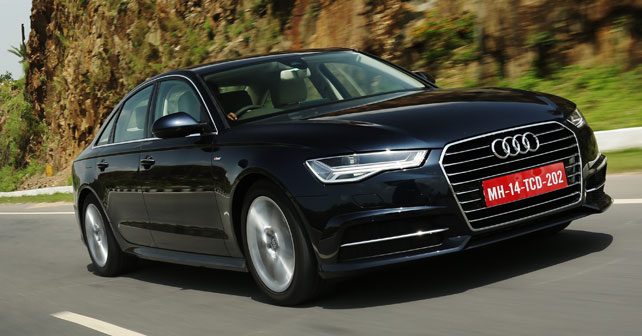 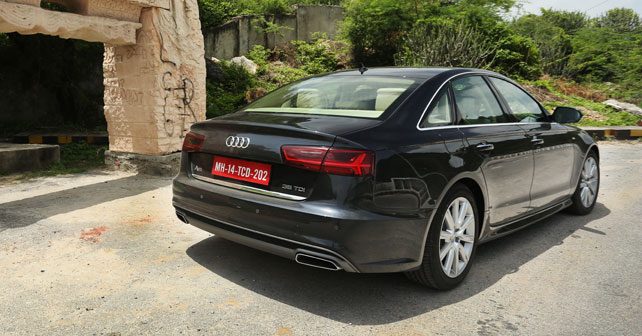 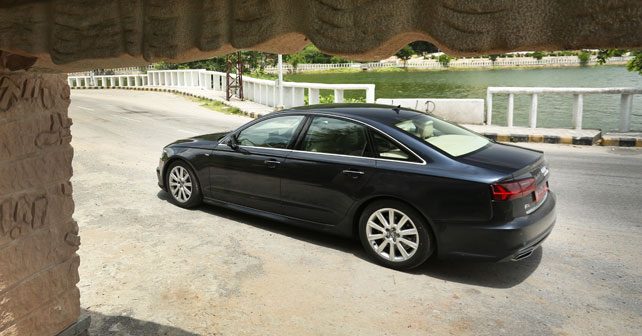 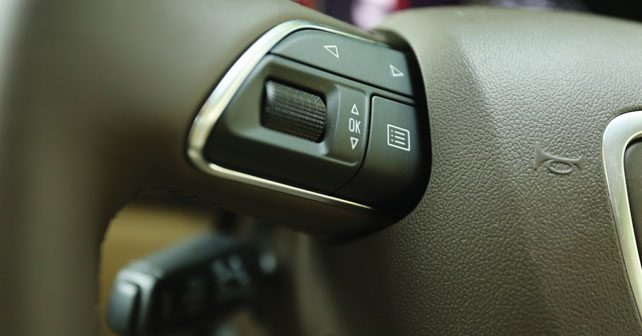 Audi says the new A6 is the most technologically advanced machine in its segment. Now that’s a pretty bold statement. We take it for a spin to find out...

Traditionally, the Audi A6 has always struggled against the BMW 5 Series and Mercedes-Benz E-Class. For buyers, it’s been a straightforward choice. If you want comfort, then the three-pointed star is the obvious choice. And if you love being in control of your luxury sedan, and enjoy driving, then it’s the Bavarian beast from Munich.

Audi has, therefore, found it hard at times to extol the virtues of this particular model. And that’s why Audi’s best selling sedan is the A4, while for Mercedes and BMW it’s always been the E-Class and 5 Series respectively. But Audi, being the number one luxury carmaker in the country, is now set to shake up the Stuttgart-Munich hegemony – if not shatter it completely. So, there’s a lot riding on the 2015 Audi A6 Matrix. The name may sound like a gimmick, but let’s keep an open mind – shall we?

Audi has confidently announced that the new A6 Matrix is the most technologically advanced car in its segment. Now that’s a pretty strong statement, given the sort of the competition it faces. So we decided to decipher this claim by getting behind the wheel. I must admit that the nip-and-tuck job has done wonders for the A6, as it looks refreshed and sharper in design. It gets the 3D front grille, which we saw in the Q3 a couple of months ago when we drove it in Goa – and it certainly does wonders for the stance of the A6. And, let’s face it, an ego boost is respect gained in this uber class! Audi wanted to make sure that the A6 has compelling road presence, and there’s nothing better than having S-Line front and rear bumpers, as well as muscular wheel arches with 18-inch alloy wheels. And Ingolstadt has managed to balance brawn with class, as this is where the sleek new Matrix LED headlights come in. So, what’s so special about it? Apart from being full LEDs, each lamp individually adjusts its light beam when it detects oncoming cars. And so it doesn’t blind anyone. This smart piece of technology is available in Audi’s high-end models like the R8, A8, TT and the RS siblings – the RS6 and RS7. This is the first time that Matrix LED headlights are being offered on a mainstream model as a standard feature. Now moving on two more very cool features, which don’t need a nerdy spiel – the slow, yet dramatic, swipe of the turn indicators, and the re-designed flatter, wider and more sporty twin exhausts.

The A6’s cabin is predominantly beige, which gives it an airy feel. The dark brown dashboard comes with beautifully crafted wooden inlays, which run across the door panels as well. The new infotainment system, or the MMI system, is more intuitive while the display is a lot crisper. Good news for all music lovers, the system now comes with 10GB of memory space. So you can play your favourite tunes in the Bose sound system and let the 14 speakers hit the “are you crazy” level. Sing Hallelujah everyone, the A6 now comes with a USB port, which makes it easier to charge your phone or hook up your music device. The centre console comes with a touch pad, which lets you scan radio stations, playlists, and even maps. The 8-inch multimedia screen is easy to use and can be paired to your smart phone – Android or iOS. It also gives you the option to use voice command functions.

A lot of attention has been given to the comfort and safety of rear-seat passengers. The A6 comes with 8-airbags – so you’re pretty well protected no matter where you’re seated. You can also control the front passenger seat from the back to increase rear legroom. There’s also a remote for the rear passengers to control the infotainment system, which is extremely useful.

Don’t be deceived by the 1,968cc engine – we assure you that it’s a brand new inline four-cylinder diesel. The power output has been increased by 7%, and it now makes 188bhp. But the more significant new addition is the all-new 7-speed dual clutch transmission, which replaces the CVT. Step on the gas, and it accelerates smoothly. This is a bit deceptive though, as you feel as though the car isn’t very fast till you see the speedometer and realise that you’re actually cruising comfortably at over the three-digit mark. That’s when you become conscious of what the A6 is capable of, and slowly ease off the pedal. It also comes with paddle shifters. So, with the new gearbox, the A6 is now more eager to indulge in short acceleration bursts – so just downshift and let it whisper with the wind.

The A6 comes with Audi Drive Select, which lets you choose what mode you’d like to drive in – Comfort, Dynamic, Auto and Individual. What makes this feature more significant is the adaptive suspension, which now comes standard. This lets you adjust the ride height of the car based on the road conditions. The A6 Matrix is definitely the most fully loaded sedan in its segment, and is available at `49.50 lakhs (ex-showroom, Delhi and Mumbai). Well, it’s certainly is worth it. The new engine’s refinement levels are impressive, and so is its increased power and torque. The cabin is very luxurious and the additional features for rear passengers are a smart move. Technology wise, its Matrix LED headlights are class-leading. It’s a great all-rounder, has fabulous interiors, and its diesel variant is frugal. For now, it looks like the A6 can potentially take the lead in this hard-fought segment!