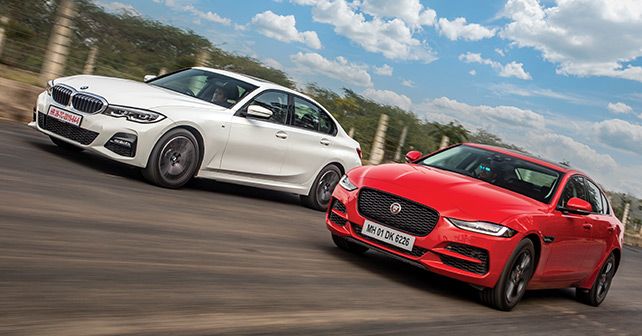 The battle for the ultimate driving machine is on, as the updated Jaguar XE P250 takes on the all-new BMW 330i for the title of the world’s best sports sedan.

When you see a rookie display a level of performance and finesse that commands the respect of fans, peers, and rivals alike, you know that you’re witnessing quite a special event. The debut of the Jaguar XE in 2015 was in similar vein. It took a lot of petrolheads by surprise, by offering a level of driver engagement that thus far was reserved for those lucky souls who drove the world’s ultimate sports sedan – BMW’s iconic 3 Series.

And just about five years later, here we are again with a battle between the refreshed XE and the new 3 Series. But things have changed for both of them. 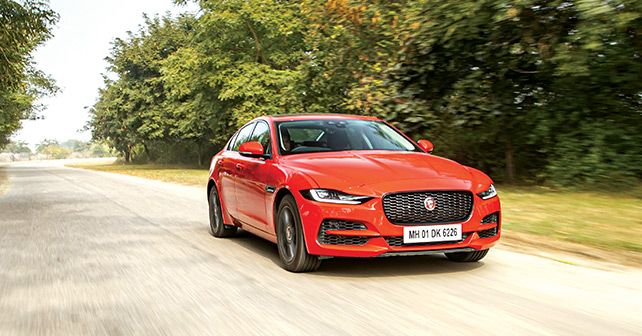 The BMW has undergone a generational change. So, the car that we have here is the 7th generation 3 Series, which is now stiffer, lighter, and bigger than before. This 330i is powered by a more powerful version of the 2.0-litre turbo petrol engine.

The Jaguar, on the other hand, has received a mid-cycle facelift that has given it an unmistakable front end. But it’s when you step inside the car that you truly appreciate the changes that it’s received. The new all-black cabin feels better built – there’s a generous use of leather on most surfaces, the centre console features touch-sensitive HVAC controls housed in a contemporary piano black panel, and the infotainment system is larger – all this, along with the all-digital driver information display, really steps up the game for the XE. 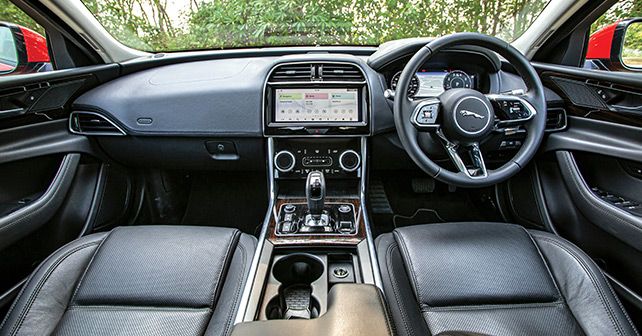 Role Reversal
Now, the mid-cycle update of the XE goes beyond just cosmetic enhancements. In fact, the XE has been revised to become a more wholesome luxury car. I say this because, when you encounter a broken section of tarmac, the XE’s suspension really impresses with its added cushioning, which makes it a worthy luxury car for Indian roads. A few fine vibrations over rough and abrupt tarmac aside, there’s really nothing to complain about – which is a definite improvement in terms of overall comfort.

The XE’s straight-line stability is good too at high speeds, but the car does tend to feel edgy at the absolute limit. On the other hand, the suspension setup feels less playful than before. Prod the big cat into entering a high-speed bend with enthusiasm, and the car begins to feel heavy and the body roll is more prominent than before. While it continues to be very confident at high speeds, even through long, fast corners, it’s that slight hesitation – which wasn’t there previously – that gives you the sense that the XE is no longer as playful as before.

Speaking of performance, the XE’s 2.0-litre turbo petrol engine develops 8bhp and 35Nm less than the BMW, and this difference is conspicuously evident on the road. But, in typical luxury car fashion, the XE is more about picking up speed in a linear manner, even in Dynamic mode, rather than sheer outright pace. 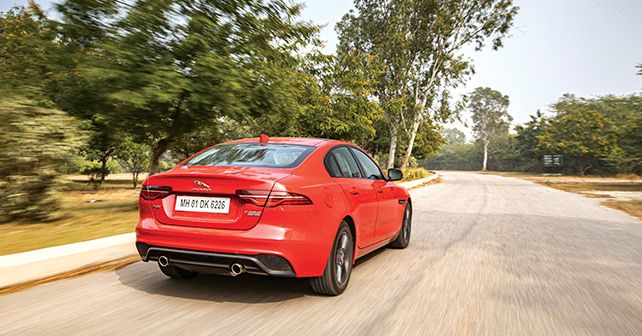 Razor Sharp
BMWs have always had their focus on offering an engaging driving experience, above all else. While this was very much the focus during the development of this all-new model – which is evident in its lighter weight and stiffer chassis – this time, the manufacturer also paid specific attention to other aspects of the car.

For instance, this car has more rear-seat space than any other 3 Series to date. Also, the interior is now more luxurious, with metal-finished switchgear, a separate digital display for the climate control settings, etc. That said, staying true to its sporty heritage, the seating position remains nice and low, while the windows are large with low sills.

Thumb the metal-finished starter button and set off, and it’s fairly evident that the 330i stays true to its roots. Under the hood lies a 2.0-litre turbocharged four-cylinder engine, which is good for 254bhp of max power and 400Nm of peak torque. 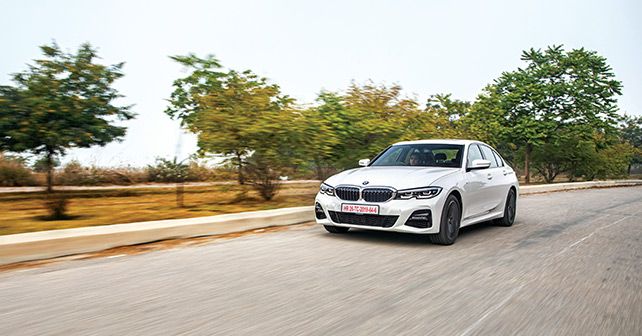 Power continues to be sent to the rear wheels via an eight-speed automatic gearbox, which has been set up beautifully by BMW to choose (and hold) the correct gear in just the right rev range, ensuring that you’re never left wanting for power, be it in Comfort or Sport mode.

However, it’s Sport Plus mode that truly does justice to the capabilities of the 3 Series – it simply transforms the powertrain into an aggressive powerhouse, turning the 3 Series into a tarmac scorching sports sedan. The engine emits a sporty soundtrack, and the whole car feels nice and taught. The straight-line stability at the limit is phenomenal, as the car grips the road with no intention of ever letting go – allowing you to carry fairly ridiculous speeds around bends. In short, it’s a car that just begs to be driven hard!

However, one shouldn’t mistake the 330i for just a hardcore sports sedan, for the suspension setup is not only impressive in regards to stability but also when it comes to comfort – so-much-so that it’s safe to say that this level of ride comfort is a pleasant surprise in a 3 Series. It cushions all sorts of bumps effortlessly and feels more refined than the Jag while it’s at it. 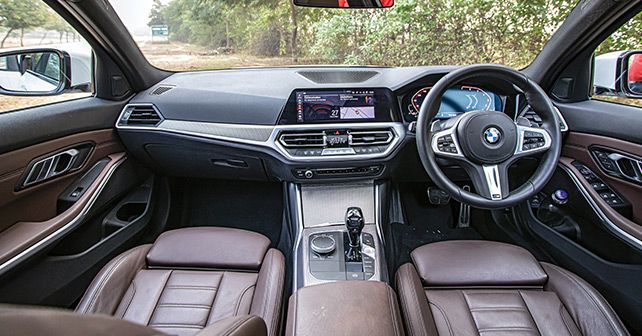 Ultimate driving-machine?
Continuing its heritage of creating the ultimate driving machine, BMW, in the new 3 Series, has created a modern-day performance car that’s in a league of its own. And since it’s now also evolved into a luxury car in terms of space, comfort, and features, it’s the undisputed winner of this petrol luxury car shootout.

The XE, on the other hand, has been updated to offer a wholesome luxury car experience. In terms of performance, it’s not a slow car by any means and is engaging to drive in its own right, however, it’s just not as captivating from behind the wheel as the BMW. 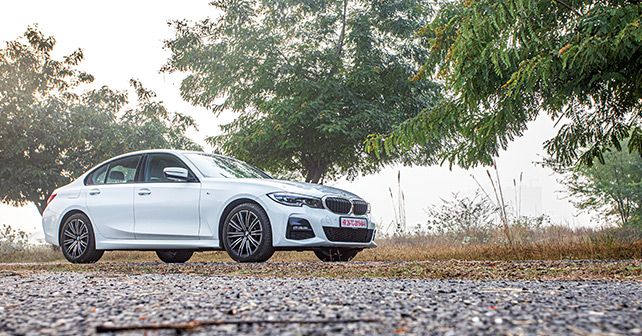 That said, there is no doubt that it’s very unique and special when it comes to its looks and cabin experience – making it a far more desirable ‘luxury car’ than ever before. And the fact is that the BMW’s fuss-free styling just doesn’t attract people’s attention as intently as the Jaguar’s sharp front-end – especially in this Caldera Red, which stands out on the road for all the right reasons. 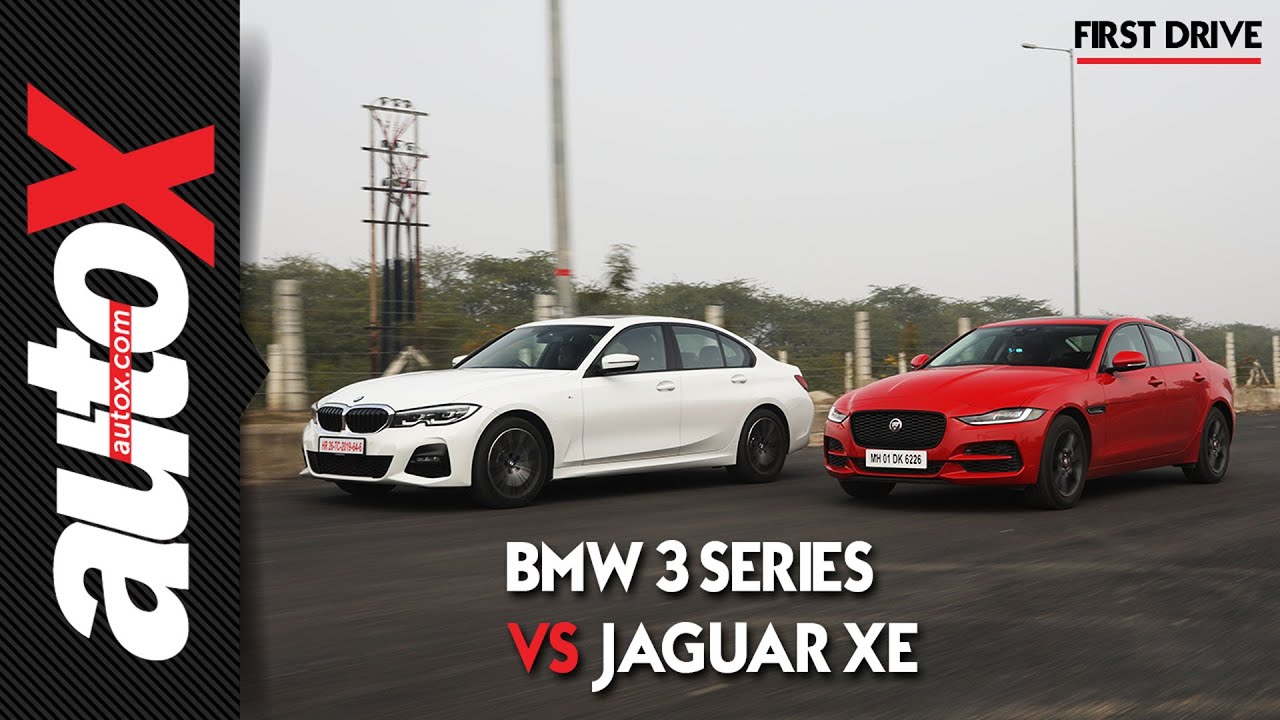 X-factor: A true luxury car and a real head-turner.

X-factor: A sensational driver’s car that also makes for a great daily driver. 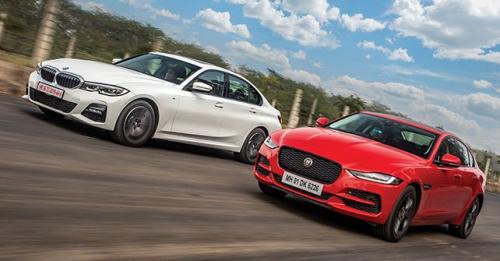 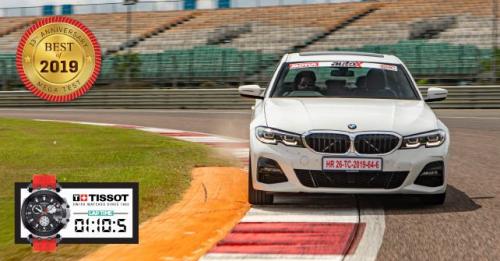