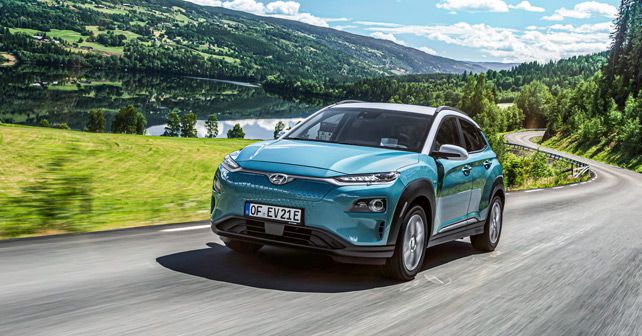 In Hyundai’s Kona EV, we finally have an electric vehicle that offers a practical real-world range of 449 kilometres. We drive it, before its impending India launch in July, to see what it feels like from behind the wheel.

Over the past few years, the discussion about climate change has indeed become intense – and for good reason of course, because it’s a reality that demands our immediate attention and action. However, in most such discussions, automobiles and vehicular pollution are the first to take the blame. Now, I don’t believe that the explanation of such a complex topic is that simplistic. There are many factors that are conveniently ignored in today’s debates, making them unidimensional and banal.

But let’s leave the discussion about the larger issue for another day – because I’ve recently spent some time behind the wheel of one of the latest electric vehicles from Hyundai. So let’s talk about the engineering excellence and the real world practicality of this machine before getting into the challenges facing electric mobility in India, and around the world. 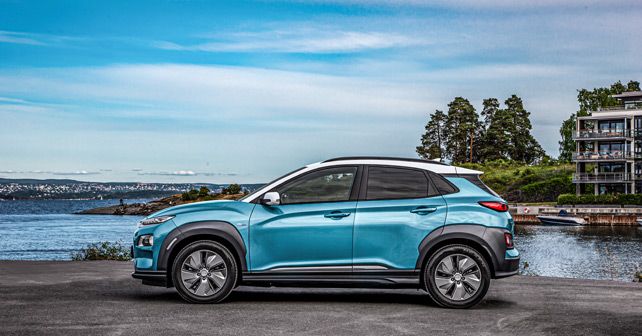 Crossing over
If I were to characterise the Kona EV – which we’ll start to see on Indian roads over the next few weeks – I’d say that it’s an interesting amalgamation of a hatchback and an SUV. It’s a unique design, with just the right amount of quirkiness and convention to generate interest and still be easily accepted at the same time. Of course, there are some deft touches that tell you that it’s not your conventional ICE-powered runabout either.

Most of these cues are in the finer aspects of the Kona’s design, such as the alloy wheels with large spokes that make them more aerodynamic, or the fully enclosed front grille, which also houses the electric charging port.

In profile, the SUV aspect of the Kona is clearly visible with its swollen wheel arches and plastic cladding. The rear-end features familiar tail lamps, while there are aerodynamic enhancements to the C-pillar to further reduce drag and improve the aerodynamic coefficient. I think the key here is that Hyundai has made enough changes to distinguish the Kona EV from its ICE counterpart, without making it too quirky or outlandish. 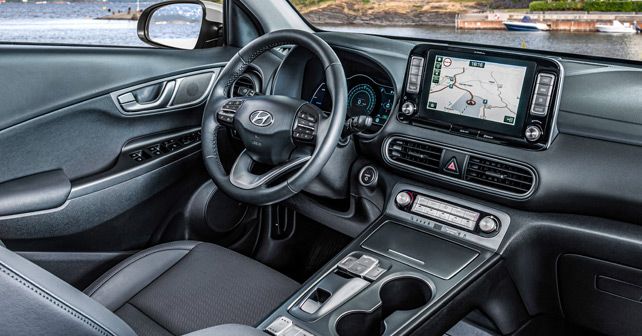 Powering on
Appearances aside, the main highlight of the Kona is the fact that it’ll be the first electric vehicle in India to offer a practical driving range on a single charge – a claimed 449 kilometres on the WLTP (Worldwide Harmonised Light Vehicle Test Procedure) cycle. This is made possible by a large 64kWh battery that also provides enough power to make the Kona sprint quite effectively. After all, 201bhp and, more importantly, 395Nm of torque is available from zero rpm, which means that the Kona can shoot from 0 to 100km/h in just 7.6 seconds.

Now, driving the Korea-spec Kona in Seoul and in the nearby mountain roads was actually quite a bit of fun. The instant torque means that there’s no delay in the power delivery, and the car darts to cruising speeds quite effectively.

You can choose one of the three levels of regenerative brake recharging via the steering mounted paddles. In the most aggressive level, the Kona effectively becomes a single pedal car. The highest level of regeneration slows the car down rather aggressively the moment you lift your foot off the throttle, and it also uses the maximum possible energy generated during braking to charge the battery. The best part is that, in most cases, you don’t need to even touch the brake pedal. It’s a useful feature and keeps you engaged as a driver – you can’t help but play with the throttle to enjoy the fact that you don’t really have to use the brakes at all.

The ride and handling balance of the Kona is quite sorted too. Its low-slung battery means a low centre of gravity. On smooth Korean roads, the Kona was quite stable at high speeds and rode well. My only gripe with the Kona is its steering, which, while direct, lacks any real feel.

The quiet room
The interior of the Kona EV is marked by its high levels of refinement. Naturally, the noise levels of a battery-powered car are much lower than traditional petrol or diesel vehicles. In fact, the interior is so quiet that the loudest noise inside the Kona is that of the tyres. In short, the Kona is exceedingly refined inside, and that even adds to the sound quality of the standard-fit Infinity sound system.

The quality of the Kona – both inside and out – is quite good. Of course, this is something relative to the pricing of the car, so until we know what the price of the Kona EV will be in India, we’ll reserve judgement on that front. 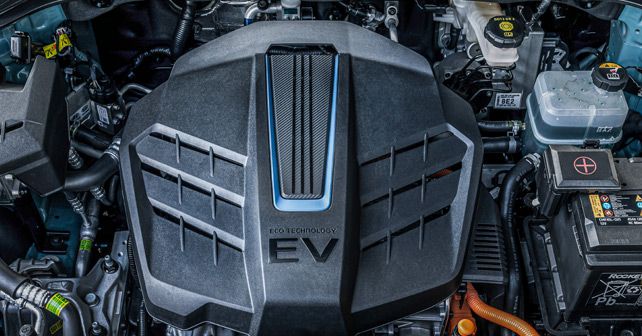 Elephant in the room
As a product, the Kona EV offers you something that no EV has offered before in the Indian market – a practical, good-looking, comfortable EV, with a very usable range of 400-odd kilometres on a single charge. But this is where things get tricky. You see, there are five issues that could plague the success of electric passenger cars in a market like India.

First, of course, is range anxiety, and the Kona EV tackles that successfully with its massive range on a single charge. Second is the fact that there is no practical electric vehicle charging infrastructure present in India, and one being implemented in the near term appears to be a challenge at best. So, with a car like the Kona EV, you’ll have to rely on charging at your home or office. Third, there is still the underlying question about whether driving an electric car in India is less polluting than driving one powered by petrol or diesel, considering that over 70% of the electricity in our country is still produced using coal.

Fourth, of course, is charging time. You see, even an advanced EV like the Kona takes over 9 hours to be fully charged on a regular household charging station. While that might not be much of a problem if you’re charging the Kona every night at home, it still restricts its usage on a road trip – as you need at least 5 hours, or more, to charge the car for a reasonable driving distance. Sure, this problem can be tackled by installing a 100kW fast charger at home – at least until a reasonable charging infrastructure starts to develop around the country, a process that’s likely to take some time to say the least.

And fifth is the issue of price. With the government not offering any meaningful reduction in the duties on electric vehicles, the price of an electric vehicle is unlikely to be very economical in the near term. 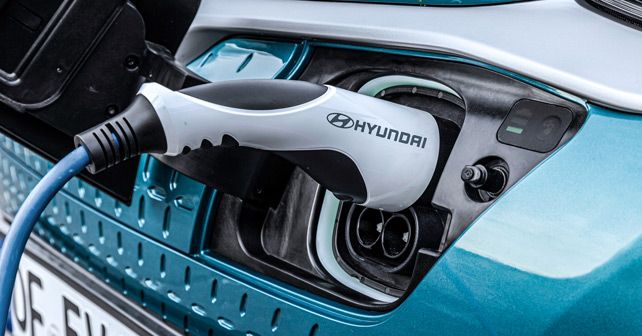 The ultimate question
So, what’s the price of the Kona EV likely to be in India? Well, Hyundai India officials remain tight-lipped on that aspect, but let me explain what we can expect. The Kona EV, in Korea, costs about $70,000 (about  `49 lakh). After subsidies from the Korean central and state governments, it’s sold for $35,000 (about `24.5 lakh). Add the duties and registration and other taxes in our country, and it gives you a hint of the the expected price of the Kona in India.

The Kona EV is a fantastic demonstration of how electric vehicles can be practical and still be fun to drive. However, as electric vehicle technology stands right now, long driving range and fast charging isn’t affordable. And that’s before the question of infrastructure and the true environmental cost of our electricity supply.

Overall, the Kona EV is a terrific demonstration of current electric vehicle technology, but, given its expected price, only a small set of people will be able to afford it. Nevertheless, if you’re an early adopter, and price is secondary, then the Kona EV will make quite a statement on our roads. Perhaps it’ll finally spearhead a true electric revolution in our country.

X-Factor: If you’re looking for a practical EV that has a usable range and is great fun to drive too, then the Kona EV is what you’ve been waiting for. 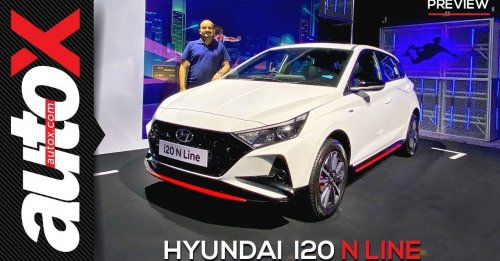