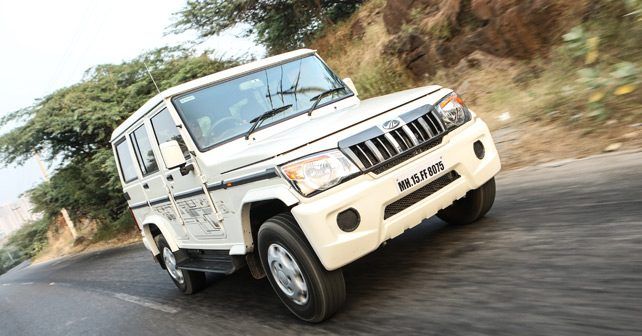 Get this – Mahindra’s Bolero is now a ‘sub four-metre vehicle’. But that’s besides the point, Abhishek has waited 16 long years to drive India’s bestselling MUV. The question is, was it worth the wait?

A kid sprints across the hallway, comes skidding to a halt and yells, “The new Bolero is outside!” The year is 2,000 A.D. and a bunch of 10 year olds run out to stare at a brand new Mahindra Bolero in top-end GLX specification. It’s a posh one says one of them. We inspect the car with care and come back thinking about what it would be like to drive - although my only driving experience included a pedal car at that point.

Boarding school was tremendous fun – I mean where else could you rub the oil from the world’s hottest chilly on an unsuspecting victim’s lip balm? On the flipside, though, we barely ever saw a new car.

It’s been 16 years since, and now a shiny new white Mahindra Bolero in top-end ZLX spec stands in front of me. Only this time, I have the keys to it.

As I peek inside, I realize that not much as changed in the past decade-and-a-half – the seats, dashboard and even that high-set steering wheel are all pretty much the same. The only difference is that everything is now finished in beige as opposed to grey. Plus, it has some faux wooden trim. New equipment comes in the form of a scroller for engine start / stop system and the instrument binnacle now has digital display for all gauges. 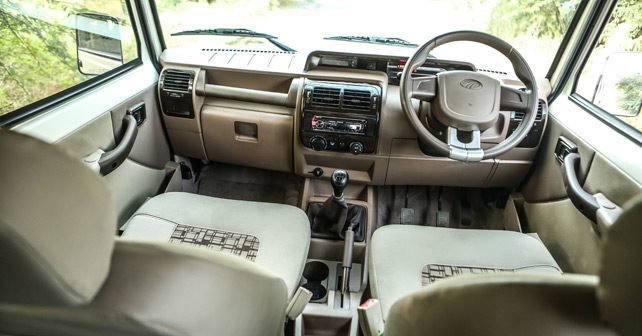 But underneath all the familiarity, this new Mahindra Bolero Power+ has a new heart. Out goes the old 2.6-litre unit and in comes Mahindra’s new 1.5-litre, three cylinder, turbo diesel engine which also does duty in the Mahindra TUV300.

And I’m happy to report that this new engine has completely transformed the Bolero. As the Bolero Power+ rolls off the line I’ am surprised to find that Mahindra has really improved this 1.5 litre engine from when I first drove it a year ago in the then-new TUV. Its uncanny how there is no turbo lag whatsoever and the engine is fairly responsive up to 3,000 rpm. Vibrations are very well contained and the engine sounds refined too. You can push it to a little above 3,500 rpm where a maximum of 70 BHP is made but there is nothing beyond that. And since peak torque of 195Nm is delivered between 1,400 rpm and 2,200 rpm little wonder there is no turbo lag here. Out on highways it can cruise comfortable at 100 km/h. And those wide 215 / 75 section tyres provide enough grip, although high speed braking can be jittery. Better tyres than these Ceat ones would help too.

The Bolero Power+ comes with hydraulic power steering and isn’t very difficult to drive overall, in fact it’s quite easy as body control like every other Mahindra on a ladder frame chassis is pretty decent and predictable.

Downsides? Well, there is no getting away from the fact that this is a 16 year old vehicle. An aspect that is more than evident on the ergonomics department. The seats lack support, cushioning is thin, the third row is unusable and there is no place to put your left leg while cruising on the expressway. But the biggest glitch here is the non-adjustable high-set steering wheel which can take a toll on your neck if you aren’t used to it.

No matter what I say though, the Bolero has been India’s bestselling MUV for about a decade now. It’s rugged and dependable and if you look long and hard at the segment. There isn’t an alternative. So rest assured this should do well too.

But that’s not the end of the story for now. Mahindra has shaved off the front bumper and tucked in the one at the rear to ensure that it measures under four meters. Factor in the 1.5-litre engine and it avails the tax benefits originally meant for compact cars. The end result is that, at Rs. 7.86 lakhs (Ex-showroom, Delhi) it costs Rs. 80,000 less than the larger engined and less powerful Bolero. Not a bad deal from that point then.

From my point of view, for novelty value alone – yes, it was worth the wait!

X-Factor: Rugged and dependable, of course, and the new powertrain brings it up to speed with the times.