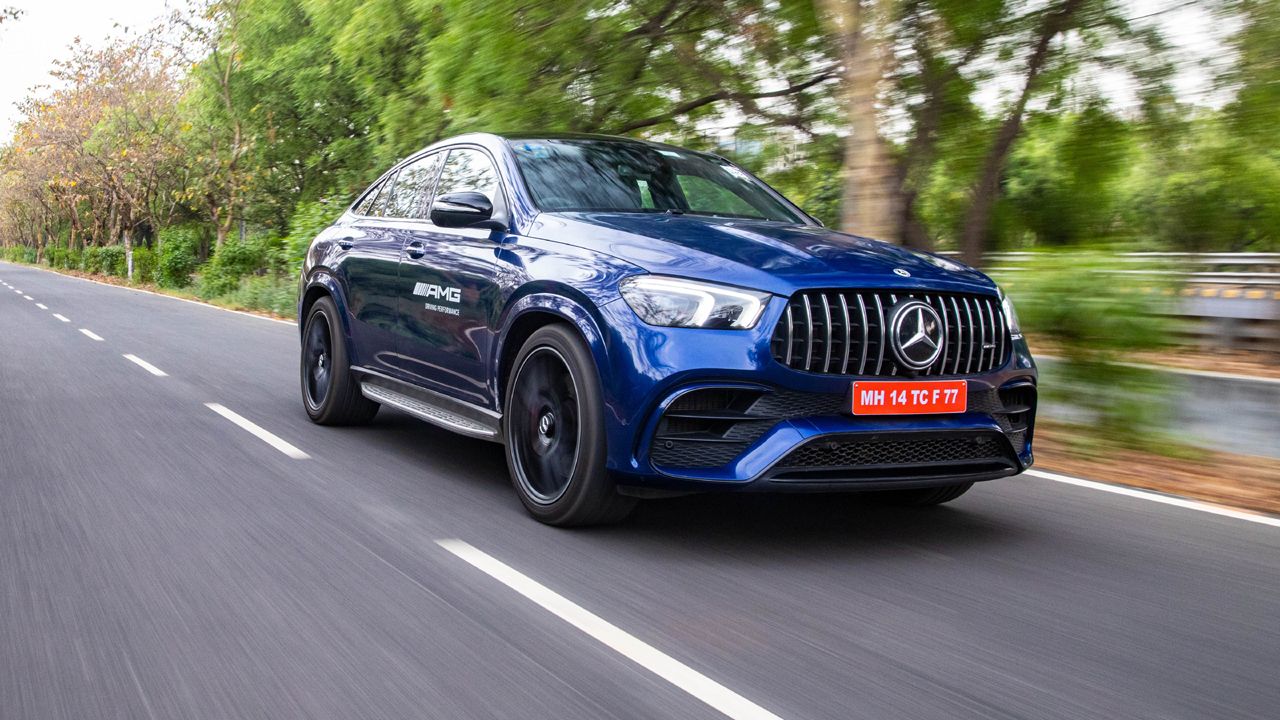 In theory, the GLE 63 S Coupé packs every special feature that Mercedes and AMG have on offer. But is it as indulging in the real world as it’s cracked up to be?

If Mercedes-AMG ran an exotic restaurant, the GLE 63 S Coupé 4MATIC+ would be the outlet’s most wholesome platter on the menu. Why? Because it’s got virtually everything! Sports car performance and handling? Check. Practicality and the butch look of an SUV? Check. Stylish and a unique coupé shape? Check. Grip and all-wheel-drive security? Check. Essentially, you’re getting heavy portions of every speciality that Mercedes and AMG have on offer. In fact, it pretty much sounds like the perfect performance car recipe for our roads, doesn’t it?

However, the proof of the pudding (or the platter) is in the eating. So, does the GLE 63 S Coupé really bring all flavours of motoring in one saucy package? We spent a couple of days with this behemoth to find out. 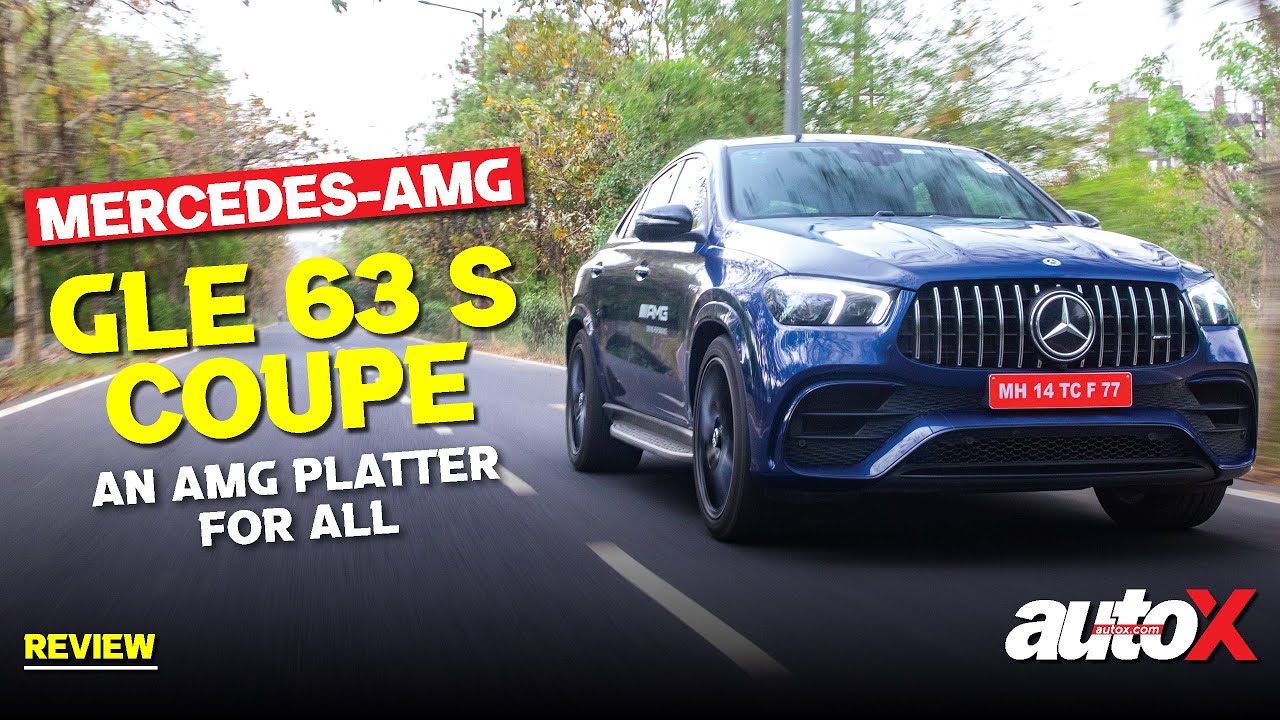 Tipping the scales at nearly 2.5 tonnes, the GLE 63 S Coupé weighs about the same as a medium-sized moon. But then, given its 4.0-litre twin-turbo V8 churning out 604bhp and 830Nm, you can also say that it pulls along the road as if it’s propelled by tidal forces! Nought to 100km/h can be clocked in just 3.8 seconds – which is bang in the supercar territory. What’s even more remarkable is that it does this without any ‘Launch Control’ system – yes, the 9-speed TCT or torque converter that this car employs for transmission duties doesn’t get AMG’s ‘Race Start’ mode. However, you won’t really miss it, for there is hardly any difference. The GLE 63 S Coupé can shoot off the line over and over again without any fuss, without any shortage of drama. 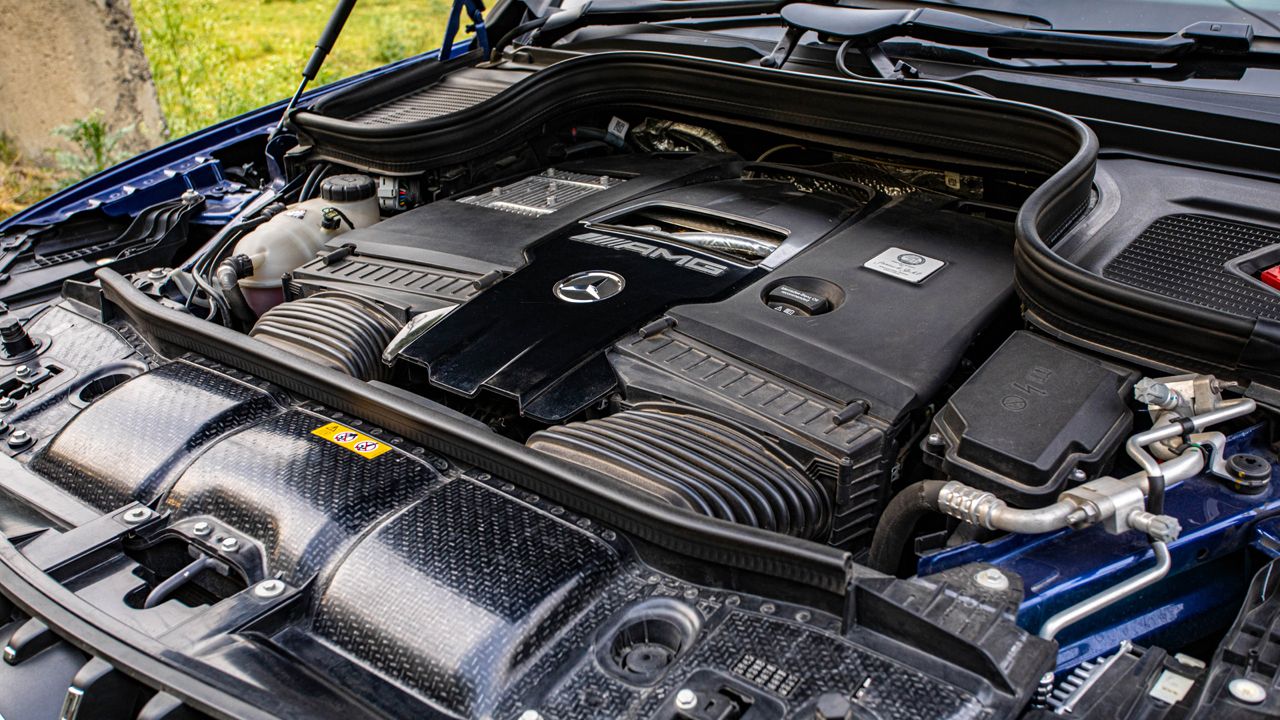 The only niggle in terms of its performance is that the powertrain feels a little lethargic at low speeds. During quick overtakes or aggressive kick-downs, you can catch the gearbox napping. Plus, the engine also suffers from turbo lag below 2,000rpm. Now, to minimize lag and rush things up at low speeds, the V8 motor is equipped with an integrated EQ Boost starter-alternator. The 48-volt mild hybrid system produces an additional 22bhp and 250Nm to assist the petrol motor until the turbos kick into action. However, despite that, the power delivery at low speeds isn’t what you’d call instantaneous, and there is always some delay before the V8 unleashes all of its furies.

There are multiple driving modes to choose from – Comfort, Sport, Sport+, Individual, and Race – but as I figured out during the drive, it’s best to select Individual and, then, mix and match different modes. I felt that the Sport mode worked the best for me, as the engine and transmission were responsive without being jerky or overtly sharp. Similarly, keeping the suspension in Comfort makes the air springs provide a more absorbent and comfortable ride over bad roads. Don’t expect it to be as plush as your regular GLE, though, but by hardcore supercar or super-SUV standards, the ride quality is acceptable. 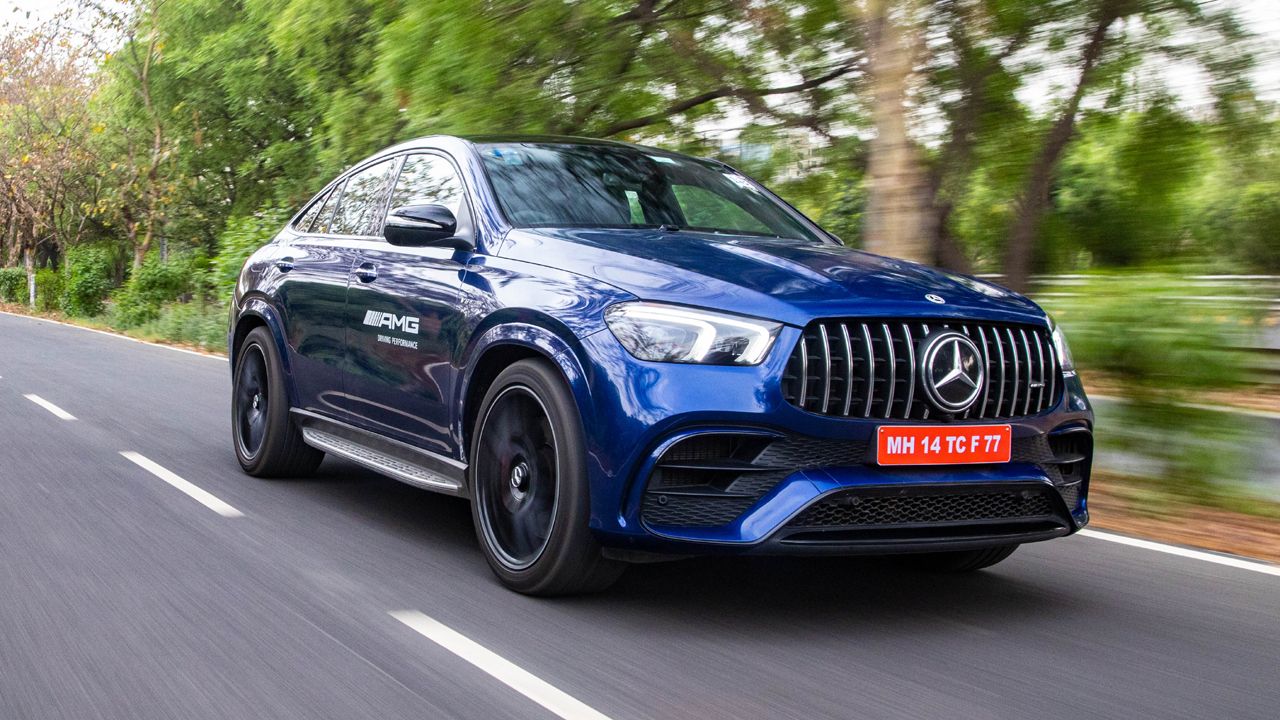 As for the handling, the way this thing goes and grips corners is kind of hilarious. Despite being mahoosive in size, it doesn’t feel nervous or out of its depth when you push it hard around bends. Sure, it does feel weird and unnatural at first, but once you’re aware of its girth, it’s pretty rewarding to drive it enthusiastically. Surprisingly, the steering also feels quite direct, and the feedback from the wheel is good, if not excellent. That said, under heavy acceleration, the nose lifts up quite aggressively, making the steering feel floaty.

All told, the GLE 63 S Coupé is fun but not as involving as the E 63 or the A 45. Despite having adaptive dampers, active anti-roll bars, dynamic mounts, a limited-slip diff, fat tyres with 22-inch wheels, and the whole lot, the GLE 63 can’t fight physics like a low-slung sedan or a hatchback. You can always sense it fighting the forces as it leans and wallows around tight corners. It will still make the corner without flinching once – that’s why I said it’s hilarious – but it’s not meant for performance car enthusiasts who’re in the serious business of corner-carving. 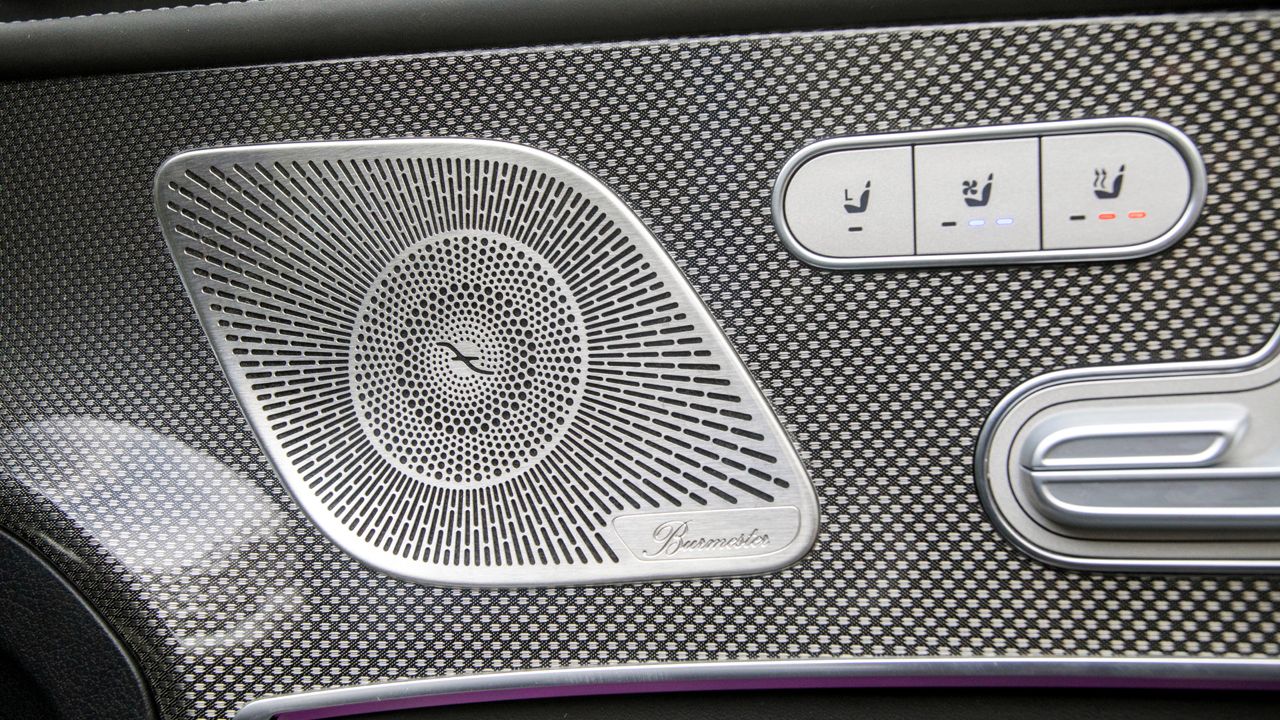 Being a top-of-the-line AMG derivative, the GLE 63 S Coupé is loaded to the gills with features. The interior is laced with top-quality materials like Alcantara and brushed aluminium, and there’s the usual Mercedes-AMG sporty flair all around. The body-hugging AMG sports seats are super supportive and plush, while elements like the AMG-specific display, supported by MBUX infotainment, make the cabin feel every bit as modern as any top-class Merc. The rear-seat space is quite decent too; however, the sloping roofline does eat into the headroom, which is not ideal if you want to be chauffeured around in this thing. But, then, if you intend to do that, you may first want to check with your doctor if you’re clinically mad!

As I said in the beginning, the GLE 63 S Coupé is a platter that allows you to savour the flavour of everything that Mercedes and AMG offer. It may not excel in one particular department, but the sum of all its parts makes it an object worth salivating for.

That said, it’s a bit pricey for what it brings to the table. At ₹2.15 crore (ex-showroom), it costs a heck of a lot more than the lesser GLE 53 AMG Coupé, which, I think, looks just as controversial, or unique. And even though the 53 doesn’t have a barking mad V8 under the hood, its 3.0-litre twin-turbo six-cylinder turbo motor is no slouch either. 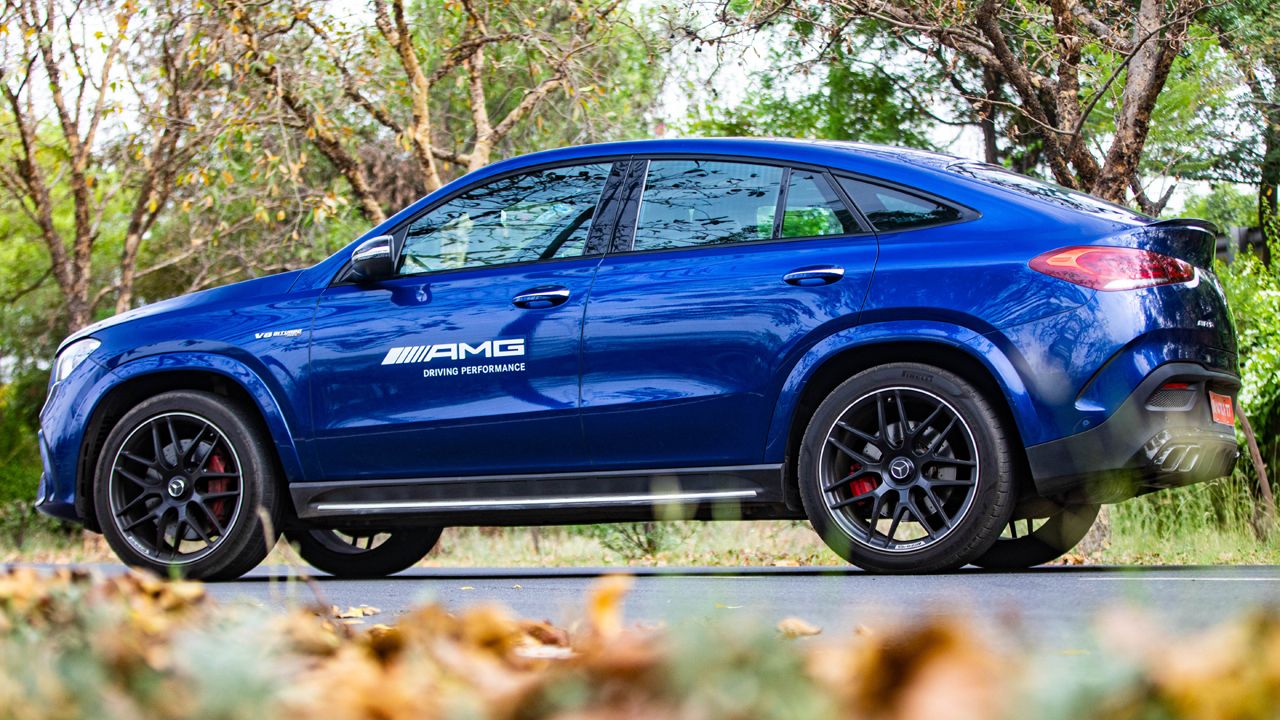 My other problem with the GLE 63 S Coupé is that it’s priced quite close to the ultimate big daddy of AMG’s SUV range – the G 63. Now, that’s the ultimate SUV to flex your power and stardom, and it’s actually very, very good to drive too. But, of course, if you’re hell-bent on buying a Coupé-SUV and want the last word in AMG performance and handling, the buck stops with the GLE 63 S Coupé 4MATIC+. Needless to say, it will require big bucks!

X-Factor: Sportscar-like performance & handling, clubbed with the practicality and style of a coupé-SUV, makes the GLE 63 S Coupé one of a kind. 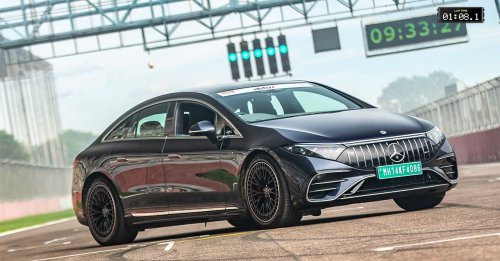 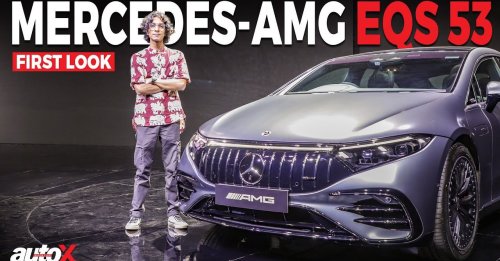 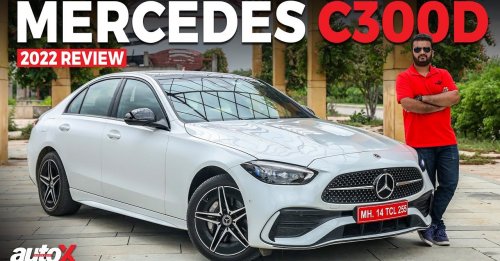 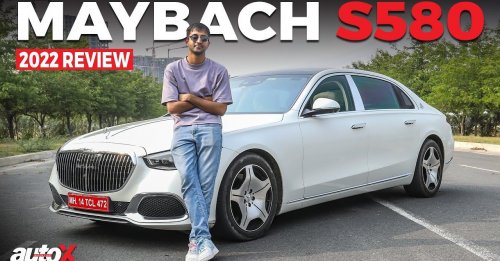