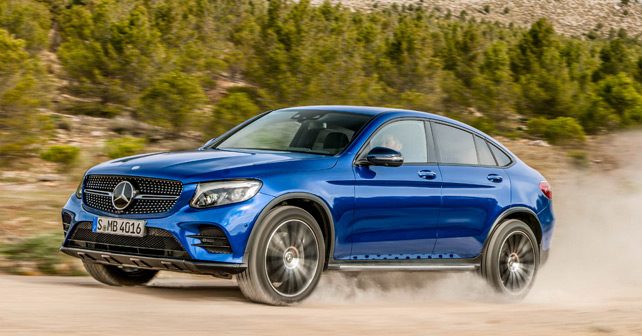 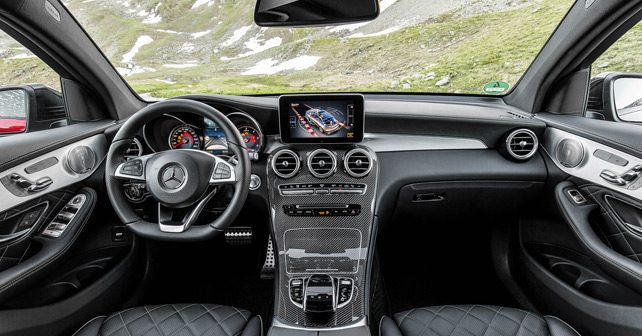 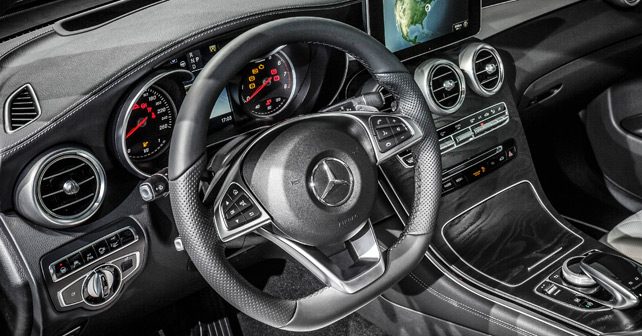 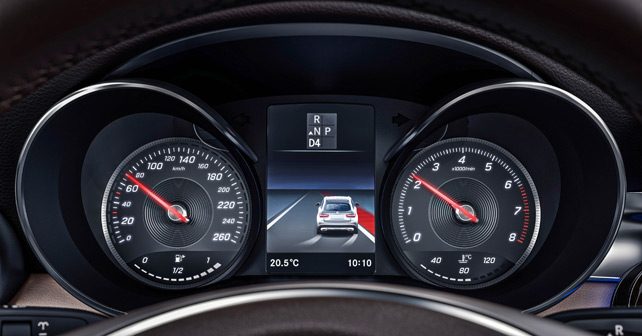 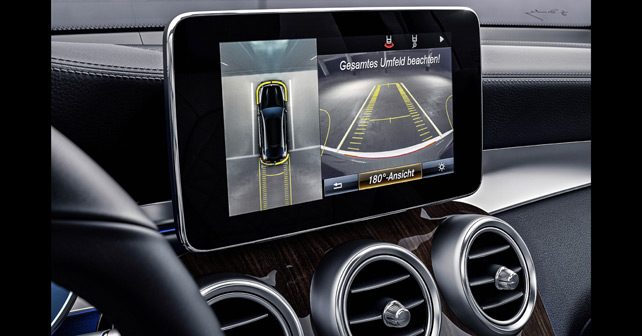 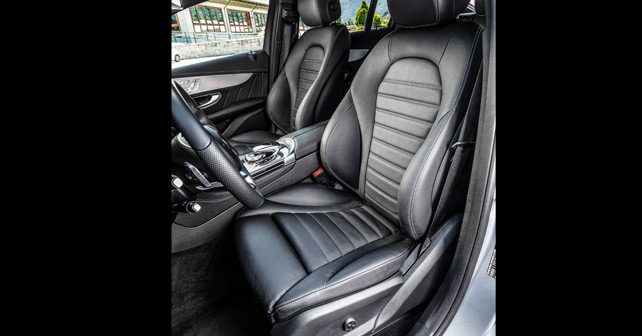 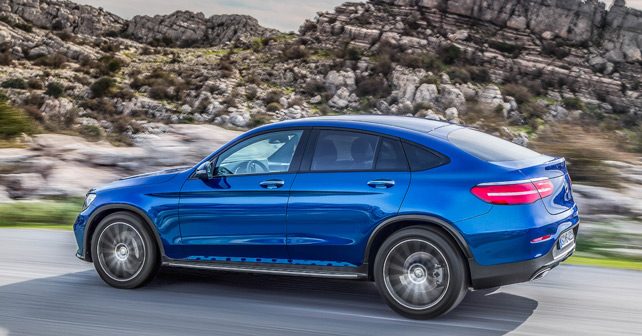 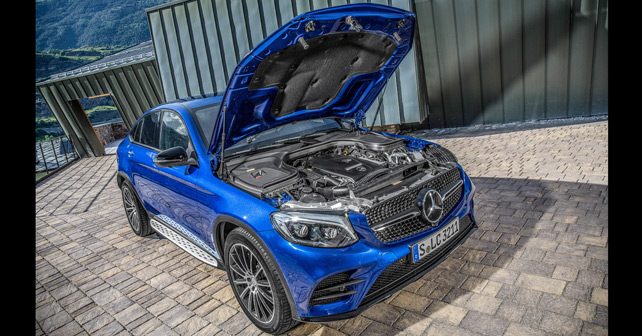 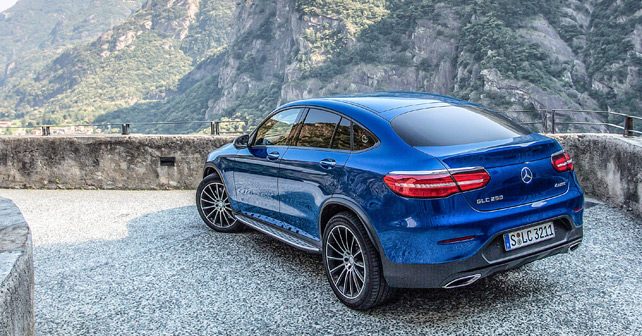 The trend is here to stay. And so we all may as well get used to the fact that there will be many of these sloping roof SUVs pottering about. Are they as practical as their ‘regular’ shaped alter egos? Maybe not – and I dare say that they may not always be as good looking either! But thanks to the popularity of cars like the BMW X6, X4, and yes the Mercedes-Benz GLE Coupe, get ready to see many more.

We’ve already gotten to know the GLE Coupe, as that car’s now offered in India too. Well, now it’s time for the smaller coupe SUV from Mercedes-Benz – the GLC Coupe. And I drove it recently in North Italy’s Aosta valley. The GLC Coupe already has a direct rival in Europe – the BMW X4 – a car that we won’t be getting in India it would seem. But the GLC Coupe will come to our shores, so that’s something to look forward to.

My test car is the petrol variant – the GLC 300 4Matic Coupe – that we’ll be getting when the GLC Coupe does get here. I’ve never really been a fan of this body style, but I have to say that this is the most proportionate coupe-SUV that I can think of. It’s really nice to look at, especially at the rear (it really is!). The roof comes down nice and gentle. It has a short stubby boot, and yet it’s not too tall. The rear incorporates what’s becoming a hallmark of all coupes from Mercedes-Benz – which is the signature tail light treatment, and it looks really sharp. I don’t love the exaggerated chrome strip in the boot lid though, which I think is a little overdone. It stands 1,602mm high and 4,732mm long – that means it’s 42mm lower and 80mm longer than the regular GLC. The fact that the car sits lower than the GLC is intentionally done by both the stylists and the engineers, because the lower height gives the car a sportier dynamic.

Start driving the GLC Coupe, and the first thing that grabs you is how different the experience is as compared to when you drive the GLE and then the GLE Coupe. In this car you feel like you’re sitting a lot lower, so it feels sporty right from word go. And that’s creditable! The location for this test was perfect to test the agility of this car, as I got elevation changes, plenty of tight corners and some mean hairpin bends to put it through its paces. And the car does impress. Push it a little bit hard and it holds on – let’s just say that it’s very precise at everything it does. So I suppose it’s very German in that sense! But the steering feels a little dead, despite the fact that it does have a bit of a weighty feel to it. I would have expected a little more feedback, especially in sport plus mode.

Other than that, the GLC Coupe does everything you want it to. It moves nicely through corners, and in sport plus mode it holds the revs nicely and give you that extra sporty nudge. The GLC Coupe’s petrol engine also sounds pretty good by the way. The engine has an energetic note, and gets you pretty excited with its high-pitched growl. The 2-litre engine is ample and efficient, and the generous torque kicks in nice and low. The 9-speed auto is now becoming standard across the new Mercedes-Benz range. The standard 4matic all-wheel system transfers torque to all four wheels efficiently and quickly. It’s too early to say whether or not the Air Body Control air suspension will come to India. I did try it when I drove the 250d (one of the diesel variants on the GLC Coupé), but I have to say that the standard Dynamic Control is actually pretty good and could work just fine in India. Mercedes-Benz says this car is a lot more dynamic than the regular GLC, which means that it’s not just one or two parameters that have been tinkered with. In every aspect, the engineers have tried to make the car a lot more sporty. So even when you look at the different suspension settings, and, of course, the different driving modes, Mercedes-Benz says that each one is a little more dynamic, a little more sporty than its counterpart on the regular GLC. Now I didn’t have the regular GLC on hand to compare the two, but having driven the car extensively I can vouch for the fact that coupe is a lot sportier for sure.

The GLC Coupé 300 4Matic will arrive in India in the second half of 2017. It’s highly unlikely that we’ll get the diesel or the hybrid, which will be the mainstay in Europe and the United States respectively. And I do hope that the arrival of the GLC Coupe, and then the Audi Q2 as well, will prompt BMW to bring us the X4 too. 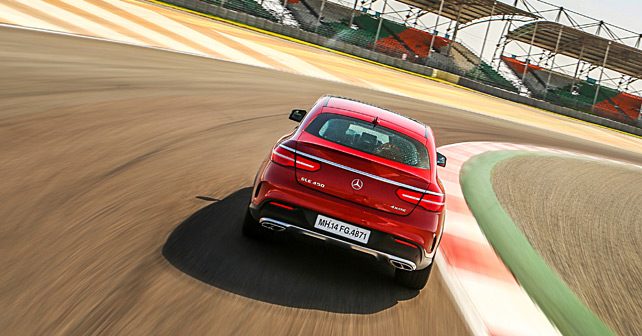 Mercedes-Benz already has a coupe-SUV on sale in the Indian market, the bigger brother to the soon-to-be-launched GLC Coupe – the GLE 450 AMG Coupe. And, since it has the letters AMG in its name, we took the GLE Coupe to the BIC soon after it was launched. Much to our surprise, it actually performed extremely well. The 3.0-litre twin-turbo V6, producing 367 horsepower and 520Nm of torque, was unrelenting and the new 9-speed Mercedes gearbox was pretty impressive too – so was the incredible body control on what is actually quite a big machine. But what stood out for us is that these coupe-SUVs could actually make a lot of sense on our roads. They have the ride height to clear most of the obstacles thrown their way, and yet the driving experience is surprisingly spritely. Oh, and they make quite a statement on the road too!

X-Factor: Great lines for a coupe-SUV, and properly sporty too!