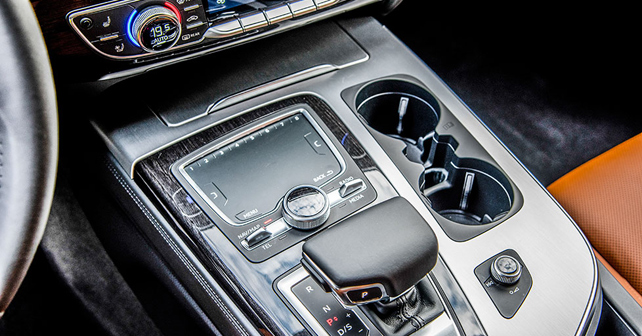 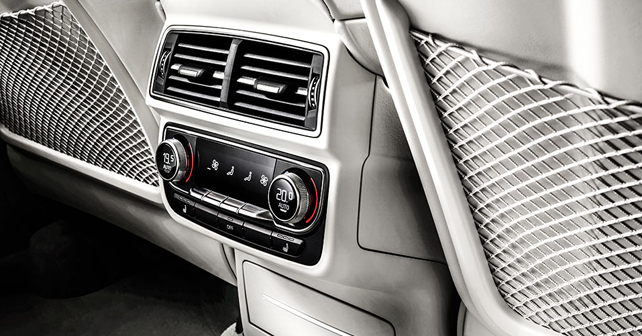 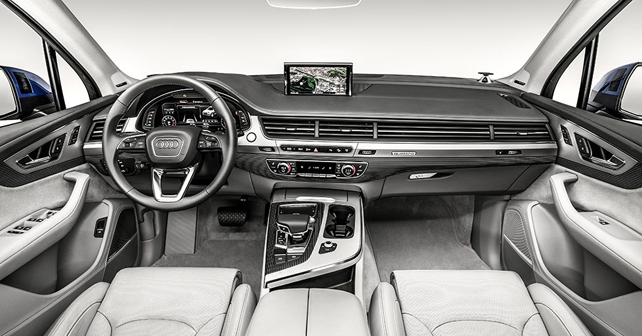 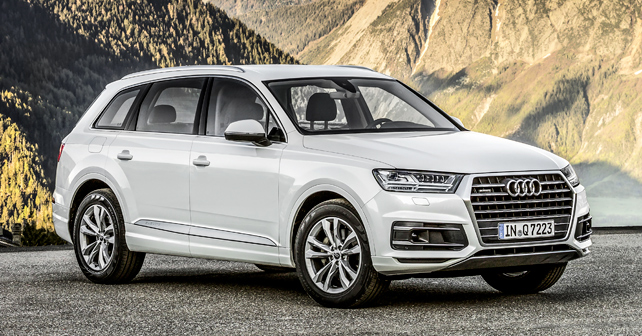 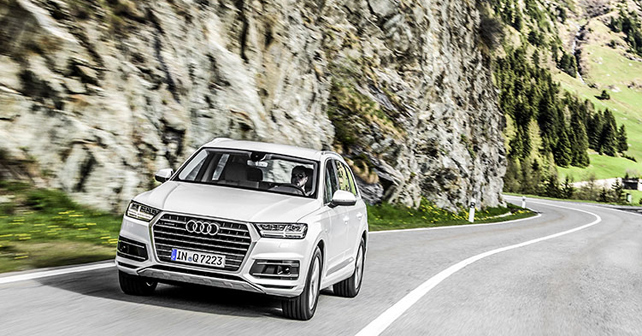 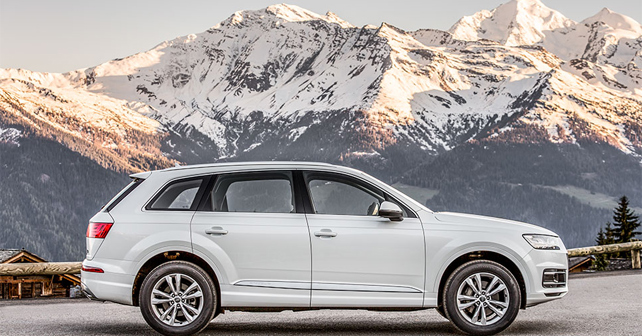 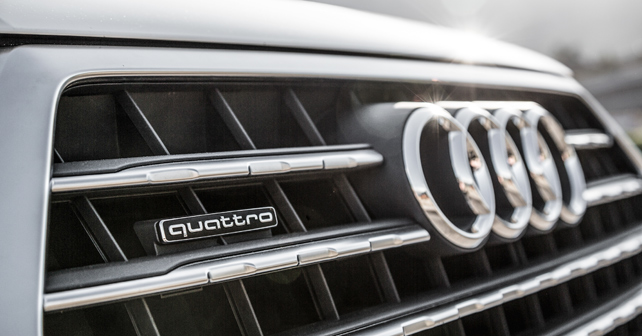 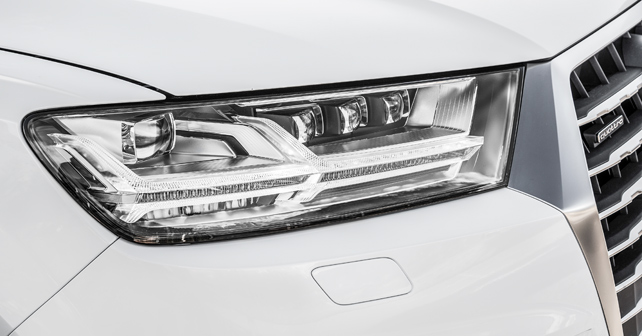 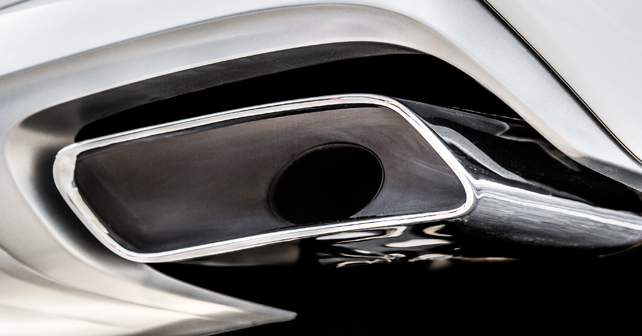 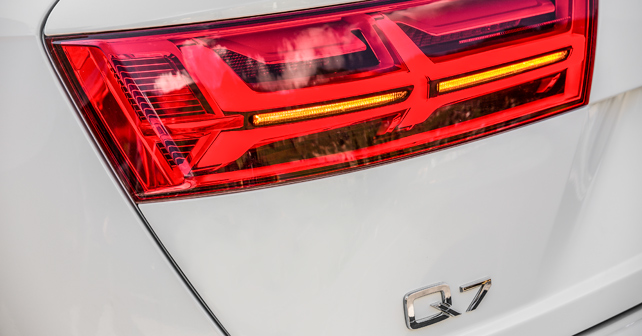 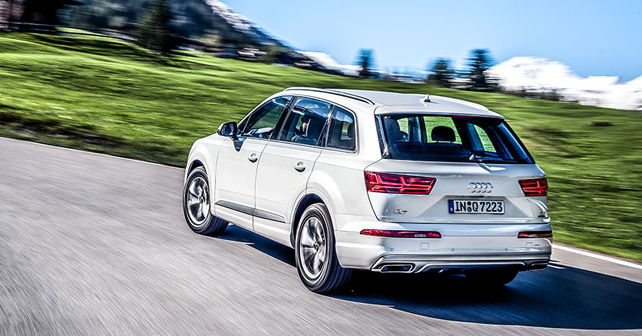 The all-new Audi flag bearer, the Q7, will hit dealerships by this Diwali. But is it a proper firecracker? Siddharth Vinayak Patankar finds out.

At Audi headquarters in Ingolstadt, Germany, there must be a shrine of sorts for the Q7. Or at least there ought to be. One of the most successful crossovers of all time, the Q7 pretty much created the segment when it arrived way back in 2005. And I don’t say that lightly, since I’m well aware that Audi didn’t quite invent the SUV or the crossover. But the scurry to capture new buyers with this segment of cars by the premium brands was indeed kicked off by the Q7. Audi says it’s sold over half-a-million of them since its debut almost 10 years ago. Interestingly, even as the second generation was much delayed, the older car kept selling smartly – even getting sold out in some markets, despite the fact that the arrival of the next generation was confirmed for 2015.

So, now, we finally have the new, improved and more advanced second generation. The delay has meant that Audi had a larger mandate than before to ensure that the new car is a major step ahead, and not just a minor step-up from the first generation. So, it was with that thought in mind that I stepped off the plane at Sion airport, tucked away in a pristine Alpine valley, in picturesque Switzerland. As I walked to the hangar at the airfield where the new Q7 waited for us, the part that bothered me was – if Audi took so long, why not make it look radically new too? After all, the new gen TT and Q7 are carrying the flag of Audi’s new design language anyway, so why not make the new Q7 distinctly different from the first, while still being obviously Audi? While the new Q7 is different, mature, and attractive – it’s styling instantly reminds you of the old one. Look closer and you realise the proportions are different, and the car now appears wider and shorter (though it isn’t really).

The hanger housed a number of new Q7s, dressed in a sensational blue, a sparkling white, and a rather dull-by-comparison grey. There were also the odd dishwater browns lurking about, but I made a beeline to the blue one. Only to be told that my car was a white steed!

The engine options on offer? 3.0 TFSI and TDI. Naturally, I was interested in the latter – as that’s the car that will debut in India this year. Having said that, Audi doesn’t rule out the 3.0 TFSI in future, so I was curious to drive that too. And I did, but let’s talk about the diesel shall we?

The 3-litre diesel unit is available in two iterations – 268bhp / 600Nm and 218bhp / 500Nm. I drove the former, as that’s the one we’re getting. The drive involved leaving Sion and going across the flat valley, before ascending the mighty Alps to the quaint little village of Verbier. Oh, it may sound obscure and rural, but it’s actually the ‘secret’ holiday home destination for the rich and famous of Western Europe.

The 90-minute drive gave me a quick introduction to the new Q7. And also very quickly told me that Switzerland may not have been the best choice for this drive, since restrictive speed limits and narrow two-lane roads made for a boring drive most of the way. But, having said that, the car’s sharp handling and plethora of driver aids instantly came to the fore.

There’s a new diesel engine family at Audi, and the new TDI range makes its first appearance with the Q7. There is an instant sense of athleticism from this unit, and that’s not simply a function of its 268 horses. It’s almost unbelievable how silent it is too. Of course, you still know it’s a diesel, but only just – I really needed to keep telling myself that it was, in fact, a diesel! That’s not just because the cabin is well insulated, but also because overall noise levels – including road and wind noise – are distinctly less than before.

The Q7 now has a whole host of driver assistance features that it didn’t earlier. A lot of them work to protect you, by allowing the car to be more intuitive. There’s also some cool new stuff, like Traffic Jam Assist that allows the car to autonomously drive itself through largely straight-line, bumper-to-bumper city traffic by staying in its lane, and steering the car when needed. Of course, sharper corners and emergency manoeuvres still need the driver to take over, which means that you can’t switch off completely. The car can now also park itself in tighter spots. Audi has also updated systems like adaptive cruise control, but most of these use radar frequency – currently disallowed by the Indian government for use by the automobile industry. So, a lot of these new features will be disabled in the Indian car sadly – until legislation allows for them to be switched back on.

The Q7 has been designed to be 325 kilograms lighter than its predecessor – and yes, it is indeed 325kgs! That’s a result of reducing weight in every possible area of the car. The doors are 24kgs lighter and all aluminium now, the seats shave 19kgs, while the exhaust system is down by 19kgs, and the car’s structure is now a massive 71kgs lighter, and now uses more sheet and cast aluminium than before. Audi claims that the Q7 is the lightest all-wheel-drive SUV in its class now.

The drop in weight helps add to its now 28% increase in fuel efficiency, but also makes it more agile. Quattro is standard across the range, and its new lighter mid-differential also helps to lower the weight and make for a more efficient transmission. The diesel engine is superbly mated to the 8-speed gearbox, which has paddle shifters that are an absolute hoot. Downshifts are instant and the gearbox’s overall response is superb.

The Q7 now also has all-wheel-steering, though its not standard equipment. At low speeds, the rear wheels turn slightly in then opposite direction to the front wheels. This helps reduce the turning radius by 1 metre, and so helps in tight U-turns and parking situations. At higher speeds, they turn in the same direction – giving you better stability and precise manoeuvring. Audi has also added Predictive Efficiency Assist, which helps gauge the most efficient driving based on the route ahead. This reduces consumption by as much as 10%.

The updated MMI (Multi Media Interface) has a large touch pad, so you can scrawl in instructions and addresses. The new navigation system is updated, and can be used with the map showing up on the infotainment screen and also on part of the new virtual cluster (similar to the one seen in the new TT). You can opt for the ‘standard’ Bose sound system, or the very high-end Bang & Olufsen 3D sound system. At the rear, there is the option of twin tablets for rear occupants that allow you to control car functions and entertainment. And, by the way, they aren’t Samsung or Apple tablets – they’ve been developed by Audi, and are shatter proof in the event of an impact of any kind. Audi has crash tested them as well for added certification.

I expect the India-spec Q7 to be fully-loaded with a panoramic sunroof, 3-row seating standard, navigation, head-up display (also updated with sharper, crisper colours and display), and top notch leather. The virtual cluster and updated MMI system, plus the tablets at the rear will also be on offer – and will no doubt create a differentiation for the product. As I mentioned, I did drive the 3.0 TFSI petrol too – and having spent some time with it, I can assure you that the diesel is the superior car hands down. The petrol should be a lot punchier, and sportier – but it’s not. You are surprisingly aware of the car’s bulk (325kgs less I know), which is not the case with the TDI variant that feels far more agile.

Prices will go up, as compared to the outgoing model. Audi has long-term plans to locally assemble the car at the VW Groups’ Aurangabad plant, and so initial pricing should take that into consideration. The new Q7 arrives in time for Diwali, and will be once again the fitting flagship for the four-ringed Bavarian in India.