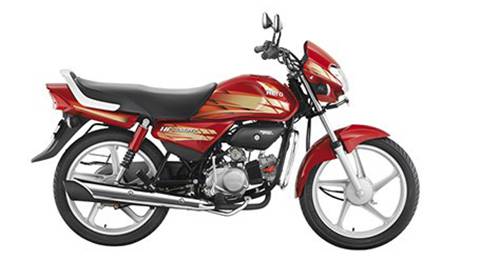 The Hero HF Deluxe Mileage is 70 kilometers per litre.

The HF Deluxe, as of mid-2020, is the most affordable bike in the Hero India range. The CD Deluxe was christened as HF Deluxe after Hero ended its joint venture with Honda. The HF Deluxe is a conventional motorcycle, but despite it being an affordable machine it comes with the option of self-start and alloy wheels. The HF Deluxe was also one of the first Hero bikes to be updated with IBS (Integrated Braking System).

The HF Deluxe is a conventional no-frills motorcycle with a practical design. Coming to the dimensions, the commuter bike is 1,965mm in overall length, 720mm in overall width, and 1,045mm in overall height. The ground clearance is 165mm, and the kerb weight is a light 109kg. The fuel tank has a capacity of 9.6-litres.

The Hero HF Deluxe gets a 97.2cc single-cylinder air-cooled engine, which is capable of churning out 7.8bhp and 8.05Nm of torque and comes mated to a four-speed manual gearbox. The Hero HF Deluxe mileage, with the recently updated BS-VI engine, is expected to be around 83km/l.

The HF Deluxe is based on a tubular double cradle frame, while its suspension duties are fulfilled by telescopic hydraulic shock absorbers at the front and a swing arm with 2-step adjustable hydraulic shock absorber at the back. The HF Deluxe rides on 2.75*18 section tyres at either end, coupled with a 130mm drum at the front and a 110mm drum at the rear.

The Hero HF Deluxe new model features Integrated Braking System (IBS) as part of the safety equipment. The headlamp of the HF Deluxe is a conventional halogen headlamp and the taillamp also misses out on LEDs. The instrument cluster, on the other hand, features two analogue dials, one for the tachometer and one for the speedometer. 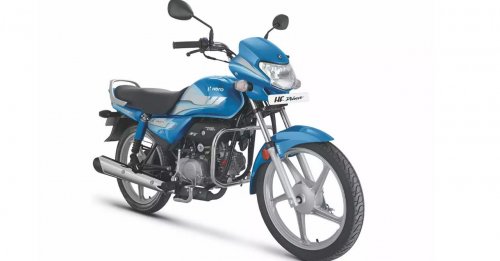 Hero HF Deluxe Price in Near By Cities