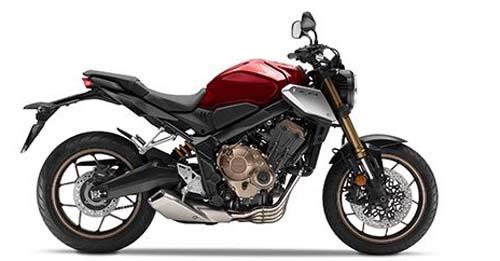 Honda CB650R is not launched in India yet. Information on this page is tentative.

Unveiled at the 2018 EICMA in Milan, Italy, Honda is likely to introduce the CB650R to the Indian market in the next couple of months. The CB650R brings in the Neo Sports Café design language to the 650cc segment that was previously seen in the naked street bike, the CB300R. As a matter of fact, the design is expected to be more or less similar to the CB300R.

The CB650R will be based on the same platform and powertrain as the recently launched CBR650R. At the matter of heart, the CB650R will be powered by the 650cc liquid-cooled four-cylinder engine, which, in its international spec churns out 93.7bhp and 64Nm of torque. However, in India, this engine could be detuned to make 82.8bhp and 60Nm of torque.

In terms of features, expect the CB650R to share its equipment list with its full-faired sibling, the CBR650R. The CB650R is expected to arrive at our shores in June 2019 at an expected price of 7.3 lakh – 8 lakh. When launched, the CB650R will take on the likes of the Triumph Street Twin and the Suzuki GSX-S750.