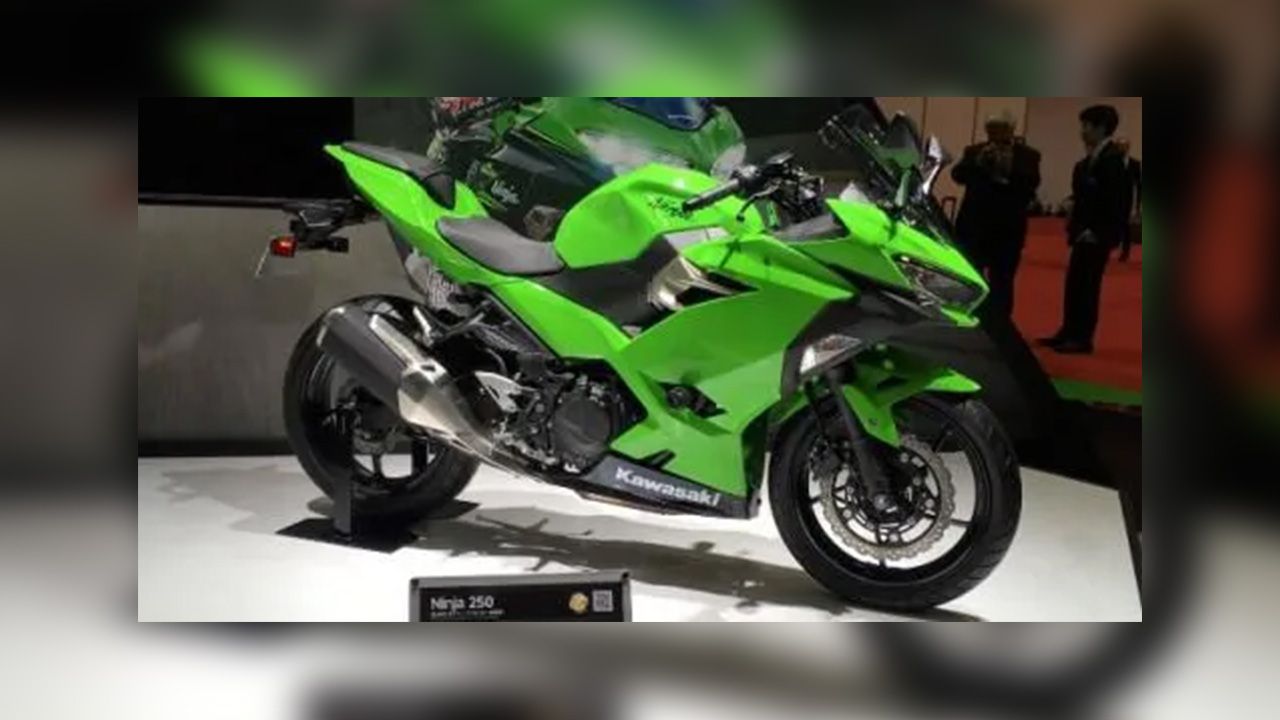 Kawasaki is all set to bring the Ninja 250 back into their product portfolio, and this one might just make its way to India

Kawasaki introduced their Ninja range in India with the launch of the Ninja 250R in 2009. Brought to Indian shores via the CKD route, the company discontinued the sale of the baby Ninja just before the introduction of the Ninja 300 in April 2013. Now, the Japanese bike maker has unveiled the new-generation baby Ninja at the 2017 Tokyo Motor Show.

At the heart of this new Ninja 250 is a 249cc parallel-twin motor that puts out 38.4bhp at 12,500rpm and 23.5Nm at 10,000rpm. Just like its predecessor, this one too is expected to be a high-revving motor but it is safe to assume that this iteration will be considerably more refined. Interestingly, the power output of this new quarter-litre Kwacker is identical to the Ninja 300. The new Ninja 250 tips the scale at 167kg – which is 3kg lighter than its predecessor. Braking duties are performed by petal discs at the front as well as at the back.

In terms of design, the new Ninja 250 gains some of its cues from its larger siblings. It’s a sharp looking design with the trademark twin headlights up front. Moving on to the side, the chiselled fairing with integrated turn indicators and a 14 litre fuel tank make it look larger than its displacement suggests. That being said, it misses out on body graphics that all the other Ninja models sport. The split seat and the dual-tone exhaust further add to the sporty appeal of the motorcycle. The new Ninja 250 is 1,990mm long, 710mm wide and 1,120mm tall – in essence marginally larger than its predecessor. Seat height too has increased from 775mm to 785mm. The Kawasaki Ninja 250 will go on sale in the traditional lime green and ebony shades.

Now for the most important question – will the new Ninja 250 make its way to India? Considering that the Ninja 300 will soon be discontinued world over, we can expect Kawasaki to bring back the 250 to Indian shores. By doing this, Kawasaki will reap two huge advantages. Firstly, by launching it at a more affordable price than the Ninja 300, it will be accessible to a larger audience. More importantly, this will also create the right gap between the entry-level performance offering and the Ninja 650 to fit in the new Ninja 400. Kawasaki also unveiled the Kawasaki Ninja 400 at the 2017 Tokyo Motor Show.