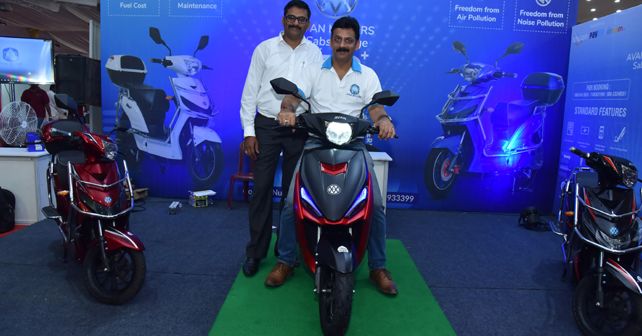 After its unveiling last week, Avan Motors India has launched the Trend E smart electric scooter at an ex-showroom price of ₹ 56,900; the dual-battery version has been priced at ₹ 81,269.

Avan Motors India has launched the Trend E smart electric scooter in India. The launch took place at the ongoing BV Tech Expo India 2019 in New Delhi. Bookings are open for the Trend E at ₹ 1,100 on all 33 Avan dealerships across the country and bookings made before 31st March 2019 will be eligible for immediate deliveries. The Trend E can be purchased in a Red-Black, Black-Red or White-Blue colour combination.

Deemed as the brand's most advanced scooter to date, the Trend E features advanced features like a removable lithium-ion battery pack and also has the option to attach a second battery pack simultaneously. With a single battery, the Trend E is capable of reaching a top speed of 45km/h, with a claimed riding range of 60km. With the second battery pack hooked in, the range increases to 110km, with no change to the top speed. Avan claims that the Trend E's battery takes anywhere between 2-4 hours to charge up.

In terms of mechanical specs, the Trend E hydraulic telescopic front suspension and a coil spring setup at the rear. Sporting alloy wheels, the braking power comes from a single disc at the front and a drum brake setup at the rear. The scooter has a max load limit of 150kg.

Speaking on the occasion, Mr Pankaj Tiwari, Business Development Head at Avan Motors said, 'The Avan Motors team has worked extensively on creating the Trend E scooter as a vehicle that is suitable for Indian roads and meets the requirements of consumers with its combination of technology, power and futuristic design. We are delighted with the response the scooter has received in its pre-launch phase and we are confident that customers too will appreciate the Trend E and all its features.' 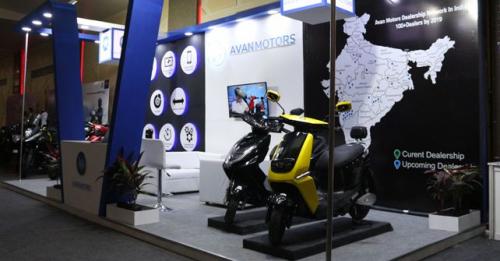