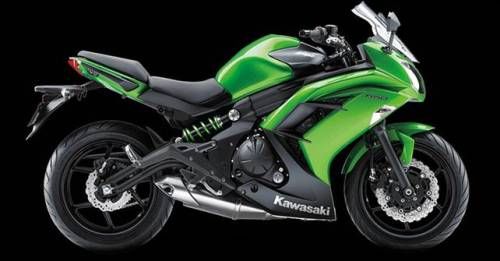 As part of its 120th anniversary celebrations, Kawasaki has slashed the prices of the Ninja 650 by close to Rs 40,000 in India. The middleweight tourer is now priced at Rs 4.97 lakh (ex-showroom, New Delhi) from Rs 5.37 lakh earlier. If there’s one killjoy in this otherwise sweet deal, it’s that the offer is only available on 2015 models.

Only recently, Kawasaki updated the Ninja 650 and its naked ER-6n avatar, although the new versions are billed as 2016 models. Considering that, the current price cut could be a push to sale of inventory of the 2015 model. That, however, should not be much of a concern to prospective customers since mechanically the motorcycle is unchanged – the 2016 Ninja 650 only gets a new racing livery and that’s about it.

Powering the Kawasaki Ninja 650 is a 649cc, parallel twin cylinder, liquid cooled engine developing 70bhp @ 8,500rpm and 64Nm of torque @ 7,000rpm, which is mated to a six-speed gearbox. The ER-6n is also powered by the same engine.

The Ninja 650 is a renowned midsize tourer and because it’s priced so reasonably it comes across as a great value for money product for buyers looking to upgrade to a powerful mid-size sports tourer. It’s for the same reason that it sells in decent numbers – not just in the country, but across the world.