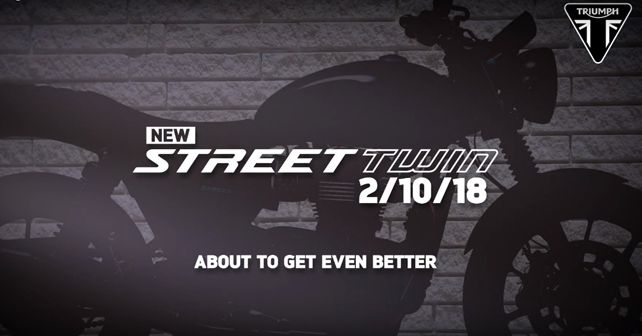 Triumph is about to witness a busy October with the new Street Twin and Street Scrambler slated for a debut at this year's INTERMOT; The launch of Scrambler 1200 on October 24 will remain the focus in India.

Ahead of this year's INTERMOT, the biennial motorcycle trade show which takes place in Cologne, Germany, Triumph has teased the 2019 Street Twin which will make its global debut on 2nd October 2018. While the teaser video on Triumph's official YouTube channel does not reveal much information, it has been confirmed that the new version will not be a completely refreshed model but will be a facelift of the existing Street Twin model in production. The Street Twin made its global debut in 2016 as part of Triumph's 'Modern Classics' line-up.

Expect the facelift to have better performance, thanks to a retuned 900cc parallel-twin motor which generates around 54bhp and 76Nm of torque. Its the same powertrain powering the current version. While the teaser video shows a near-identical silhouette, the updated model might get an LED headlamp and perhaps a redesigned instrument cluster, as part of some new features. Complete details about the changes will only be made available during the unveiling in Cologne. 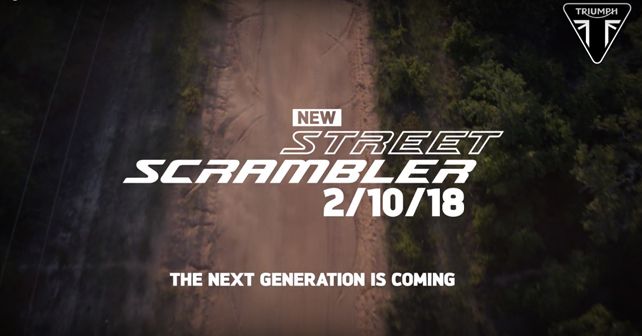 Apart from the Street Twin, Triumph is also planning to reveal the 2019 Street Scrambler at this year's INTERMOT. The Street Scrambler is also expected to get minor featural updates and perhaps further additions to its off-road kit.