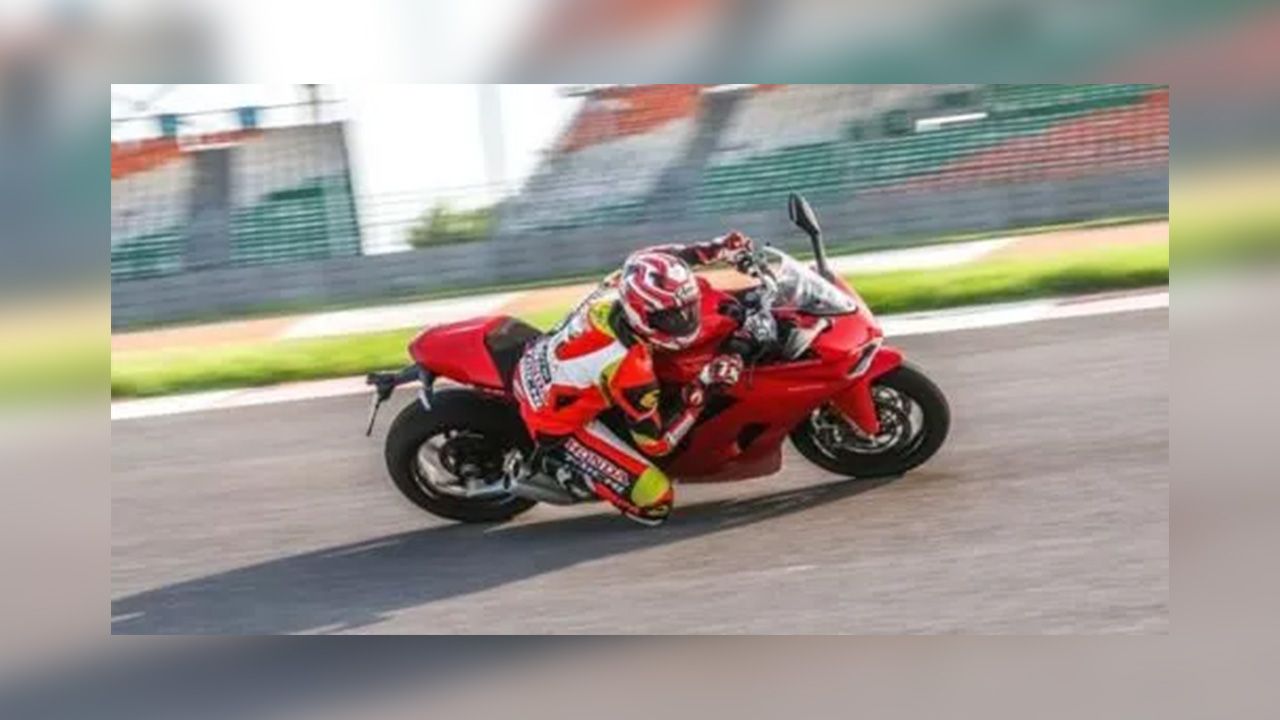 Although it’s time to bid goodbye to 2017, we think there’s still a lot to talk about the year gone by. And you can’t blame us because it’s been a year that was full of exciting new car and bike launches. Also, by exciting we mean to say that these were some really fast machines. A couple of days ago, we listed down the five fastest cars that we lapped at the Buddh International Circuit in 2017. Now, it’s time to tell you the names of the fastest bikes from the past year. So, here it goes . . . 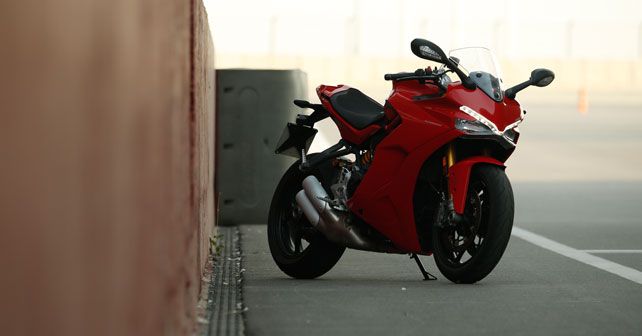 The Ducati SuperSport S is supposed to be a motorcycle that can switch roles between an everyday tool and a machine that’s also capable of setting blistering lap times. We rode the motorcycle on the road for a couple of days, and we’ve to say that it really is an everyday superbike – easy to ride in traffic, which also works as an occasional tourer. But, how does it feel on a racetrack? The SuperSport S really surprised us with its on-track performance. Its 937cc L-Twin motor develops 108bhp and delivers power in a ferocious manner, meaning you get a sudden kick after 3,000rpm. Then there’s the handling, which is sublime, thanks to its top-cycle parts like Ohlins fully adjustable suspension setup. Overall, the Ducati SuperSport S walks the fine line between a superbike and an easy-to-live bike. No wonder, it was crowned the Performance Bike of the Year by us in 2017. 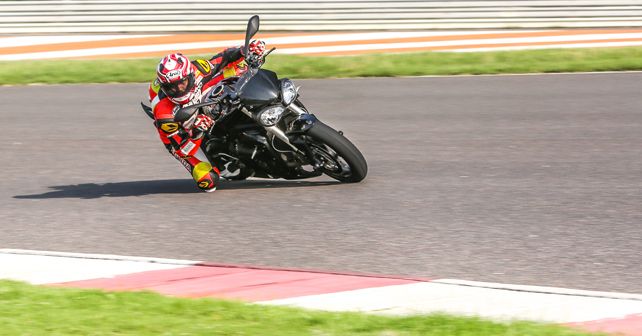 The new Triumph Street Triple lost the top spot to the Ducati SuperSport S by just a tenth of a second! Sure, its all-new 765cc inline three-cylinder engine produces 111bhp, but with all its power, the bike doesn’t really scare you. Instead, it’s an easy going and deceptively quick motorcycle to ride. At 166kg, it’s also light and agile. And with those super sticky Pirelli Diablo Rosso Corsa tyres, the Street Triple is a motorcycle that keeps on rewarding you with its vast range of capabilities. In fact, it's for the same reason that it won our Best of 2017 award, meaning it was adjudged the most capable motorcycle in all respects by our jury. 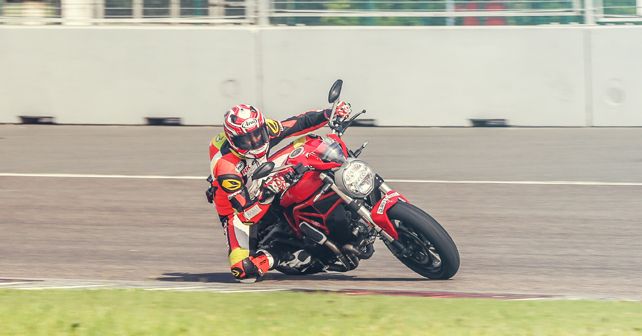 The Ducati Monster 797 is a motorcycle that isn’t meant for setting blistering lap records. Rather, it’s a motorcycle aimed at new riders that want to get a taste of riding a Ducati for the first time. As a result, it doesn’t have any fancy specs or features. It comes with an 802cc L-Twin engine that develops 73bhp and 67Nm. It doesn’t even have any electronic aids, meaning it feels a bit old school and raw. This also means that if you’re an able rider, you’ll really enjoy its company. It’s definitely not a track-tool with its softer rear suspension, but it’s not a slouch either. And that’s why it put up a respectable time of 1:08.2 during the test. 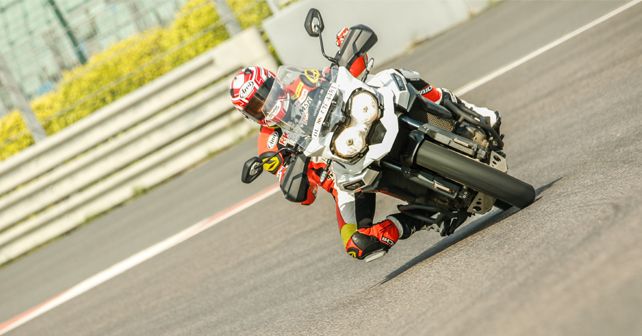 First things first, a Triumph Tiger – be it of any shape or size – has no business at any racetrack. However, because it’s silly fast and its handling is really, really swift, we couldn’t help but take it to the track. As you can see in the picture, it didn’t disappoint us one bit. Its 1,215cc engine is a masterpiece that churns out a whopping 137bhp and 123Nm of torque. So no matter which gear you’re in, there’s no shortage of power. It comes with an electrically adjustable WP suspension with Road, Rain and Off-road modes. It weighs nearly 260kg, and yet it managed to lap in 1:12.1. The handling of the motorcycle is so good that you can even put a knee down while going around a corner! We were so impressed by this big-burly motorcycle that we took it on an adventurous trip to Spiti the very next day! 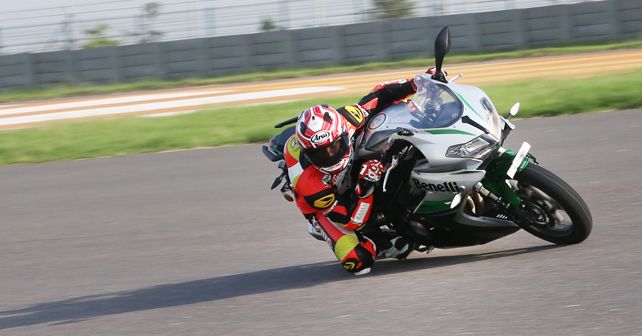 The DSK-Benelli might look like an expensive proposition for its segment, but it’s a capable motorcycle we’ve to say. Although its ergonomics and weight hampered its performance on the track, its chassis balance and powertrain helped it put a decent lap time during our tests. And that was kind of surprising because despite the fact that it only produces 38bhp and 26.5Nm of torque, it was only 0.3s slower than the Tiger Explorer!

*Owing to maintenance work on the main and back straight, we were forced to use only the back-section of the circuit for these track tests. The total circuit length, as a result, was reduced from 5.1km to 2km.