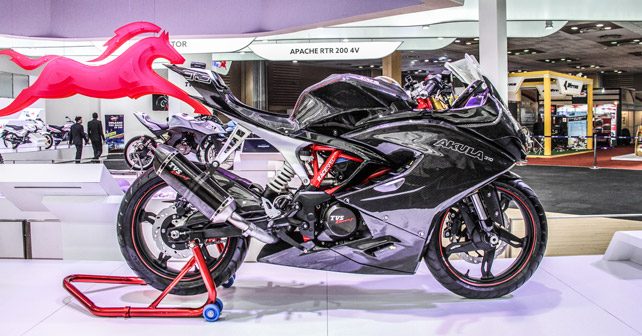 The launch of the production version of the TVS Akula 310 concept is around the corner. Here's everything you need to know about it.

There’s no denying the fact that TVS has a habit of making us wait long and hard for their motorcycles. The TVS Apache RTR 200 4V took forever to come out before its launch in 2016, and now it’s happening all over again as we wait for the arrival of the production version of the Akula 310 concept.

Showcased during the 2016 Delhi Auto Expo, the Akula 310 concept is reportedly going to come christened as the Apache 300 in its production guise. At the expo, we were told that it’ll be launched the same year, but that didn’t happen. Earlier this year, we had reports of it coming out in March/April, but that hasn’t turned out to be the case, either. Having said that, it now seems that the Apache 300’s launch is imminent since the fully-faired motorcycle has been caught undergoing test runs repeatedly, especially in the last few weeks. We’re expecting the Apache 300 to launch by June or July 2017. So, in case you’ve missed - or rather forgotten its key highlights during all this time - here’s a quick look at its design, specifications, features and expected price,

Design: The Apache 300 shares its underpinnings with the BMW G 310 R, meaning it will incorporate the same steel-tubular trellis frame chassis. However, in terms of design, both the bikes are completely different – the Apache 300 is an aggressive sportbike as opposed to BMW’s street naked. Some of the Apache 300's design elements that stand out include twin headlamps with LED DRLs, LED tail-lamp, upside-down telescopic forks, clip-on handlebars, split seat arrangement, 17-inch wheels and a stubby exhaust. From what we’ve learnt through spy shots, it’ll come with matte paint finish options, too. Couple that with TVS’ impressive fit and finish levels, it should be a quality product, we think.

Engine & specifications: On duty in the Apache 300 will be the same liquid-cooled single cylinder 313cc engine that powers the BMW G 310 R. In the BMW, the engine develops 33.5bhp @ 9,500rpm and 28Nm @ 7,500rpm, and is mated to a six-speed transmission. The Apache 300’s specifications shouldn't be all that different from the G 310 R, albeit the six-speed gearbox may get revised ratios.

Features: Although details are sparse at the moment, the Apache 300 will have many new features. It’ll have projector headlamps, an all-digital instrument cluster, 41mm upside down forks, etc. The motorcycle will also come equipped with ABS.

Expected price: TVS is expected to market and price the Apache 300 aggressively since this is the firm's first offering in what is a cut-throat segment, currently ruled by KTM products. As a result, the TVS Apache 300’s price should hover around Rs 1.60 lakh to Rs 1.80 lakh. 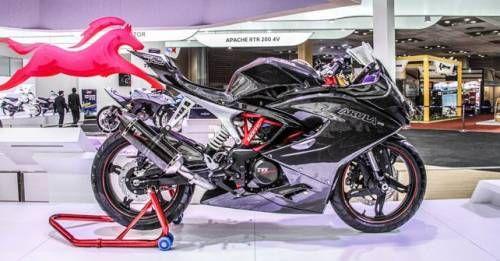