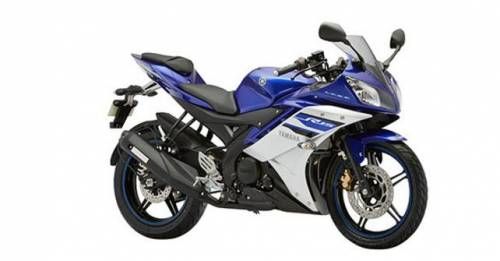 Both of the S and 2.0 versions of the Yamaha’s YZF-R15 get auto head lamp on feature.

Yamaha has updated its performance oriented YZF-R15 with an automatic head light On feature which keeps the motorcycle’s head lamp On at all times when the engine is running. This means that the Yamaha YZF-R15 S and Yamaha YZF-R15 2.0 will no longer come with a head lamp on / off switch as the head lamp is set to remain on. It will of course come with a low beam / high beam switch.

This comes in as a measure from Yamaha as the government has passed a regulation mandating that all motorcycles in India need to be sold with the auto head lamp on feature on from April of 2017.

This update for the Yamaha YZF-R15 is limited to the auto head lamp on feature as the motorcycle remains mechanically the same as earlier.

Both the Yamaha YZF-R15 S and YZF-R15 2.0 are powered by the same single cylinder, liquid cooled 149cc engine developing 16.5 bhp of max power and 15Nm of peak torque.