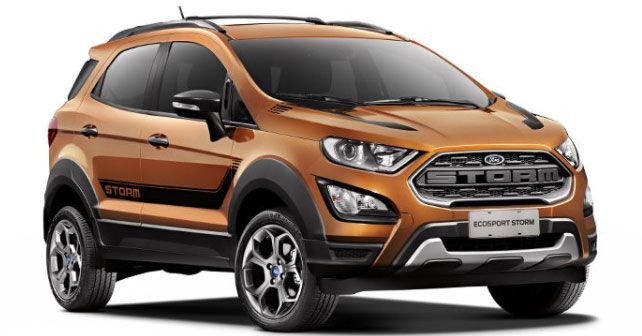 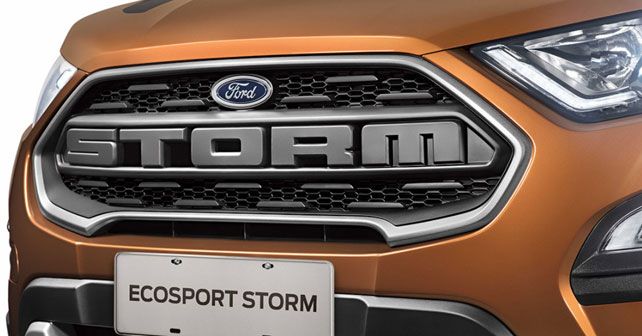 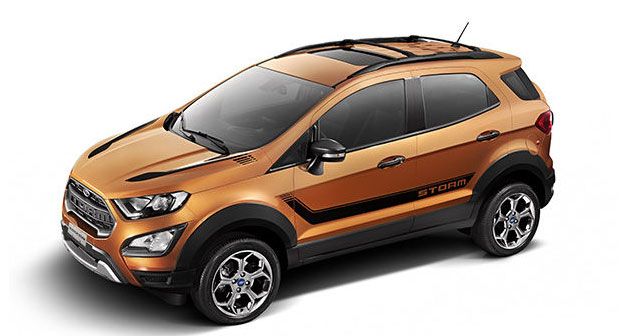 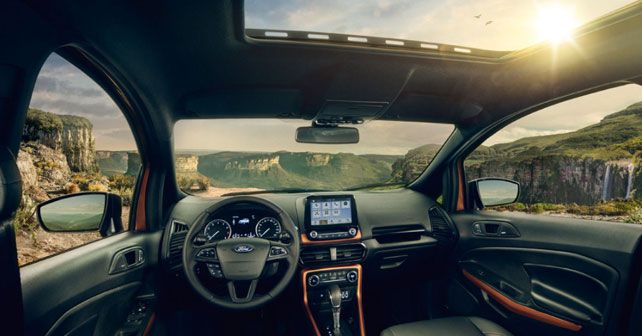 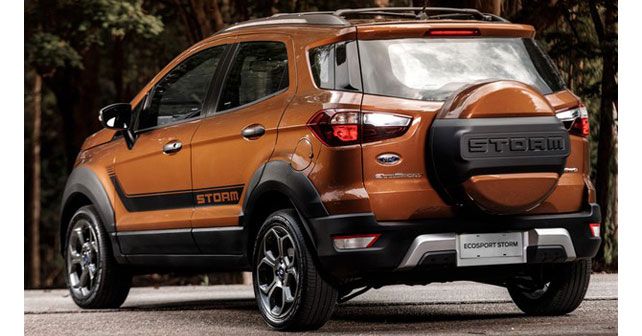 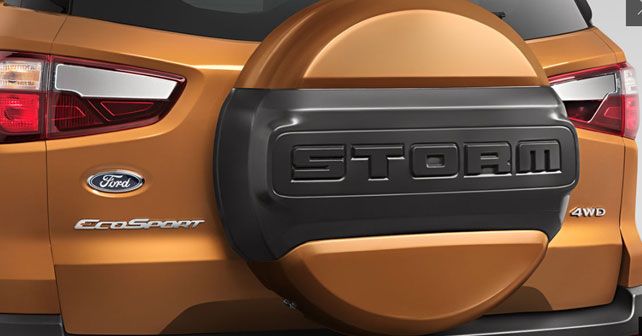 Ford officially reveals images and details of the new all-wheel drive EcoSport Storm that is styled to look more rugged.

As we reported earlier, Ford of Brazil was working on bringing out a more aggressively styled version of the all-wheel drive EcoSport. And its finally out, the company has officially put up details, images and specifications of the new version of its compact SUV.

And like we reported earlier from spy shots, the main highlight of the Storm model is the butch styling that gives it a flared body kit consisting of black plastic cladding that runs all around the lower section of the car along with a faux skid plate up front. This gives the little car a more commanding road presence emphasized further by the bold STORM lettered front grille and flared wheel arches.

The black detailing does not end there for the car, as it also comes with black detailing around the fog lamps, inside the head lamps, over the ORVM casings, roof rails and some black stickering on the bonnet, doors and front aprons.

The interiors of the car get leather seats and steering along with orange inserts around the centre console, under the infotainment screen and on the door pads.

The all-wheel drive Ford EcoSport has been on sale in North America for a while now. And this differently styled Storm model continues to be powered by the same 2.0 litre, four cylinder, naturally aspirated petrol engine that has been doing duty in the AWD model as earlier. In the storm, the engine develops 167bhp of power and 202Nm of torque. The engine continues to be mated to a six-speed automatic transmission with paddle shifters.

And like the standard AWD model, the EcoSport Storm comes with a multi-link rear suspension setup to accommodate the all-wheel drive mechanicals for the torque-on-demand system. Its worth noting that the AWD EcoSport Storm has the same 200mm ground clearance as the standard model.

There are no plans for the EcoSport Storm or an AWD EcoSport for India at the moment.