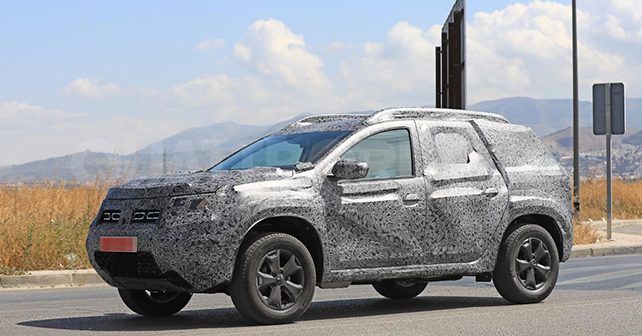 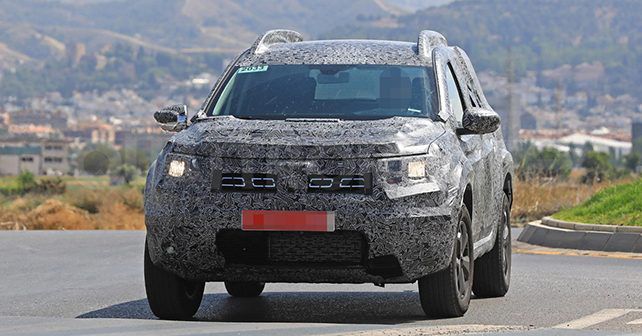 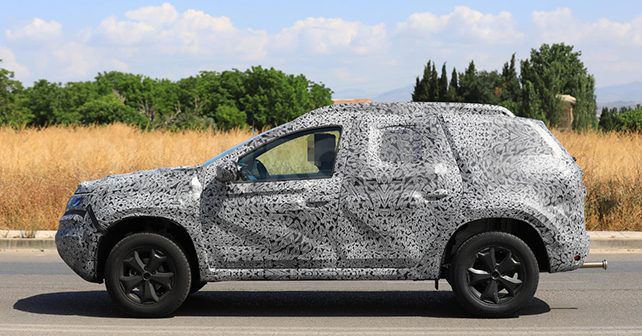 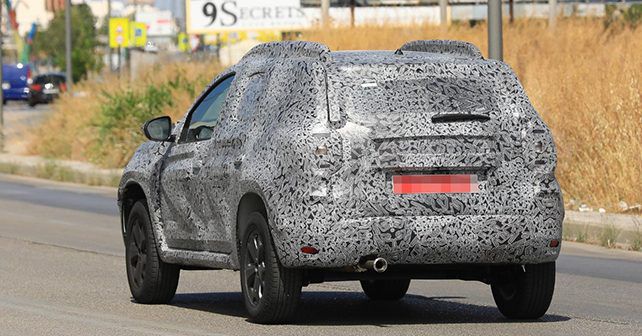 Ever since Renault launched the Duster in 2012 in India, it’s been a runaway success. But in the last couple of years, it has fallen behind in the pecking order. During this time, the French car manufacturer introduced a 4x4 version, AMT trim and has given the Duster a much-needed facelift, but unfortunately, this didn’t revive its fortunes. Therefore, Renault is working profusely on the next-generation Duster, which will make its debut next year. Good news is that you don’t have to wait for next year to see how the new Duster looks like as our magazine partners, Quattroruote, caught the prototype going testing rounds in Spain.

Even though the test mule is heavily cladded, the design of the 2018 Duster is more of an evolution rather than a revolution. The new Duster will have a prominent bumper design, apart from redesigned headlamps, which are now rectangular in shape. From whatever one can gather from the heavy camouflage, the tail lamps continue to be about the same size as the outgoing model, which is slightly disappointing as they are too small for an SUV.

This second-generation SUV will be bigger and wider than the current one thanks to the new CMF-B platform, which basicaly is an extended platform of the Kwid’s CMF-A. The new platform will also be lighter than the outgoing model. This new modular platform is also jointly developed by the Renault-Nissan Alliance, which is specifically for bigger vehicles. Renault is expected to launch both a 5-seater and 5+2-seater Duster

New powertrain options will be offered, including a modern four-cylinder 1.2-litre petrol engine that generates 125bhp. But in India, Renault will retain the current engine options — 104bhp 1.5-litre petrol and 1.5-litre diesel in two trims 84bhp and 108bhp. The Duster will be available in two-wheel drive and four-wheel drive and be mated to an automatic and manual gearbox. As mentioned earlier, the new Duster will make its debut in India next year, but we expect the new Nissan Terrano not too far behind either.