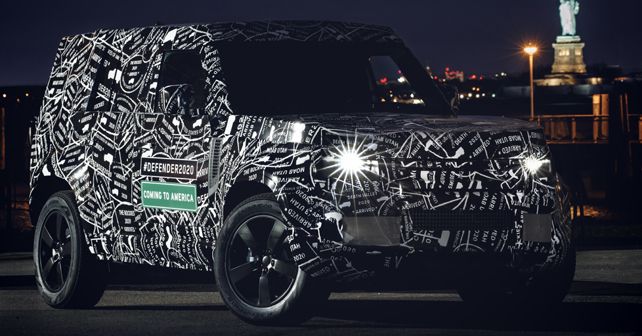 Due to go on sale in 2020, the all-new Land Rover Defender will be revealed in 2019, as announced by Land Rover North America.

Land Rover North America has recently announced that the next-generation Defender will go on sale in the US and Canada in 2020, however, it will make its global debut in 2019. While we brought you the images of the camouflaged test mules in October, the company has now gone on record to make the news official. But, we'll still have to wait for the reveal to find out about the actual styling of the car, as the official images of the next-gen car are still of the same production prototypes donning heavy camouflage. While the earlier testing was seen taking place in the UK, near the Land Rover plant in Gaydon, the prototype testing of the new Defender is all set to begin in the United States in January 2019. 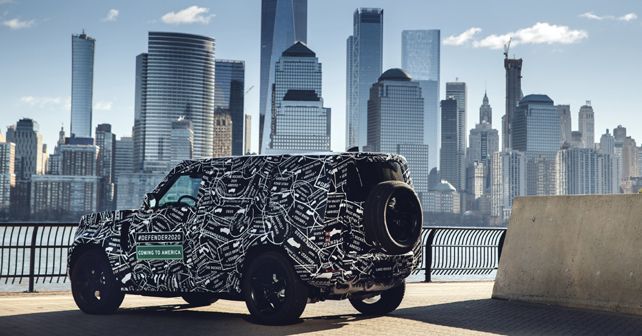 While the design changes of all Land Rover vehicles, ever since their inception, have been 'evolutionary' in nature, Land Rover claims that the 2020 Defender will be the brand's first 'revolutionary' model, with a completely redeveloped exterior, reworked interior and a host of driving aids and connectivity features on offer. While there is no clarity yet about the car's powertrain details, we expect the next-gen Defender to feature mild-hybrid tech, as per the British marque's commitment of going electric with all its models post 2020. This belief is further reinforced by the recent launch of the new Evoque, the brand's first model to feature hybrid tech through MHEV and PHEV versions.

Other than that, Land Rover has plenty of engine choices for the Defender, ranging from their 2.0-litre Ingenium motors to the 3.0-litre SDV6 diesel motor seen on the Range Rover Sport. Till then, we'll just have to wait for the official reveal to find out more.