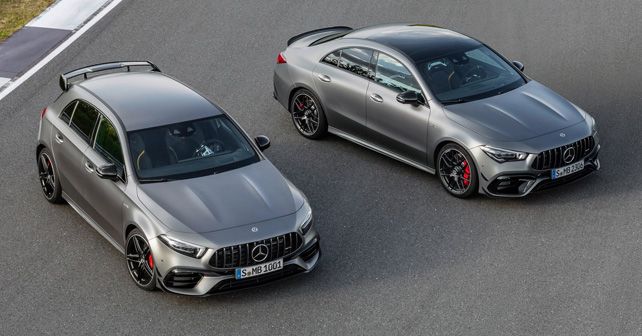 Say hello to the world's most powerful four-cylinder hatchback and four-door coupe!

Mercedes-AMG has gone for the top stakes in the horsepower game again! The specialists from Affalterbach have revealed the high-performance AMG derivatives of the latest-gen A-Class and CLA – dubbed the A 45 and CLA 45. And what sets these models apart from the rest is that these come powered by the world’s most powerful four-cylinder engine in production today!

Since the engine is the main highlight here, let’s talk about it first. Powering these latest AMG twins is Mercedes’ new 2.0-litre four-cylinder turbo engine, which is dubbed the M139. It’s available in two engine tunes – standard and S. The former churns out 382bhp and 480Nm of torque, while the latter is rated at 416bhp and 500Nm of torque. Both the versions come paired with an eight-speed dual-clutch automatic transmission, which channels drive to all four wheels. 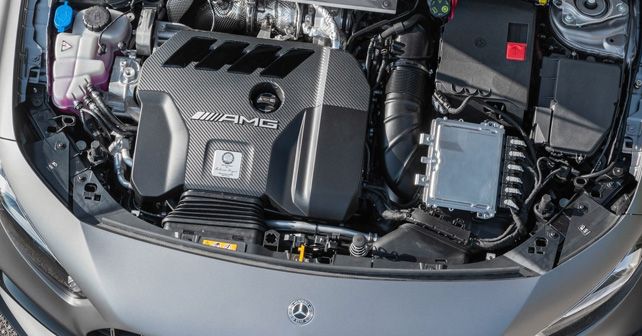 Thanks to the new engine, the A 45 and CLA 45 are going to be blistering quick! In their ‘standard’ guise, the A45 can clock 0-100km/h in 4.0 seconds, while its coupe sibling will be just 0.1 sec behind. The S derivatives will make both the cars go quicker by a tenth, meaning the A 45 S will clock 0-100km/h in 3.9 seconds, while the CLA 45 S will take 4.0 seconds. Top speed will be electronically limited to 250km/h, but you can request your AMG dealer to lift it by adding AMG Driver Package so that you can clock 270km/h!

Mercedes-AMG has also equipped the S versions with ‘Drift’ mode as standard, while it’s optional on the standard versions. Other than that, both the cars get striking and bold AMG styling, coupled to usual AMG bits and bobs on the inside. The standard versions, however, come with 18-inch wheels, whereas the S gets a 19-inch set.

There’s no news if we’ll get these new versions here in India. However, we’re hoping that Mercedes-Benz India will be kind enough to at least bring the new CLA 45 AMG here – since the previous-gen model was on sale here – if not the pocket rocket that’s the new A 45 AMG.