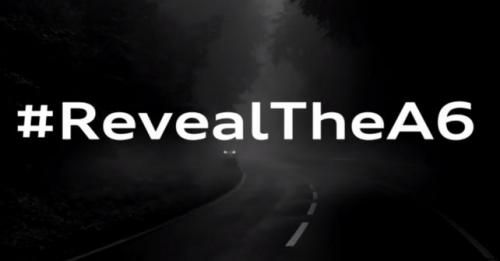 The Audi A6 is set to enter its fifth-generation very soon.

Audi Germany has officially teased the all-new A6 saloon on its Youtube channel. The teaser video revolves around the #RevealTheA6 hashtag, making it obvious that we won’t have to wait for long to see the car.

Unfortunately, that is all what Audi decided to share with the world as of now. The teaser video shows the car’s illuminated headlamps from a distance for a short while, which is not enough to judge what the new design would be like.

However, we know quite a bit about the upcoming new A6, thanks to our global partner, Quattroruote. The red car you see in the image below is the digital rendering of the next-gen A6, giving us a fair idea of how Audi’s new singleframe grill will be incorporated onto its new executive luxury saloon. The overall profile of the car is expected to remain fairly clean and understated. 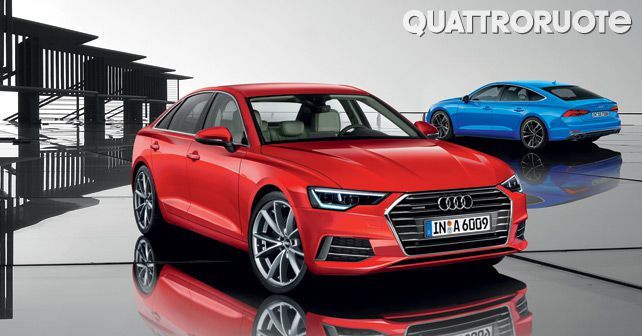 The all-new A6 will adopt the MLB-Evo platform, which also underpins a host of other Volkswagen Group's luxury cars - right from the Audi A4 to the Bentley Bentayga. It is expected to be lighter by up to 100kg - which means less consumption and emissions, as well as enhanced driving dynamics.

In terms of autonomous technology, the new A6 is expected to borrow semi-autonomous drive features from the new A8 and A7 - though these are likely not to make it to India. Under the hood, there’ll be a host petrol and diesel on offer - both in 4-cylinder and V6 forms. Later on, there would be a maniac RS6 version powered by a V8 petrol as well.

Transmissions options will include both the S-tronic (dual-clutch auto) and Tiptronic (torque converter). Audi’s well known Quattro all wheel drive system is expected to be standard on all but the least powerful versions.

The current-generation Audi A6 is the oldest car in its segment, which was launched in India in 2011. Since then, the Mercedes-Benz E-Class and BMW 5 Series have jumped a generation ahead, while Volvo has launched the very capable S90. Now that its global reveal is approaching near, we can expected the all-new A6 to launch in India in the second half of 2018.