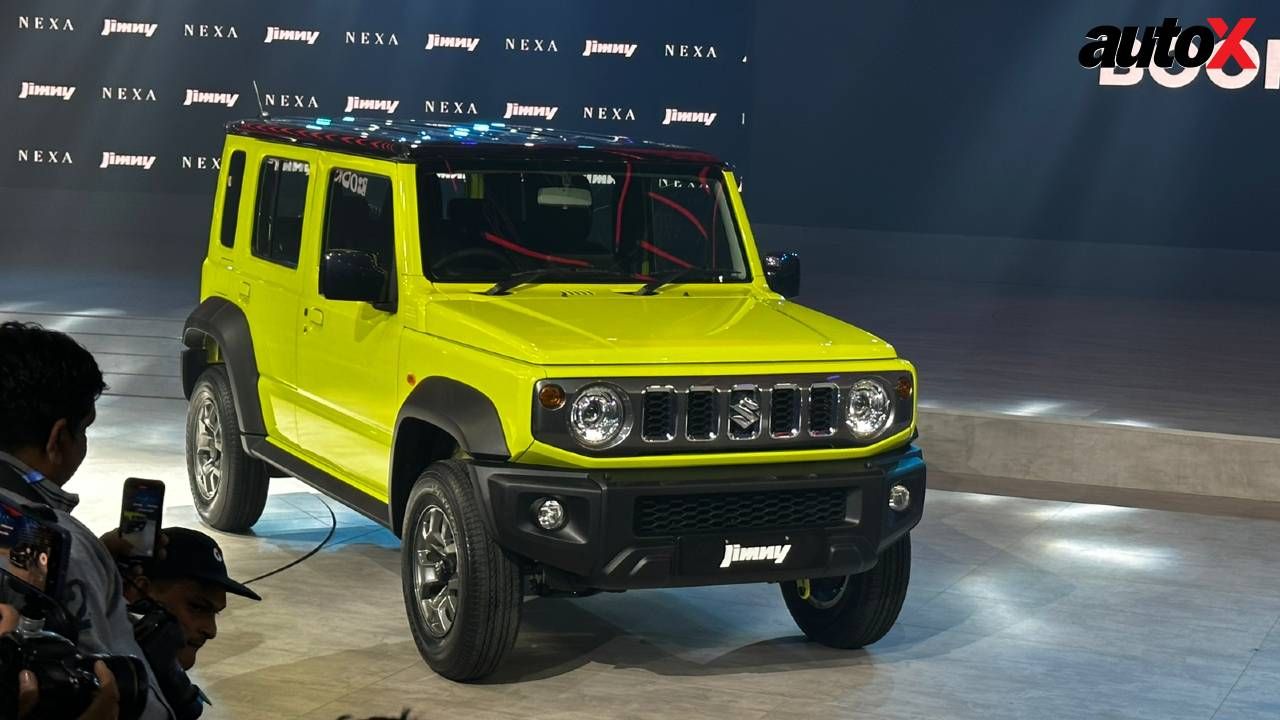 The Maruti Suzuki Jimny has a ladder frame chassis, as opposed to all other Maruti Suzuki models offered in India, which have a monocoque chassis. The 5-door variant is longer than the 3-door version to accommodate rear doors, and it also has a longer wheelbase, 300mm more than the 3-door version. Longer but with the same overall appearance: a boxy SUV with flared wheel arches, an upright front grille with circular headlights, and rectangular taillights at the back. Depending on the variants intended for India, the Jimny may have steel wheels while the lower-spec variants may have alloy wheels. The spare wheel is kept within the back door, which opens to the right on the side hinges.

The new Jimny is powered by the same 1.5-litre petrol engine found in the Ertiga, the Ciaz, and the latest Brezza. Maruti Suzuki may provide a mild hybrid system, but the Toyota-sourced self-charging hybrid is out for the time being. With a manual transmission, the engine produces 103bhp and 130Nm of peak torque. Maruti Suzuki may make the new six-speed AT available as an option.

A touchscreen infotainment system, steering-mounted controls, a 360-degree camera, cruise control, a wireless charger, and an analogue instrument dashboard with a MID are among the features that the new Maruti Suzuki Jimny is equipped with. The safety of passengers will be taken care of by a suite of safety features, including six airbags, ABS with EBD, rear parking sensors, and more.

Given its straightforward design and Maruti Suzuki's ability to offer reasonable pricing, the Jimny could become the segment's most popular SUV. The 1.5-litre petrol engine can easily cover long distances while being fuel-efficient. The Maruti Suzuki Jimmy is anticipated to cost between Rs 10 lakh and Rs 15 lakh (ex-showroom) since it is a sub-4 metre SUV. It will compete with models like the Thar (a five-door version is in the pipeline) and the upcoming five-door Force Gurkha in this price bracket. However, options in this price range also include the Skoda Kushaq, the Hyundai Creta, and the Kia Seltos. Therefore, the Jimny will so face up against vehicles like these compact SUVs.