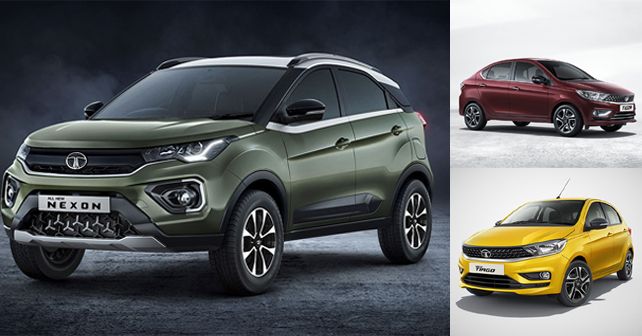 It's been a big day for Tata Motors as they've launched the facelifted, BS-VI versions of the Nexon, Tiago & Tigor alongside the all-new Altroz. While the Nexon facelift has been priced at ₹6.95 lakh, the Tiago & Tigor carry an ex-showroom price tag of ₹4.60 lakh & ₹5.75 lakh, respectively.

Tata Motors has finally entered the BS-VI Passenger Vehicle (PV) game and it has entered big! During a mega launch event held in Mumbai today, the homegrown carmaker has launched one new model (Tata Altroz) and three facelifted, BS-VI versions of existing models. And the month isn't done for them just yet, as the Nexon EV will be launched on 28th January.

Coming to the Nexon facelift first, Tata has gone on to give a BS-VI upgrade to both its engine options. This means it'll continue with the 1.5-litre Revotorq four-cylinder turbo-diesel (108bhp & 260Nm) & the 1.2-litre Revotron three-cylinder turbo-petrol (108bhp & 170Nm) motors. Power & torque figures (for both motors) remain identical to their BS-IV iterations. Transmission options (6-Speed Manual/6-Speed AMT) also remain unchanged. It has gone on sale in XE, XM, XZ, XZ+, XZ+ (O) trims, with the AMT options available as the mid-spec XMA and the top-spec XZA+ & XZA+ (O). You can read about the visual & feature updates on the Nexon facelift here.

Listed below are the variant-wise prices (ex-showroom) of the BS-VI Tata Nexon:

Apart from the Nexon, Tata has also updated its entry-level hatchback & sedan offerings - the Tiago & Tigor. However, with the BS-VI upgrade, both these models are now on sale only as petrol-powered (1.05-litre diesel engine discontinued). The BS-VI Tiago's prices range from ₹4.60 lakh to ₹6.60 lakh, while the BS-VI Tiago facelift will cost you between ₹5.75 lakh and ₹7.49 lakh (all figures are ex-showroom, pan-India). Compared to the BS-IV versions, the starting prices for both models have increased in the range of ₹10,000 - ₹20,000. 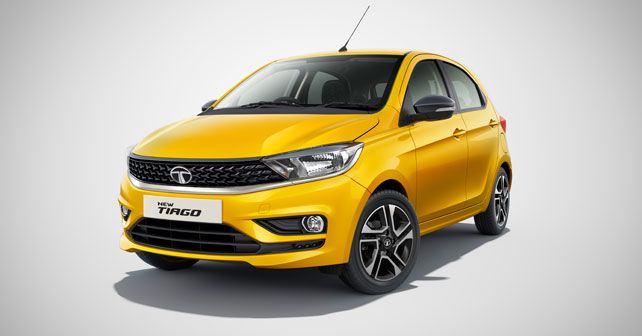 Much like the Nexon, the facelifted Tiago & Tigor get revised front & rear fascias. Changes have been made to the front & rear bumpers, front grille and the headlight/taillight units. Inside, the major change is headlined by improved upholstery materials. As for the engine, the 1.2-litre three-cylinder naturally-aspirated petrol motor churns out 85bhp & 113Nm. 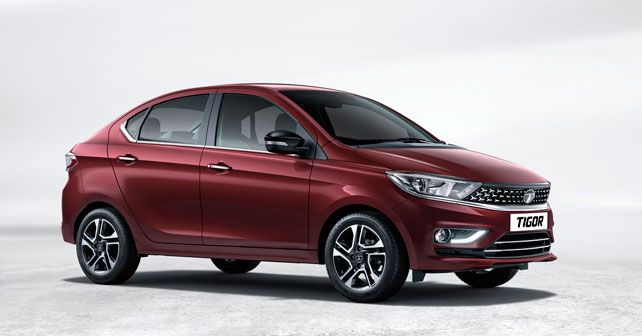 Listed below are the variant-wise prices (ex-showroom) of the BS-VI Tiago & Tigor: