Carbon fibre McLaren Senna from MSO dropped ahead of Geneva 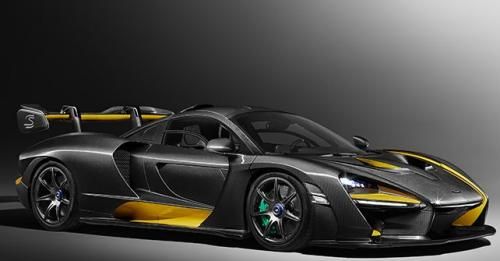 Prior to its debut at Geneva, a ‘Carbon Theme’ McLaren Senna has been revealed.

McLaren is all set to showcase their new hypercar from their Ultimate Series. But they just couldn’t resist sharing some images of the ‘Carbon Theme’ Senna from McLaren Special Operations (MSO) ahead of the car’s official reveal at the 2018 Geneva Motor Show.

Developed by MSO, the Senna ‘Carbon Theme’ is one of five special-themed editions, which will be available as McLaren's bespoke customisation division. The other four versions will only be showcased in digital form, when they are revealed at Geneva. Their public debuts will be staged later. 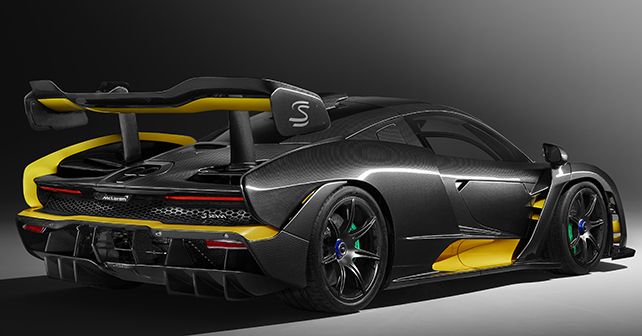 As the name suggests, the Senna ‘Carbon Theme’ will feature additional carbon fibre elements. McLaren claims that it’s made up of 67 special parts. Additionally, the yellow accents on the front aero blades, exterior door sills and the rear wing in combination with the green brake callipers are elements that were chosen as a tribute to Ayrton Senna’s helmet colours. The customisation of a standard car takes around a thousand hours, out of which 250 hours are needed for the yellow paint accents itself. 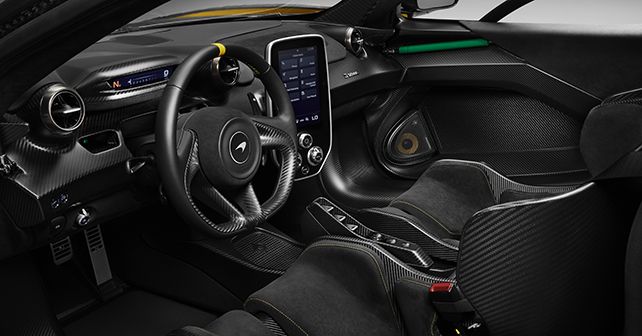 The cabin features a similar number of updates like yellow stitching on the seats, steering wheel band and door panels. The headrests also feature an ‘S’ stitched in the same yellow that stands for Senna, while the rest of the interior is finished in carbon black Alcantara.

If you’d set your sights on the Senna, which will set you back by $1 Million (~Rs 6.51 crore), but you now wish to own the ‘Carbon Theme’ variation, you will need to shell out an additional $413,000 (~Rs 2.7 crore). What is interesting is that since the Senna was shown by McLaren for the first time, it has since been sold out.