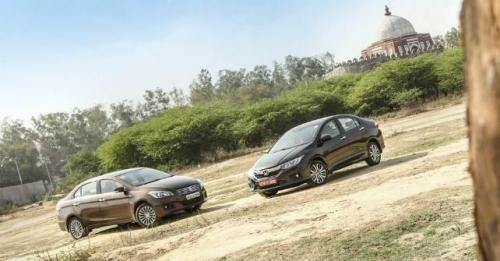 While car sales in February fell slightly as compared to January, it overall remained a strong month for most carmakers.

The new Swift also witnessed a strong start. Launched at the 2018 Auto Expo, the new Swift’s bookings had unofficially begun two months prior to its launch. At 17,291 units sold, it has become the sales leader of its segment by a good margin.

Moving up, both Baleno and Vitara Brezza also easily dominated their respective segments. The former sold roughly 4,000 units more than its chief rival, the newly facelifted Hyundai i20, while the Honda Jazz (2,257 units) still struggled to match the might of its rivals.

In the compact SUV segment, both the EcoSport’s (5,438) and Nexon’s (4,163) numbers were down as compared to January. However, unsurprisingly the Brezza (11,620) remained in a league of its own. The aging Mahindra Bolero (including the sub 4-metre Power+) managed to sell well enough to enter the top 10 list.

February wasn’t particularly a good month for mid-size sedans, as all of them witnessed slightly falling sales. The Maruti Suzuki Ciaz (4,897) was the sales leader, followed by Hyundai Verna (4,001) and Honda City (3,885). The D-segment saloons continued  to sell in small numbers, where Toyota Corolla Atlis clocked 384 units, followed by Skoda Octavia (201) and Hyundai Elantra (151).

Skoda’s debut SUV, the Kodiaq, seems to have settled around the 200 – 300 units per month mark. Last month it managed to find 223 new homes, while the Fortuner (1,961) remained a hot favourite of the big SUV segment. It was a good month for the Ford Endeavour, where it sold 814 units, a healthy 54 per cent month-on-month increase.