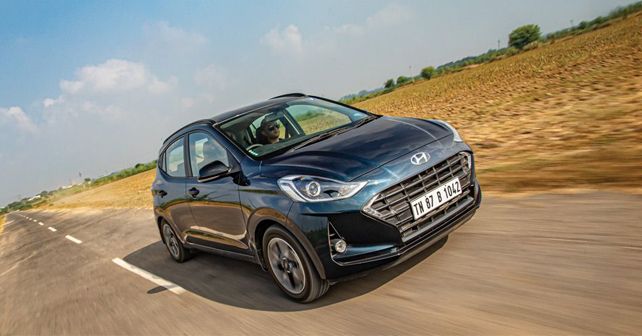 Hyundai Grand i10 Nios CNG is available in two variants, the Magna and the Sportz, and are priced at ₹6.62 lakh and ₹7.16 lakh respectively, ex-showroom Delhi.

Hyundai had announced back in February that they will launch the Grand i10 Nios CNG variants in March, but as the Coronavirus has managed to completely turn the world up-side-down, as expected the soft launch was delayed. Hyundai has updated its website and has now confirmed the availability of the bi-fuel variants.

The Grand i10 Nios CNG comes in two variants, the Magna and the Sportz, and are priced at ₹6.62 lakh and ₹7.16 lakh respectively, ex-showroom Delhi. Even though it is powered by the same 1.2-litre Kappa engine as the standard petrol model, but the CNG version’s output is 68bhp and 95Nm, not 82bhp and 114Nm as compared to its sibling. Both the versions come mated with a 5-speed manual gear stick. Like most of the CNG hatchbacks, the Grand i10 Nios too offers a bigger 60 litres tank capacity as compared to the 37 litres petrol tank.

Now the price difference between the Magna and the Sportz is ₹54,000 as the latter is equipped with a host of features like front projector fog lamps, rear parking camera, rear defogger and alloy wheels. Moving on to the cabin and the difference between the two becomes even more evident as the Sportz variant gets an 8-inch smart touchscreen infotainment system that’s equipped with Apple CarPlay, Android Auto, voice recognition, fully automatic air conditioner and a 5.2-inch multi-information display tucked inside the digital speedometer cluster.