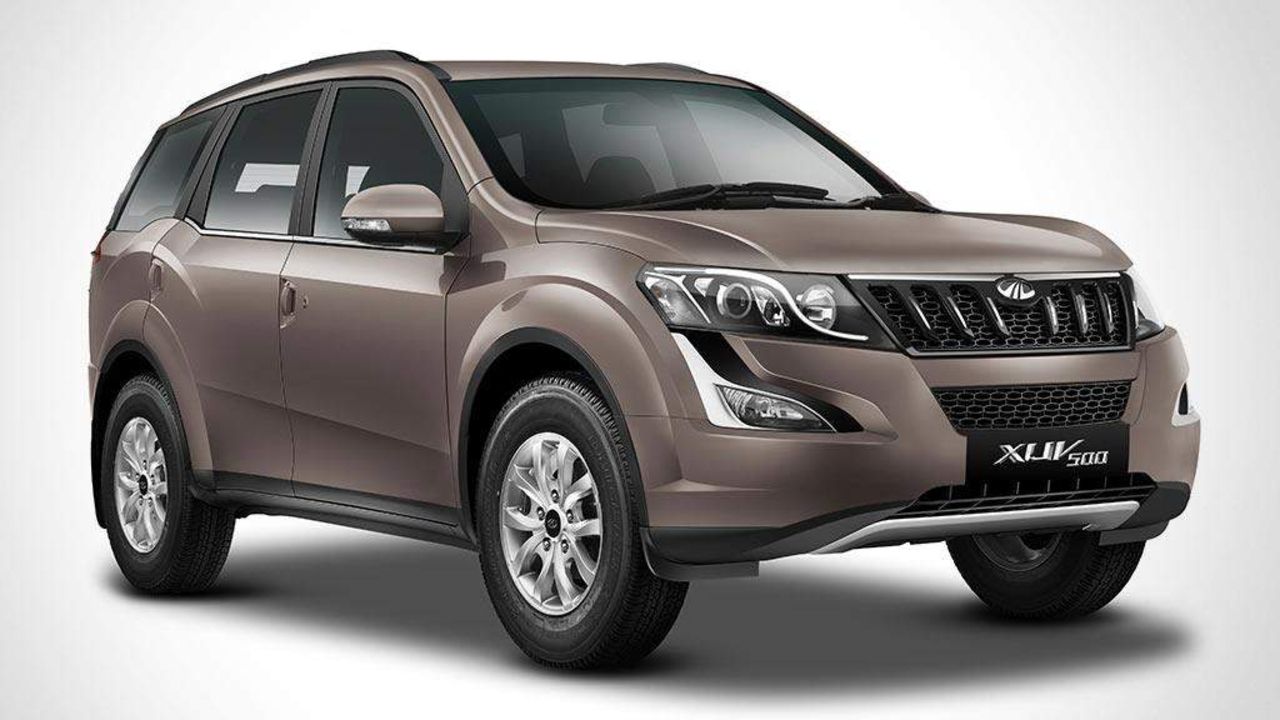 Mahindra XUV500 could very well be at the end of the line and make way for the upcoming XUV700. This means that the XUV700 could debut with a very competitive introductory price.

Yesterday, Mahindra announced the launch of XUV700, which will take place sometime in Q2 of Financial Year 2022. However, in a recent post on social media, Mahindra has confirmed that the XUV500 will be temporarily discontinued post the launch of the XUV700, i.e., sometime by September 2021.

The Mahindra XUV500 is currently priced between Rs 13.83 and 19.56 lakh (ex-showroom) and is offered in seven variants. Following is the variant wise ex-showroom Delhi price breakup of the XUV500: 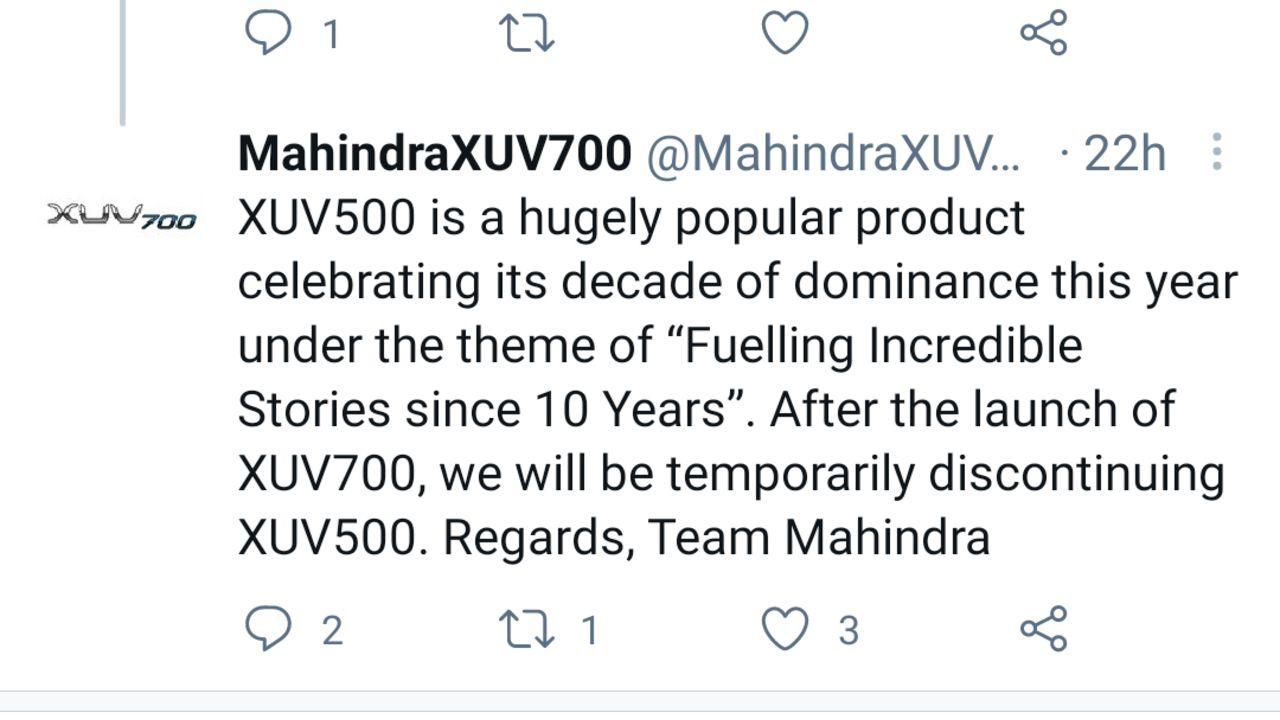 The engine on offer is a 2.2-litre turbocharged diesel unit that puts out 152bhp at 3,750rpm and 360Nm of torque between 1,750 and 2,800rpm. The engine comes mated to a six-speed manual transmission. However, three variants are available with an optional six-speed torque converter automatic transmission.

Although the power figures are at par with the segment, the feature list hasn’t been updated to grab new buyers' attention. The XUV500 lacks ventilated seats, a panoramic sunroof, and other connected features, which are offered by its current rivals – the MG Hector Plus and Tata Safari. That said, these features are expected to be offered with the upcoming XUV700, which will make its debut by Q3 of 2021. However, Mahindra will temporarily discontinued the XUV500, but it's not completely unlikely for the SUV to make a comeback with revised pricing and variants list.