Maruti Suzuki Vitara Brezza to be launched on March 8 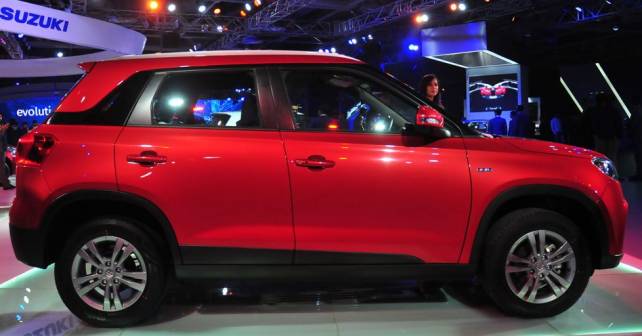 Its been a long time coming, but Maruti’s all-new compact SUV will finally be launched on the 8th of March

You can also read about the specifications of the upcoming compact SUV and how it compares with its rivals here – Vitara Brezza vs EcoSport vs TUV300: Specs Comparison

Being a compact SUV, the Maruti Suzuki Vitara Brezza will compete against the segment leading Ford EcoSport and the Mahindra TUV300 as well. While the TUV has a ladder frame chassis (which it shares with the Scorpio) the EcoSport and Vitara Brezza are underpinned by car like monocoque chassis which gives them better ride and handling traits but makes them a little less rugged for the great outdoors. Nonetheless, all of these two-wheel drive compact SUVs are designed more for tackling urban jungles.

The Vitara Brezza will be equipped well by Maruti Suzuki in terms of features as it has to take on the rather well equipped Ford EcoSport and as such will feature kit such as the CarPlay system used in the Ciaz, Baleno and S-Cross, there will also be keyless start / stop, reverse camera, satellite navigation, etc. Being a new Maruti, it is also likely to be offered with safety features such as ABS and dual front airbags as standard across variants or definitely as options across all variants.

Expect the Maruti Suzuki Vitara Brezza to be priced between Rs. 6.5 to Rs. 9.9 lakh, ex-showroom Delhi.