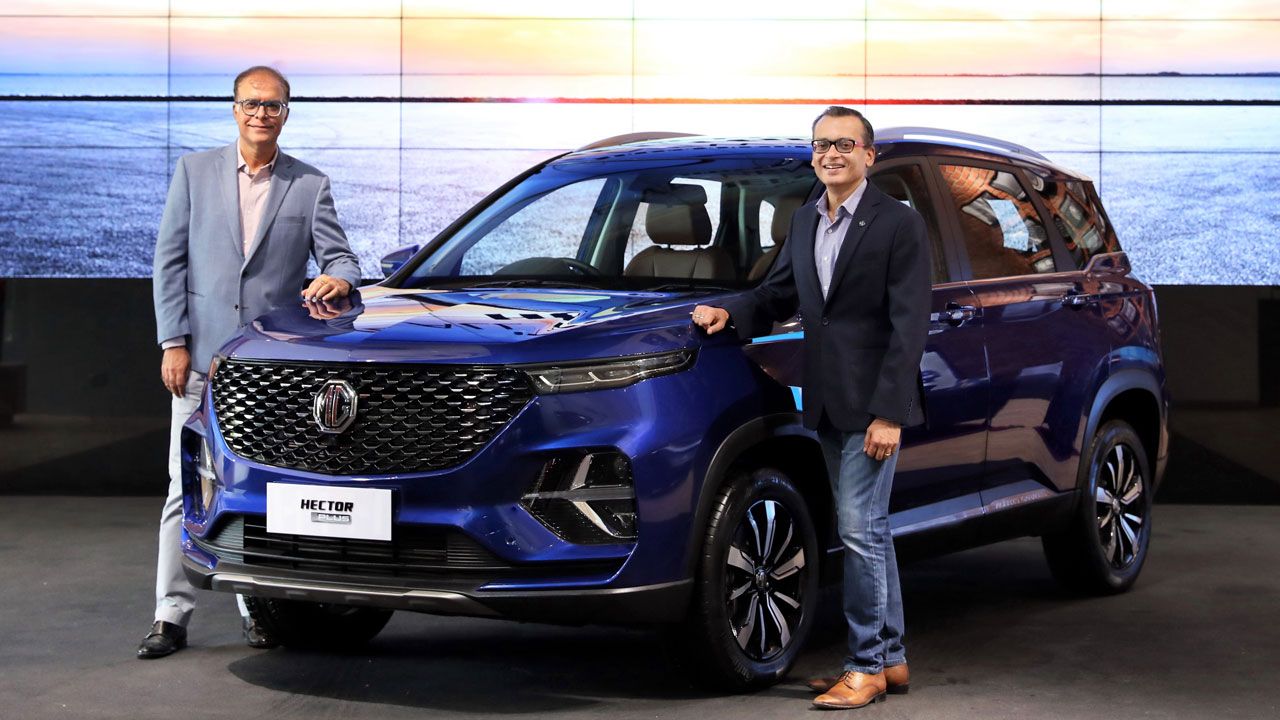 Launched only in the 6-seat variant as of now, the MG Hector Plus's price starts at ₹13.49 lakh for the base Style variant. The Hector Plus is offered in four variants and gets the same engine options as its namesake.

MG Motor India has added a third car to its product portfolio – the Hector Plus. As the name rightly suggests, this is an XL-size version of the standard Hector. Bookings for the Hector Plus had already commenced earlier this month, and the car has now been launched at a starting price of ₹13.49 lakh for the Style variant. Listed below are the variant-wise prices for both petrol and diesel line-ups. 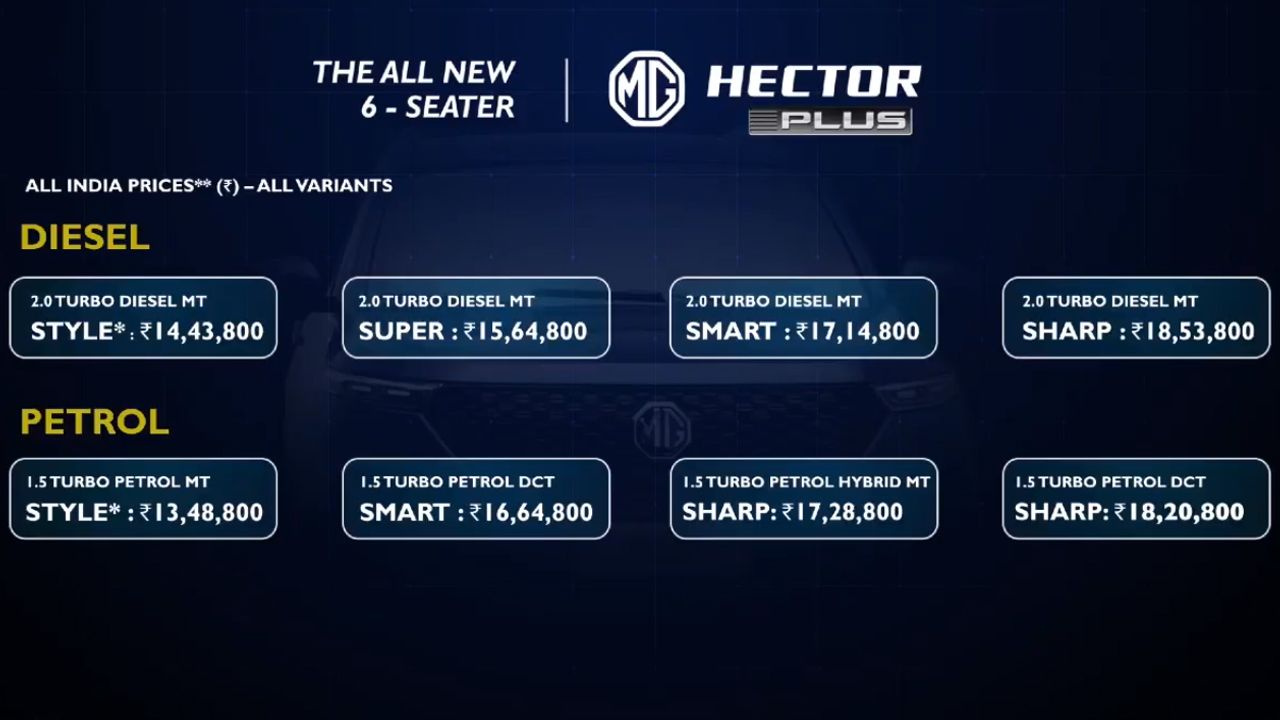 While the overall shape of the Hector Plus is largely similar to its 5-seater sibling, there are a few design elements that make it stand out. At the front, the headlights and the bumper has been redesigned, and so have been the taillights and the rear bumper. 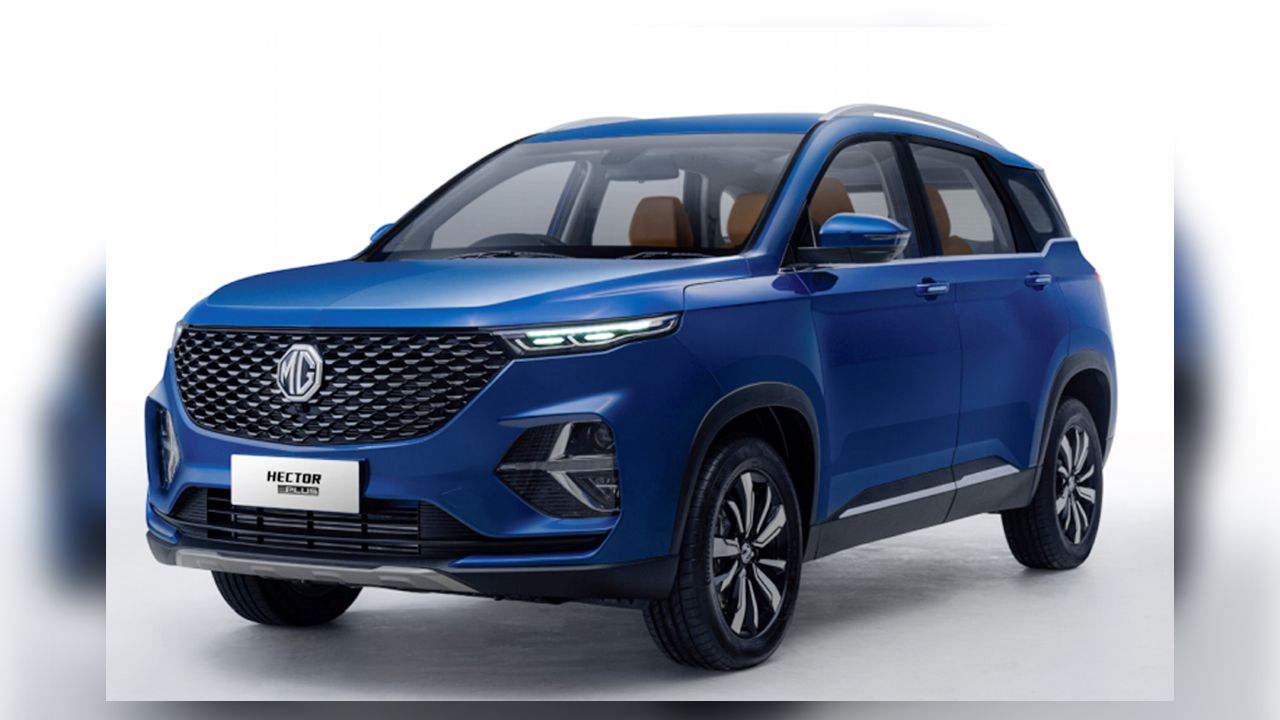 The Hector Plus will share the same engine options as its 5-seater sibling – two petrol options and a diesel. The 2.0-litre turbo diesel unit, which makes 168bhp and 350Nm, is the same as the one that does duty in the Jeep Compass. This engine only comes paired with a 6-speed manual transmission. MG will also offer a 1.5-litre turbo petrol motor, which produces 141bhp and 250Nm. There will also be the option of a mild-hybrid system with this motor. The non-hybrid 1.5-litre turbo petrol comes mated to a DCT automatic unit while the one with the mild-hybrid system only comes with a 6-speed manual transmission.

The Super trim is only offered with the diesel engine option. As far as features go, the 'Plus' suffix doesn’t change much. The Hector Plus Super variant gets LED headlights and taillights, keyless entry, height-adjustable driver seat, cruise control, and more. Inside, this trim gets a large 10.4-inch touchscreen AVN system, which only gets offline maps. Safety-wise, it comes with front airbags, ESP, TCS, Hill Hold Control, and more. MG has also fitted the Super variant with reverse parking camera, with sensors at the front and the rear. 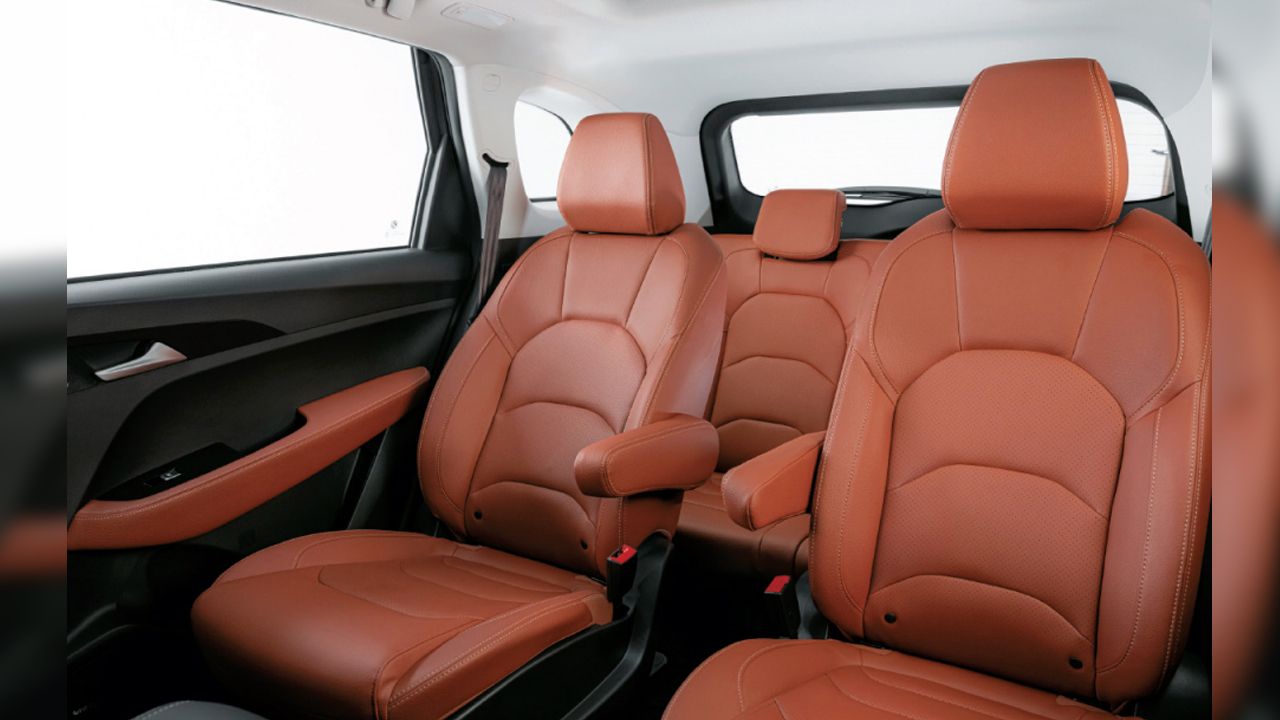 The Smart variant gets additional comfort and luxury-focused features like Sepia Brown leather seats, power-adjustable driver's seat, and push-button stop / start with Smart entry. Exterior highlights include LED fog lamps, 17-inch dual-tone alloy wheels, and some chrome elements. The biggest difference between this and the Super trim is the inclusion of the connected tech. Although the infotainment system is of the same size, it gets additional features like online maps with traffic updates, voice command (with the new Chit Chat feature), weather forecast with AccuWeather, Gaana app with a premium subscription, and over the air updates for the system. 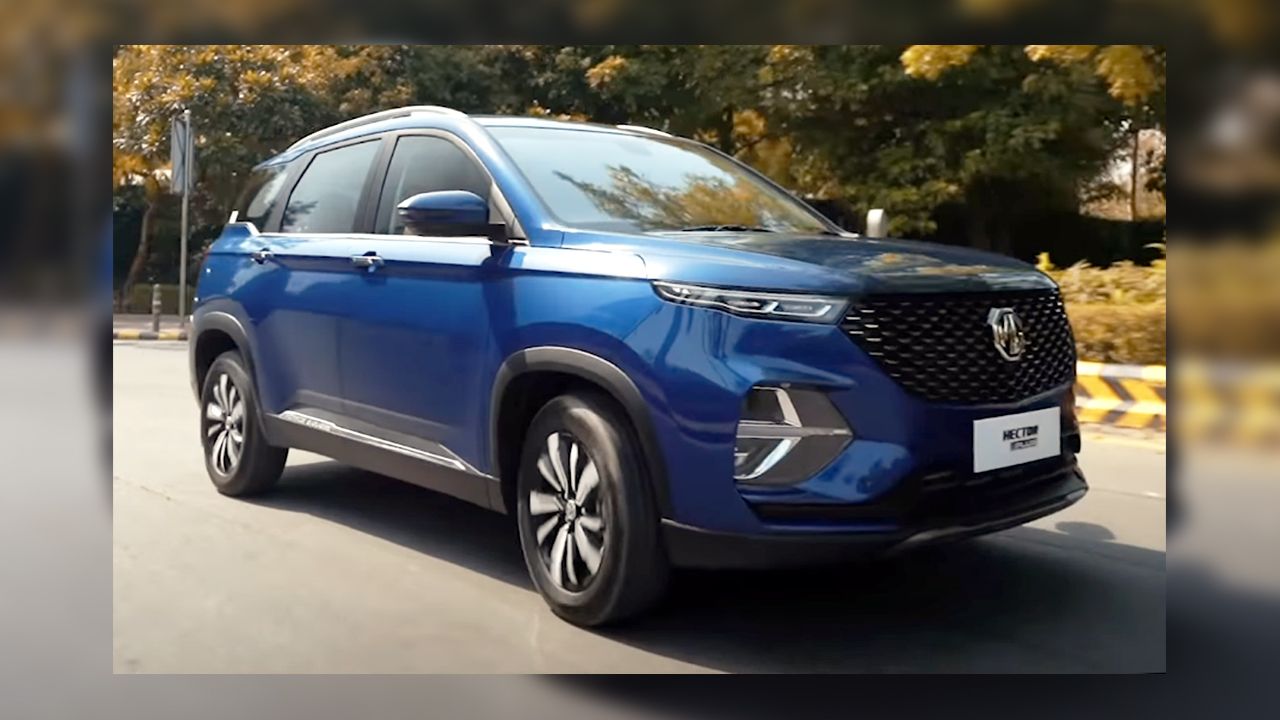 Sitting at the top of the range, the Sharp variant, in addition, gets features like heated ORVMs, a 7-inch coloured MID, 8-colour ambient lighting, and dual-pane panoramic sunroof. In terms of safety, the Sharp trim gets 6 airbags and a 360-degree surround-view camera.

MG is also offering the MG Shield package for Hector Plus with a unique 'Triple 5' protection plan, which offers a 5-year / unlimited km warranty, 5-year / unlimited km roadside assistance, and 5 free services (only the labour will be free). There's also a 3-60 Assured Buy Back Plan on offer.

The only competition to the Hector Plus comes from the Mahindra XUV500, as of now. However, Tata is expected to launch the Gravitas later during the festive season. Hyundai will also join this league, as it is preparing a 7-seat version of the Creta.