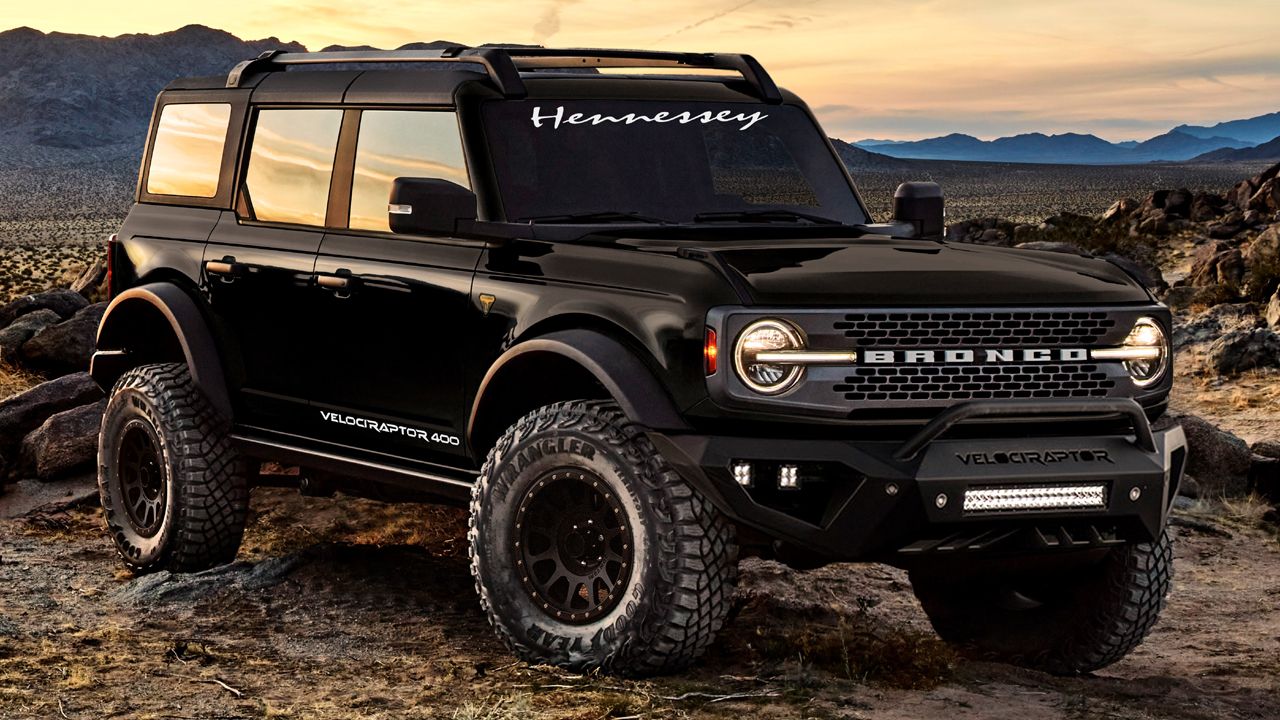 For now, the VelociRaptor 400 version is perhaps the meanest-looking Bronco that money can buy!

A while back, Hennessey Performance Engineering (HPE) had announced its intention of building a V8-powered Bronco. This was even before the actual car had gone into production. But now that the car has finally entered production, folks at Hennessey have come up with a more realistic upgrade of the Bronco in the form of the VelociRaptor 400. Available in both two- and four-door versions, with or without a soft-top, the VelociRaptor 400 Bronco is available for order now. However, a production run of only 200 units is planned for this year.

Hennessey's acclaimed VelociRaptor package brings substantial updates to the Bronco whilst retaining the original Ford 2.7-litre EcoBoost V6 and drive modes on the top-spec Wildtrak version. Mechanical updates include significant engine recalibration and new intake/exhaust systems, which have helped dial up the power and torque figures to 405bhp and 682Nm, respectively. For reference, the standard Bronco Wildtrak produces 311bhp and 556Nm of torque. The result of this bump in performance is a 4x4 that can do the 0 – 97km/h run in under five seconds.

Apart from these standard changes, customers will have further customisation options in the form of 35-inch off-road tyres on 18-inch Hennessey wheels, front and rear VelociRaptor bumpers, a retractable sidestep, and VelociRaptor branding. There's also a three-year standard warranty coverage on all Hennessey parts.