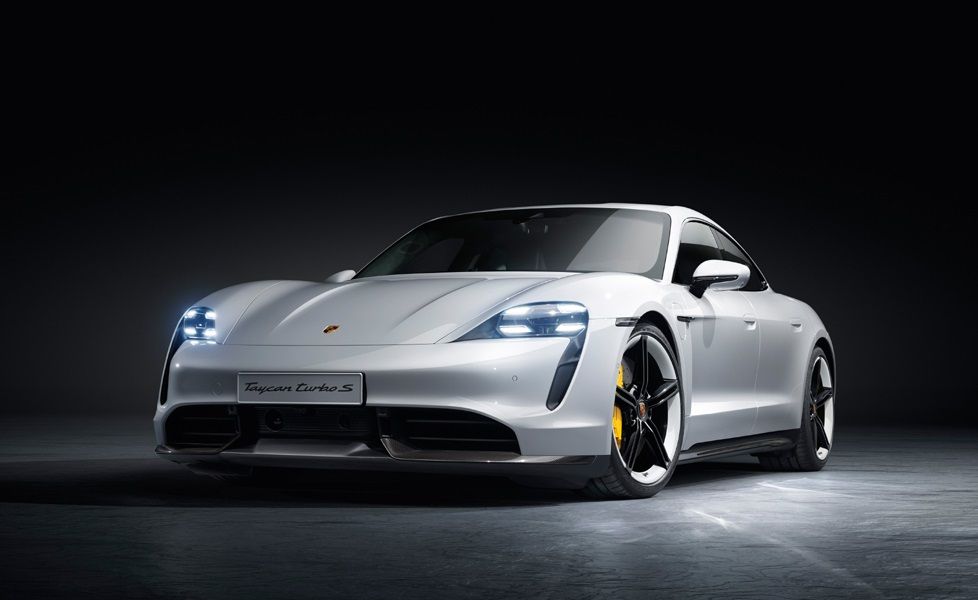 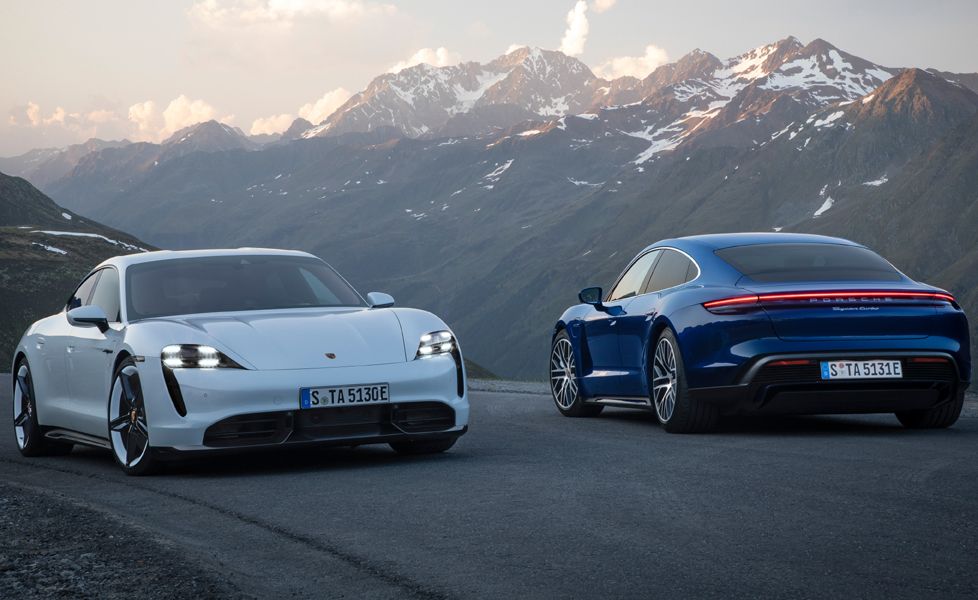 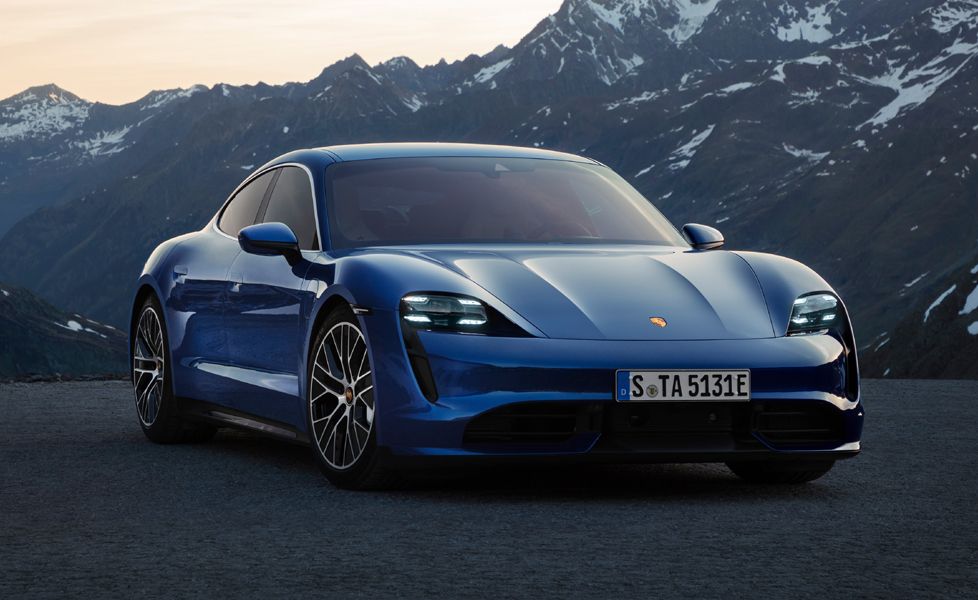 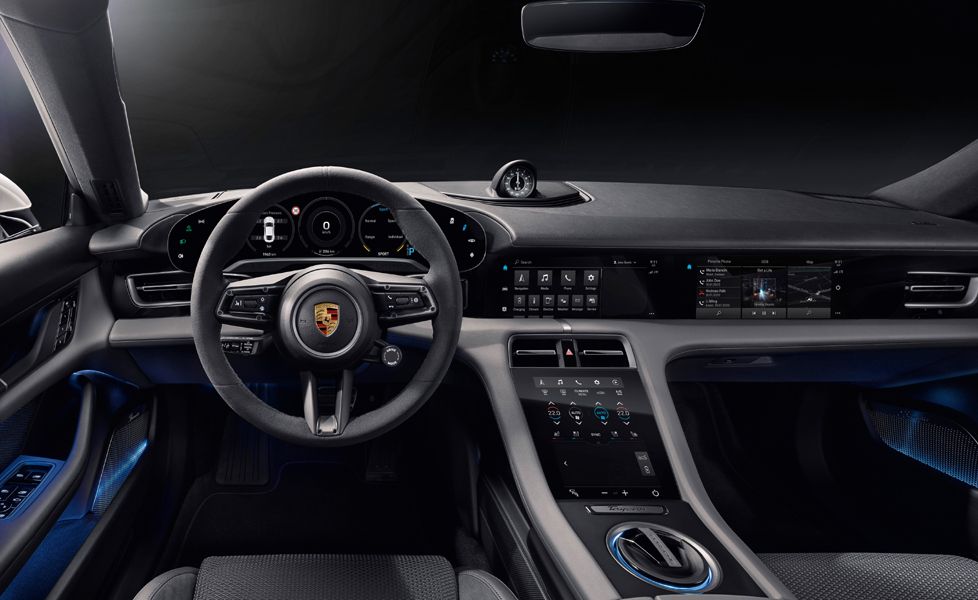 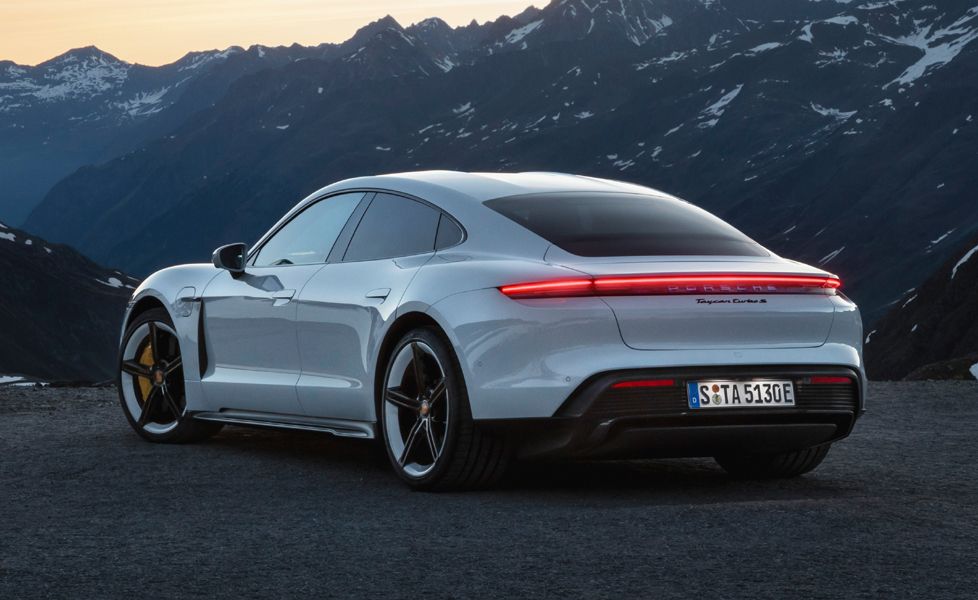 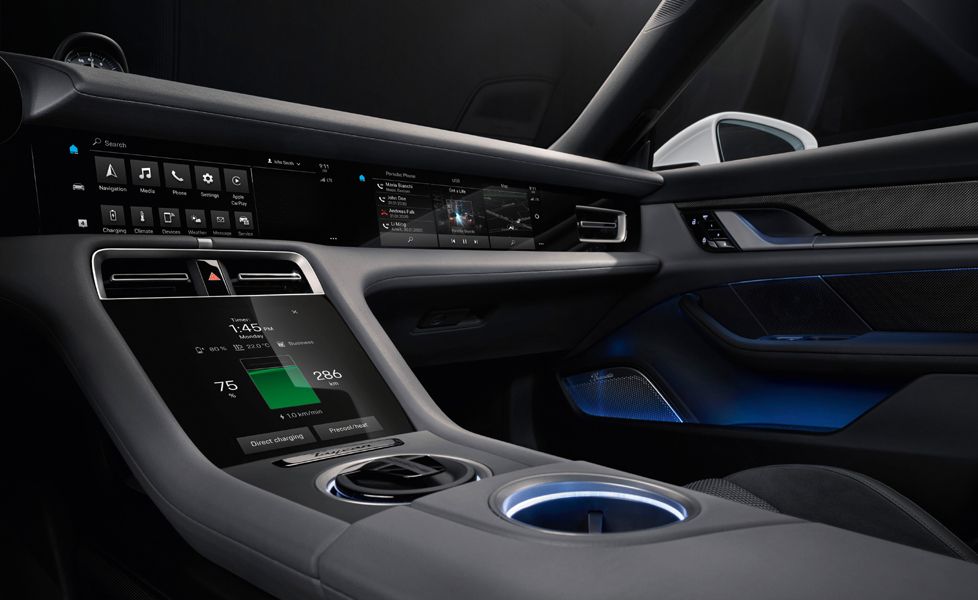 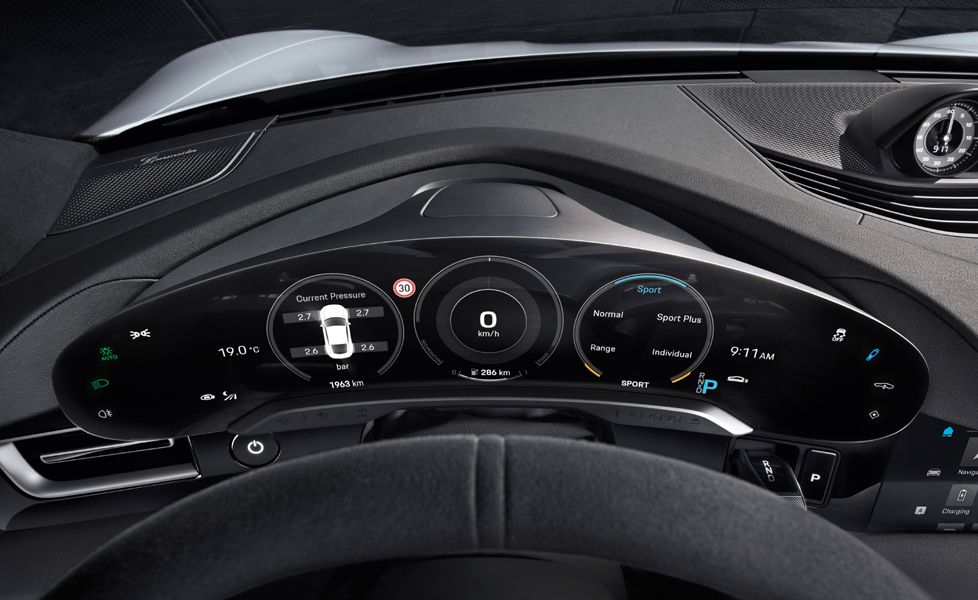 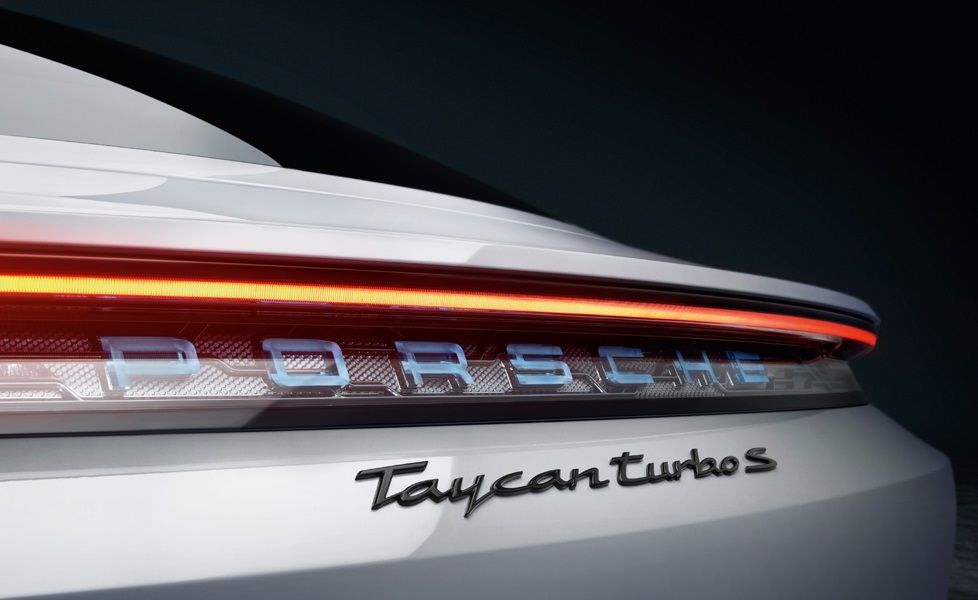 Porsche has finally taken the covers off one of its most important models for the future – the all-electric Taycan –which started life as the 2015 Mission E Concept.

The Porsche Taycan is finally, or rather officially, out in the open as the first-ever fully-electric sports car from the Stuttgart-based carmaker. The Taycan has been revealed in world premiere events held simultaneously across three continents. To start with, Porsche has brought the Taycan in two all-wheel-drive versions – the Turbo & Turbo S – which also happen to be the most powerful derivatives of the Taycan model range. Less powerful versions (starting with the Taycan Cross Turismo) are expected to debut next year.

While the Taycan represents the beginning of a new era for Porsche, its design still harks back to the traditional Porsche, with the sloping roofline & the highly contoured wings with bulging shoulders. The four-point LED headlight concept, although featuring a new design, has been seen on previous Porsches. However, what's unique to the Taycan is the new glass-effect Porsche logo, neatly integrated into the rear light bar.

Coming to some mind-boggling performance figures, the Taycan Turbo S is capable of churning out up to 751bhp (Overboost power) and 1,050Nm of torque, which gives it a 0-100km/h time of just 2.8 seconds. What aids the performance is the Taycan's Coefficient of Drag (Cd) of just 0.25, which makes it highly aerodynamic. Even with these performance figures, the Turbo S version can drive between 388-412km on a single charge (as per WLTP test cycle). Meanwhile, the Turbo derivative puts out a maximum of 670bhp (Overboost power) & 850Nm of torque. As a result, the Turbo is a bit slower in going from 0-100km/h, which is achieved in 3.2 seconds. In terms of driving range, the Turbo offers a longer maximum range of 450km (as per WLTP test cycle). Both derivatives, however, have a limited top speed of 260 km/h.

The Taycan also becomes the first EV in the world to function using 800V system voltage, instead of the conventional 400V setup. Thanks to this, the Taycan can receive 100km worth of charge in just five minutes! (Using a DC fast-charger) The rate of charging is further supported by 270kW of charging power.

Apart from the electric powertrain, Porsche has taken a holistic approach towards being environment-friendly with the Taycan. The electric sports car becomes the first Porsche model in history to offer a leather-free interior. All of the interior surfaces have been finished using recycled materials. As for the interior equipment, most of the layout featured on the Taycan is unique to it. A central, 10.9-inch infotainment display and an optional passenger display are combined to form an integrated glass band in a black-panel look. Also, most of the conventional switches & buttons have been replaced by touch/voice commands and other intuitive forms of control.

To ensure drivers are able to enjoy maximum power levels at all times, the Taycan comes with a fully-integrated Porsche 4D Chassis Control, which acts like the car's central nervous system. It combines a host of driver aids, like the Porsche Active Suspension Management (PASM) damper control & the Porsche Dynamic Chassis Control Sport (PDCC Sport) roll stabilisation system, which also include the Porsche Torque Vectoring Plus (PTV Plus) setup.

Porsche has officially opened its order books for the Taycan Turbo and Turbo S.