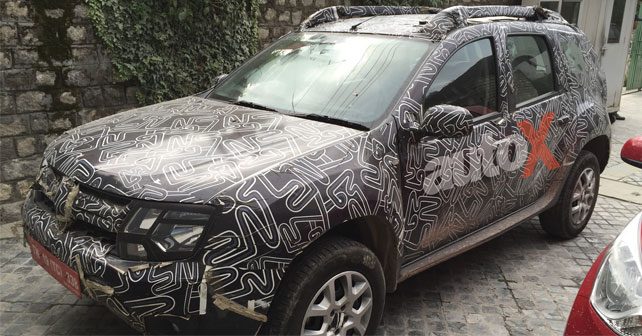 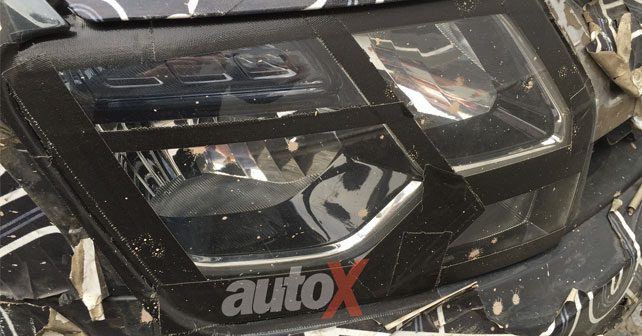 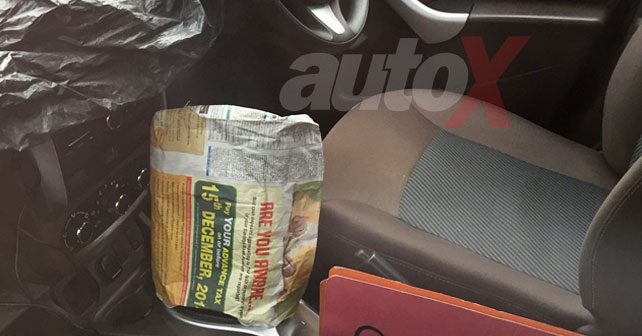 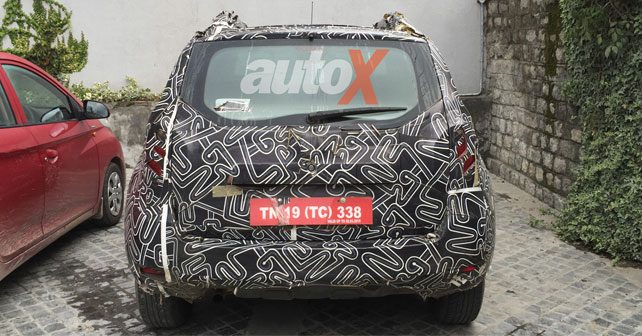 We have spotted a lower-end variant of the upcoming automatic Renault Duster. Read on to find out details about the face-lifted Renault Duster for India

We have run into an automatic test mule of the upcoming face-lifted Renault Duster. And as you can see here, all efforts are being made to contain details of this new automatic model that will also be the most major face-lift for the model ever since its launch in India.

Let’s delve in the mechanicals first as it will be a major step forward for the Renault Duster in India. It has come to light that Renault will be launching their automatic Duster in petrol and diesel guises. The diesel automatic model will continue to be powered by the company’s refined and efficient 1.5 litre, four cylinder, turbocharged diesel engine in the higher 110PS state of tune. The autobox for this engine is a six-speed dual clutch termed as the EDC or Efficient Dual Clutch system. Atleast by name, this new gearbox should work well with the Duster’s fuel efficient nature which gives the 110PS model an ARAI rated figure of 19.64 km/l. The Renault Duster diesel automatic should also be available in the top-end all-wheel drive model, allowing it to compete with the Mahindra Scorpio four-wheel drive automatic.

Earlier this year, Hyundai launched its all-new Creta compact SUV with an automatic gearbox, making it India’s only diesel automatic SUV this side of Rs. 20 lakh. But that was a niche held for a very short period of time as Mahindra played its cards and launched its automatic Scorpio days after the Creta.

It is now Renault turn to play in the automatic SUV segment. And rightfully so as the demand for automatic cars is at an all time high in the Indian automobile market as car makers across segments prefer to launch automatic models of their cars. Earlier there were rumours of an AMT equipped automatic model of the Duster being launched here. There is a possibility that Renault will launch the AMT variant of the Duster in the petrol model to compete against the Ford EcoSport automatic petrol model.

Renault is also working hard to freshen the Duster’s appeal with new head lamps featuring LEDs, new LED tail lamps as well. The car will also get a new front grille and new alloy wheel design, although the example seen here is a lower end variant with steel rims and plastic wheel caps. At the time of launch, the automatic Duster (atleast the diesel version) will be launched in higher up trim versions.

Renault has also redesigned the interiors of the new upcoming Duster to quite an extent with a new dashboard and new seat upholstery. The steering wheel and HVAC controls remain the same, but lower end variants will get a new stereo.

Stay tuned to autoX for more details on the upcoming face-lifted Renault Duster.