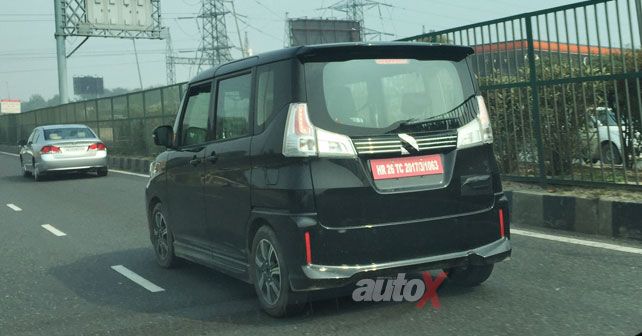 While the Suzuki Solio has been spied in India since 2018, the arrival of this more premium Solio Bandit version further adds to the ambiguity of its India plans as there is still no confirmation of its market launch.

Spy shots of the Suzuki Solio have been circulating on Indian motoring websites for two years now, but there is still no confirmation of its launch in the Indian market. And yet, we have spotted the car once again on our roads. The difference with this car is that this is the Solio Bandit variant which features a dual-tone paint theme internationally along with split front lamps, a different grille, front bumper, alloy wheels, etc.

This is the fourth-generation model of the Suzuki Solio that is available in international markets and is, in fact, also rebadged and sold as the Mitsubishi Delica D2 as well.

Nonetheless, the Solio Bandit is powered by Suzuki’s 1.2 litre dualjet petrol engine and features the mild hybrid system that is currently on offer in multiple Maruti Suzuki models. In fact, the Baleno dual jet with the same powertrain combination is on sale here as well with a CVT automatic transmission. 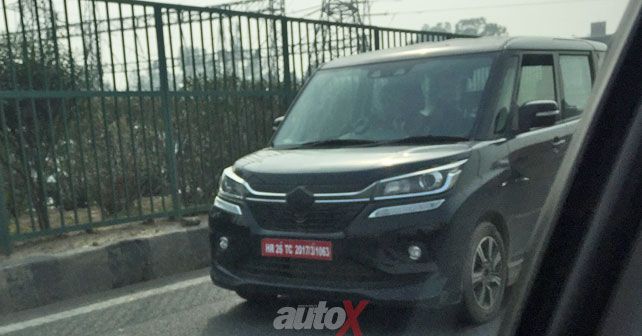 The Suzuki Solio is a Japanese Kei car that is well under four meters in length which will ensure that it reaps compact car tax benefits in India, should it go on sale here. The Solio is sold as a five-seater in international markets but it comes with 50:50 split folding rear seats which makes it more comfortable as a four seater. Although, you do get a three point seatbelt for the middle occupant. The rumour mill in India has been running for the past two years here stating that this is slated to be a seven-seater model for India. Although, considering its 3,710–3,720mm length and extremely compact dimensions, its conversion seems like quite an uphill task. Especially, considering the fact that boot space is very tight with the rear seats in place.

So where does the Solio fit into the Indian market? It’s far too compact to challenge the likes of the Maruti Suzuki Ertiga and Mahindra Marazzo and it certainly will be more expensive than a Datsun Go+ and Renault Triber given that its build quality and powertrain setup are superior and it even has electric sliding rear doors. Well, the answers continue to remain at large as there is still no clarity on whether the Solio will be launched here or not. And the arrival of this more premium Solio Bandit test car just adds to the ambiguity at this stage. 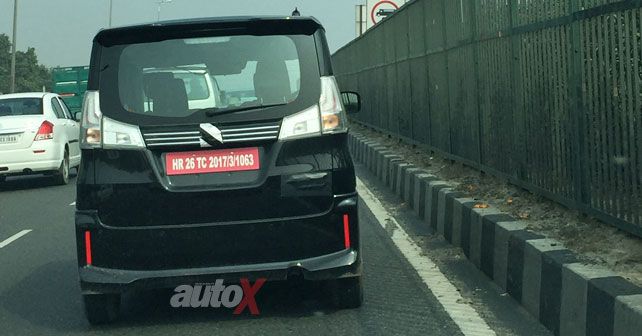