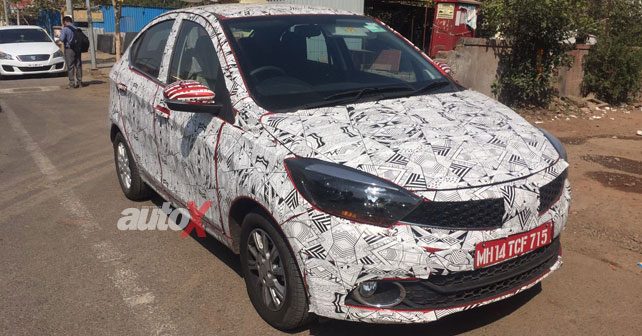 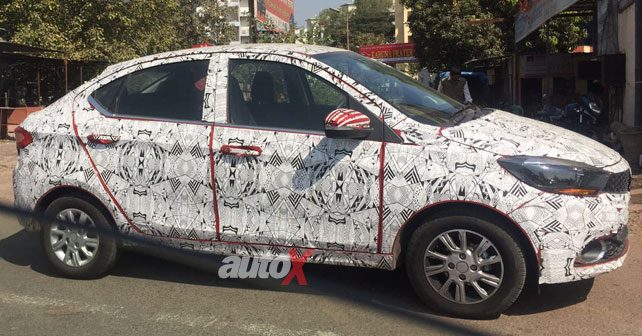 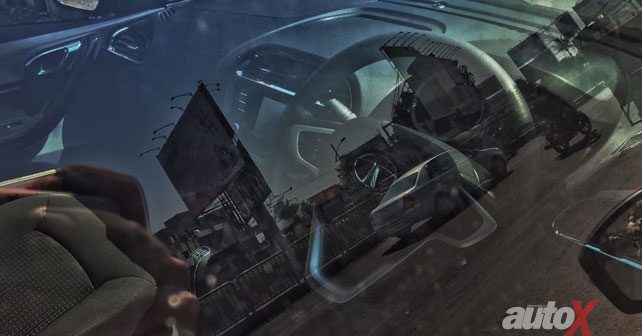 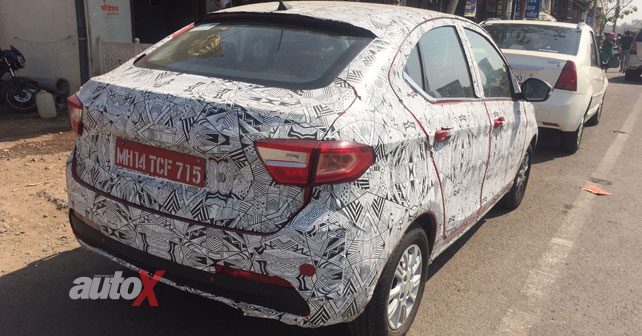 Soon after we spied the Nexon testing we also came across the upcoming Tata compact sedan doing its test rounds in Maharashtra.

It’s been a while since the Tata Kite 5 has been caught testing. We came across it earlier today testing in Maharashtra and thought we’d brush up your memory about what you can expect from it.

It’s been a while now since the launch of the Tata Tiago has been on sale and it has met with good market response thanks to its cute styling, upmarket interiors and healthy feature list. At the 2016 Greater Noida Auto Expo Tata also showcased the compact sedan version of the Tiago codenamed as the Kite 5. The Tata Kite 5 compact sedan is based on the same platform as the Tiago and will be powered by the same range of 1.2 litre petrol and 1.05 litre diesel engines mated to a five-speed manual gearbox. There is talk of Tata bringing in an Automated Manual Transmission (AMT) into the Tiago as well, which means the Kite 5 will get it too.

Tata’s Kite 5 will come loaded with the same amount of equipment as the Tiago. Which means top end variants will get the Harman infotainment system with eight speakers and Juke-car turn-by-turn navigation app in conjunction with a Smartphone. Safety features will include anti-lock brakes with electronic brake force distribution and dual front airbags.

You can also read our review of the Tiago here - Tata Tiago Review: First Drive